With the Xiaomi Mi 9T and Mi 9T Pro, Xiaomi introduced the T-series in 2019 as an answer to OnePlus. What the series stands for is hard to discern. In this series, the focus of the Xiaomi 11T series shifts to charging. Finally, the Xiaomi 11T Pro is the first globally available smartphone with 120W charging! 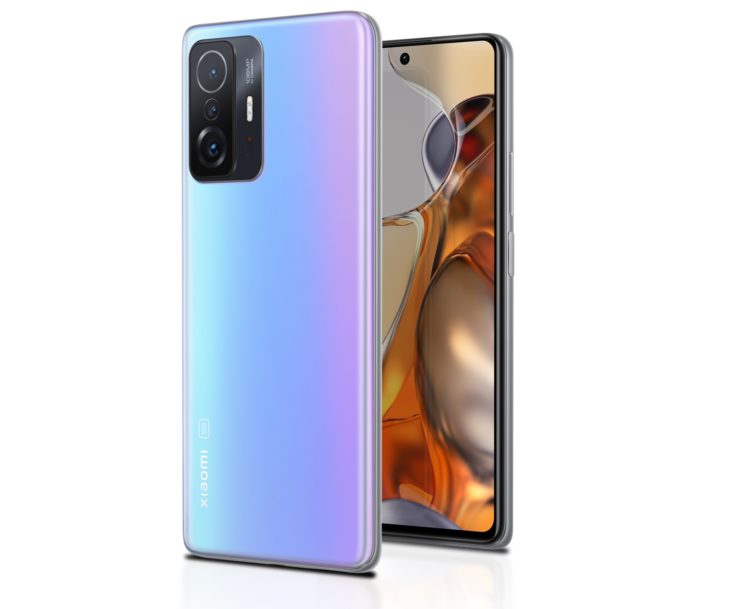 Everyone can be forgiven for getting confused with the various Xiaomi smartphones. However, you can distinguish the 11T (Pro) and the Mi 11 at first glance. Like in the predecessor, the front-facing camera is once again in the center at the upper edge of the screen; Xiaomi almost only positions it on the upper left in the top smartphones. With a screen diagonal of 6.67 inches and the resulting length of 164.1 mm, it is also minimally shorter. Not only that, unlike the flagship, Xiaomi relies on a flat screen design for the 11T and 11 T Pro. However, it also relies on a fingerprint sensor on the side. 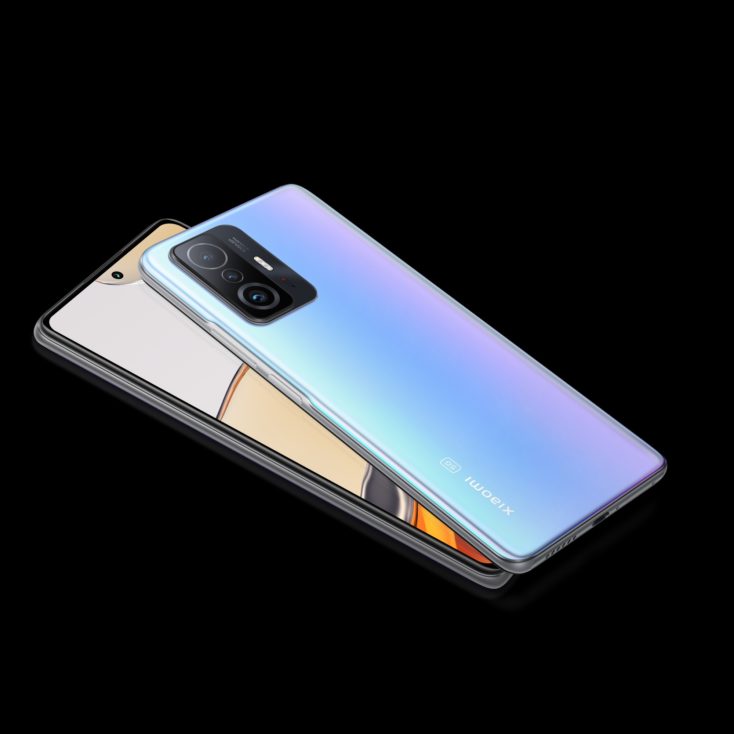 The screen is one of the most serious upgrades compared to the predecessor. The Xiaomi Mi 10T Pro made headlines with a 144 Hz refresh rate, but it was an LCD. Now, the Xiaomi 11T and 11T Pro are also equipped with an AMOLED display with a Full HD+ resolution of 2400 x 1080p. However, the refresh rate is “only” 120 Hz, but the difference to 144 Hz is hardly present. You do get a similar panel in cheaper Xiaomi phones like the Redmi Note 10 Pro, but the one in the 11T lineup gets up to 1000 nits of brightness, supports 10bit color depth with a billion colors, and has a 480 Hz touch sampling rate. Not to mention, it supports HDR 10+ and is protected by Gorilla Glass Victus. 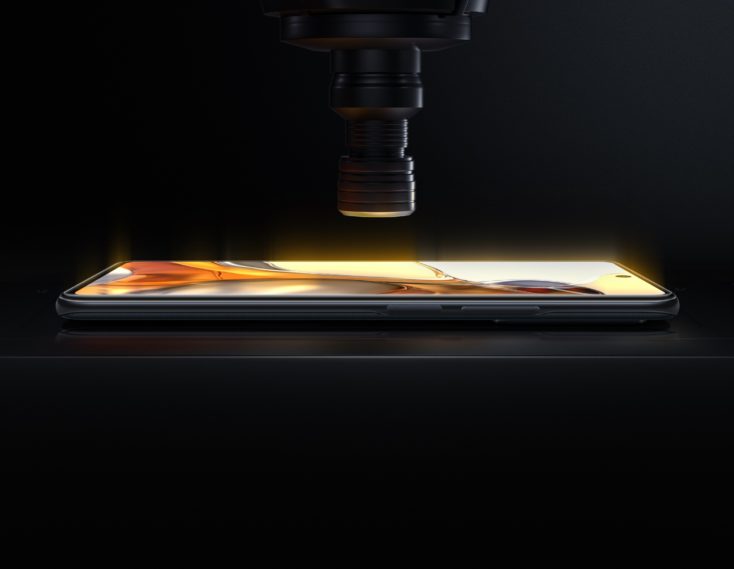 The camera bump says goodbye to the pyramid-like arrangement of its predecessor. Instead, the linear arrangement of the triple camera resembles the Redmi models. This is not surprising, the Mi 9T Pro was based on the Chinese Redmi K20 Pro. The Xiaomi 11T and 11T Pro are available in the same three colors: Meterorite Gray, Moonlight White and Celestial Blue. 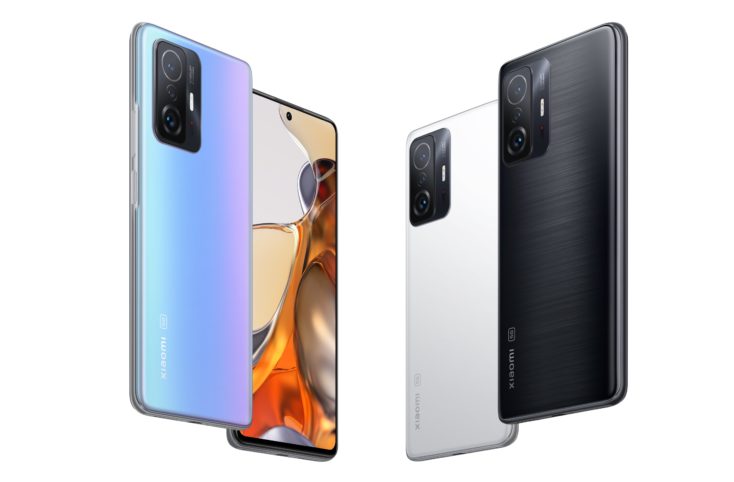 The old game: Qualcomm vs MediaTek

The third generation of the T-series also differentiates between the normal and Pro version, but the main difference is the processor in this generation. Interestingly, the Xiaomi 11T Pro uses Qualcomm’s Snapdragon 888 processor, which also powers the Xiaomi Mi 11. The 5 nm octa-core processor with a 2.84 GHz high-power core is currently one of the strongest CPUs, but it already got a successor with the Snapdragon 888+, which is for example in the Xiaomi Mix 4. In contrast, the normal Mi 11T uses the MediaTek Dimensity 1200 processor, which was manufactured in a 6 nm process and even boasts a clock rate of 3 GHz. We are familiar with the high-end processor from OnePlus’ NORD 2, where it surprised us very positively. The performance is almost on top level.

The Xiaomi 11T comes with either 128 or 256 GB of UFS 3.1 storage, and the working memory is 8 GB in both cases. The Pro version has the same configurations, but it is also available with 12 GB LPDDR5 RAM and 256 GB mass storage. However, the storage is not expandable. 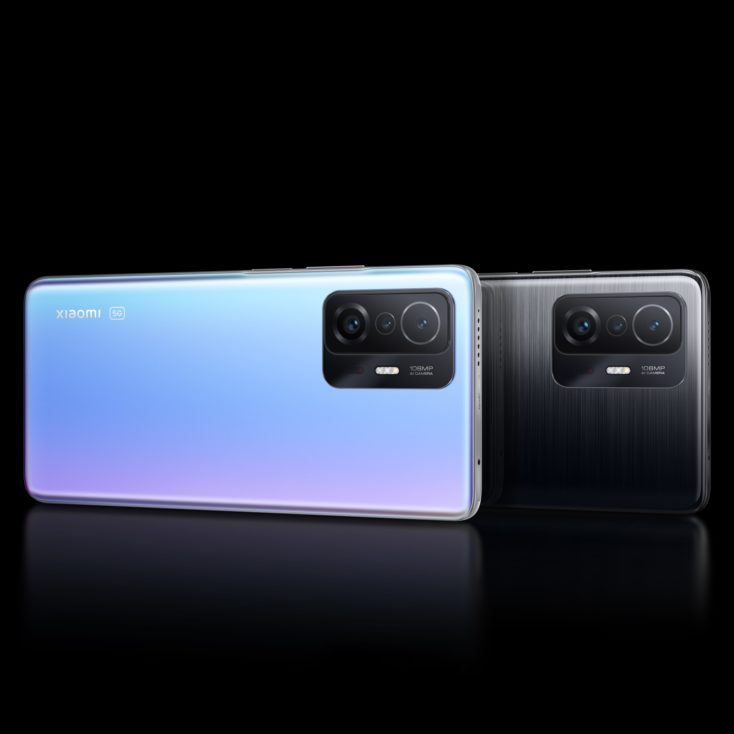 In return, you do not have to make any concessions in terms of the camera, where the main difference was last year. Like in the Xiaomi Mi 10T Pro, the 11T and 11T Pro now feature the 108 MP sensor from Samsung with a ƒ/1.75 aperture with electronic image stabilization. Pixel binning is used, so nine pixels are always combined into one, resulting in 12 MP photos in normal mode. Xiaomi combines this with an 8 MP ultra-wide-angle camera with a 120° shooting angle and the 5 MP telemacro camera with a 3 cm closest focusing distance, which we have known since the POCO F2 Pro. The selfie camera resolves at 16 MP.

The second major difference between the two versions is the charging power. The Xiaomi 11T Pro is the first globally available smartphone with strong 120W charging! A corresponding charger is even included in the scope of delivery. The 5,000 mAh battery should be charged in just under 25 minutes, but wireless charging is unfortunately not available, which is reserved for the Mi 11. We already know 120W charging from the Xiaomi Mix 4, but the technology has only been released in China so far. The 11T charges with 67 W, but the charger is also included.

Another difference are the speakers. Although the cheaper Mi 11T also has stereo speakers, only the Pro version gets the “Sound by Harman Kardon” branding like the 11 and 11 Ultra. This also allows slight adjustments in the software, and the sound was very good in the other models. However, both phones support Dolby Atmos.

There is a USB-C port on the bottom, but the phone does not have a jack or a microSD slot. Only two nano-SIM cards fit into the two slots of the dual-SIM slot, both of which can be 5G-capable since all important frequency bands are on board. The same applies for LTE. However, WiFi 6 is also not missing, nor is Bluetooth 5.2, GPS and NFC for contactless payment.

Like every Xiaomi smartphone, the Xiaomi 11T and Xiaomi 11T Pro are equipped with MIUI 12.5. This is Xiaomi’s in-house operating system based on Android 11, and all Google services and the Play Store are included. However, a promise that Xiaomi already made in the run-up is new. Xiaomi promises three Android updates and four years of security updates for the 11T series – very nice!

It is still a bit difficult to clearly define what Xiaomi’s T-series stands for. It is not considered the successor of the normal Mi series, but lacks wireless charging, a higher-resolution display and the “fancier” design. However, the 120W charging and the two processors offer a lot of performance for a lower price. The 11T and 11T Pro sound much more like Redmi than Xiaomi. We are finally happy about the 120W charging for other countries than China! In return, the camera setup could have used an upgrade in my opinion.