12 Kommentare July 31, 2019by Jens
Hey, guys! Just a heads up: The linked offer is already a bit older and the price of the gadget might have changed or it might not be available anymore.

This is a gadget that definitely has a practical application and should be helpful especially on holiday. Xiaomi now also has a gadget that translates spoken word for the user.

Place an order in a restaurant, or simply ask for directions – thanks to translation in both directions, even conversations in which no one speaks the same language are conceivable. That’s why we tried it ourselves… and unfortunately we were quite disappointed. Why, you can read it here. 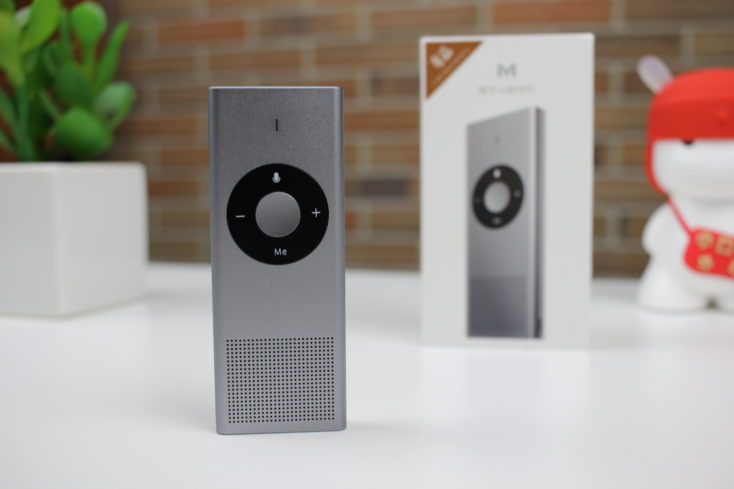 Universal translator on every trip abroad?

The problem is familiar to anyone who has ever travelled through a country whose language they do not speak. If both parties do not speak English, communication can sometimes be difficult. In Asian countries like China, for example, this is even more noticeable. As communication between China and the West becomes more and more frequent and important, there are all kinds of devices, tools and apps to help with translation.

This device, whose familiar name simply means “AI translator”, does just that. If you speak an English (or other-language!) sentence into the device, it will then be output in translated form, for example in Chinese. At least this is the promise that Xiaomi makes the device. The software for the translation comes from Microsoft.

I don’t want to say too many words about design, but this point is not unimportant either. The translator looks really chic and fits very well in the hand with the compact aluminium housing. The keys, the connectors, the surface – everything feels very good. I would have expected a USB-C port from Xiaomi instead of the Micro-USB slot, but that’s only a minimal criticism for me. 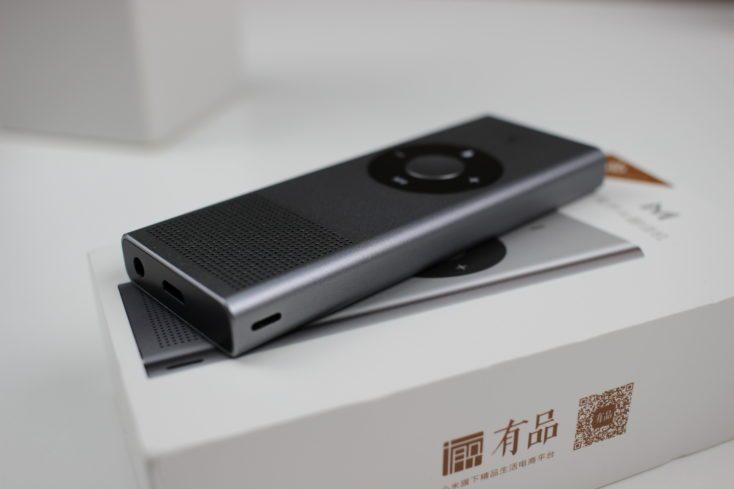 The microphone sits where it makes the most sense, at the top. That’s what you simply hold up to your counterpart. After use, the gadget fits comfortably into your trouser pocket. Oh well, you can’t deny a certain resemblance to the iPod or the remote control of the Apple TV. ?

Setup – If only one could read Chinese …

As high as the expectations of the really chic gadget were, the disappointment is now unfortunately as big. At first everything looks quite good. If you scan the QR-code of the package, you will first be directed to the Chinese Messenger We-Chat. Above that, one can set up an additional program that can be used to operate the Messenger relatively laboriously. However, from a certain point on, a Chinese telephone number is needed, which is why one ends up in a dead end here (if one does not happen to have a Chinese telephone number).

So we searched for the app and found the Moyu app in the Playstore (also available at iTunes). Here you are greeted by an english menu. So you set up an account and try to connect your smartphone to the translator. Now it gets complicated, because the translator tells you a four-digit code, which you have to enter in the Smartphoe, but only in Chinese. So you already need a translator to set it up. The Google Translator works pretty well here. At this point you could actually pack up the gadget again and see that the Google version works better anyway. But more about that later.

Once you have completed this step, you can connect the translator to a WLAN network. This can also be a hotspot generated by your smartphone. Once connected to the Internet, you can use the translator.

The Translator also works completely without a smartphone, but you can only change the settings via the app. It is very clearly arranged and doesn’t offer many functions. First of all you can set the two languages you want to translate. You can choose between Chinese, English, Japanese, Korean, French, German, Spanish, Russian, Portuguese, Italian, Dutch, Danish, Finnish and Swedish. 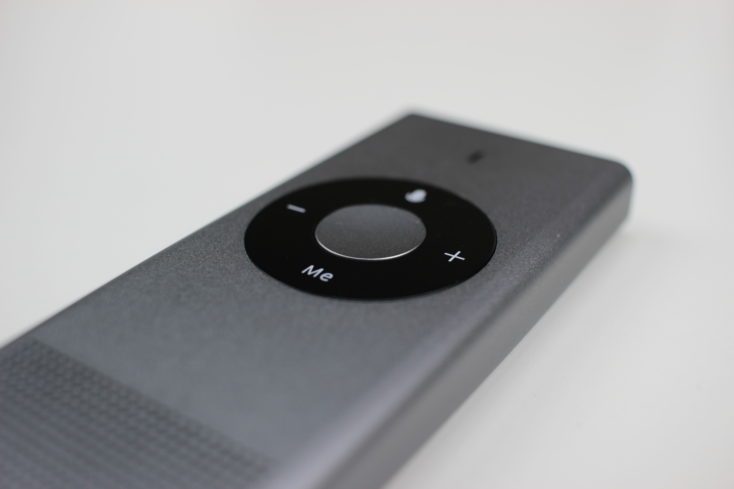 Unlike other translator apps, you can’t translate texts directly via the app here, but always need the device to do so. Its operation is at least very uncomplicated. On the front there are four buttons; two to adjust the volume and two for voice input. “Me” for your own language and the button with the small microphone for the second one.

What the translator is supposed to do, he then makes halfway satisfactory. In most cases he translates correctly into German, English and Chinese. However, it can happen again and again that a word is spoken unclearly and then not understood correctly. One does not notice this then, and/or at most at the surprised reaction of the opposite. Therefore this also applies here: If you speak clearly and not too quickly, then you can safely get through everyday situations with the Translator.

Depending on the length of the spoken sentence, the translation may take a bit longer, or up to ten seconds for long sentences. It seems like half an eternity when you’re in the middle of a conversation. What would have been a really big advantage is an offline function. If you could download individual language packs onto the device, it would be much more flexible. Unfortunately, this is not the case, and the device requires a continuous Internet connection.

AI functions – unfortunately only in Chinese

Xiaomi’s Xiao Ai, which we also know from Xiaomi’s AI Speaker, works in the device. They can be accessed via the central, round button. The camera in the Mi MIX 2S can also translate texts with this AI. In addition to pure translation, there are also other functions, such as playing music or announcing current news or audio books. However, this is limited to the Chinese language, and many of the supported services are also Chinese. For the West this is an unusable function.

Conclusion – Is the translator also a gadget for us?

Due to the problematic setup in Chinese alone, the answer here is unfortunately no. That you have to fight your way through a complicated setup to use the device cannot be demanded of anyone. But those who dare to do that or understand enough Chinese will have a (sufficiently) functioning translator in a handy format.

Even the price in China of 249 RMB, the equivalent of $36, is unfortunately already a bit high for my taste. The additional usable AI, with which you can communicate, may justify the price, but you don’t get anything out of it. Already the AI speaker of Xiaomi failed in our test for this reason (only Chinese language).

I also wonder here why I need this at all in times of a Google Translator. The service is simply free of charge, and offers the additional function of downloading offline packages for many languages, at least for the written translation. And the translation is better.