1 Kommentare July 28, 2019by Tim
Hey, guys! Just a heads up: The linked offer is already a bit older and the price of the gadget might have changed or it might not be available anymore.

The Chinese tech giant Xiaomi is not only taking care of the fact that a lot of products move in its own ecosystem through the Xiaomi Home App, but is also expanding Aqara’s Smarthome system. In the past, however, the system made negative headlines here as it could no longer be reached via the European server for a certain period of time. 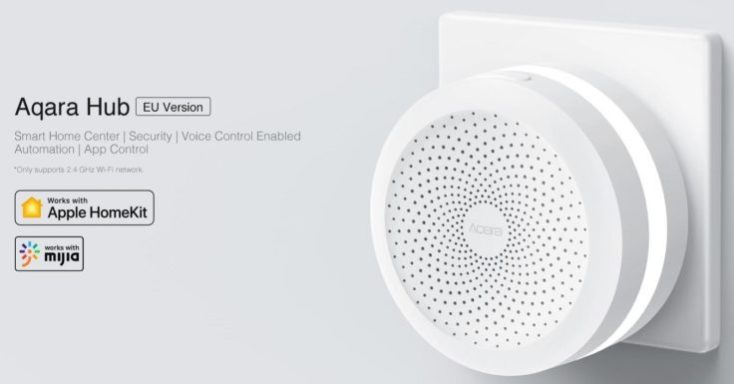 Yesterday Aqara announced on the official website that the Smarthome system is now available in Europe. Not all countries are yet listed as official distribution countries, but availability will be improved quickly. In addition, the devices will run more smoothly on the European servers, at least according to Aqara in the press release. We have used some of the products at home, but due to the complicated server topic we have not yet thrown ourselves head over heels into the topic.

Aqara will lead the way with these devices visible on the following press photo:

Smart light bulbs, curtain motors or speakers: some things will be offered in the future so that the switch from Chinese to European servers will probably be easier. The individual devices can be controlled by voice via Xiaomi Mijia or the Google Home Assistant. One area of application could be to switch off the lights by voice command before going to bed. The heart of the system is the Aquara Hub, which can be connected to the other smart Aqara devices within the Xiaomi Home App.

Good news for those who deal with the subject of Smart Home, since most devices from the Xiaomi universe are cheaper than products offered locally. In most cases, however, they have the same functionality. Some smart Xiaomi gadgets are already available from IKEA.

Is there anyone among you who already uses some smart home devices from Xiaomi Aqara? If so, what are your experiences? Will you switch to the European system?