0 Kommentare March 22, 2019by Thorben
Hey, guys! Just a heads up: The linked offer is already a bit older and the price of the gadget might have changed or it might not be available anymore. 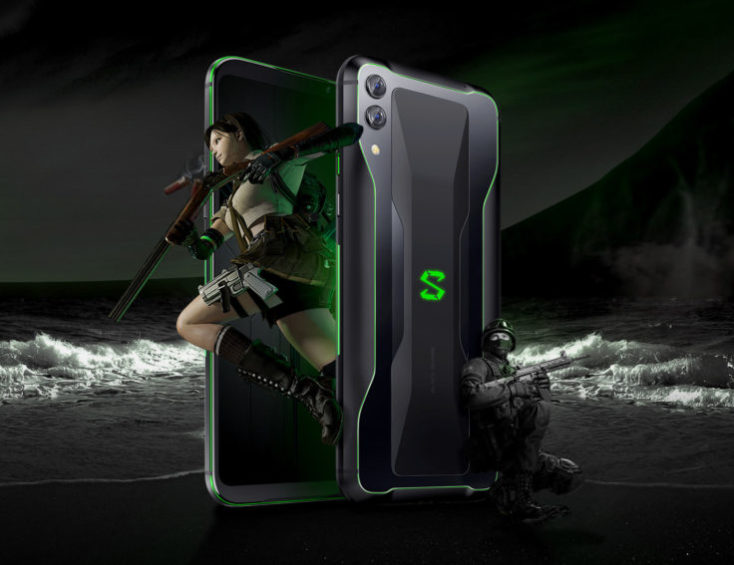 Attentive China gadgets readers may even know that the Black Shark 2 is strictly speaking the manufacturer’s third smartphone. However, Xiaomi is moving away from the design of the Black Shark Helo and is again more oriented towards the first generation. At least the back could be almost 1 to 1 Black Shark, but the dual camera is arranged vertically and not horizontally. Moreover, these “notches” on the back are not quite as drastic and the Black Shark 2 looks a bit “flatter”.

The front doesn’t differ much from the other top models of this generation. The display diagonal of 6.39 inches is identical to the Xiaomi Mi 9 and Mi Mix 3 and the Full HD+ resolution of 2340 x 1080p is also the same. The Black Shark 2 also uses an AMOLED panel, which was introduced in the series with the Black Shark Helo. In addition, one speaks here of a “Trueview” display, in which an extra image processor ensures that the panel is automatically adjusted so that the best possible color representation is always displayed. The fingerprint sensor is also in the display!

Perhaps the biggest surprise here is that the Black Shark 2’s design doesn’t involve you in any experiments at all. No notch, no slider, no hole-punch display and no dual screen. Simply a screen edge at the top and bottom, the 20 megapixel front camera sits on the top. And we ask ourselves, why don’t more manufacturers do that, because this has been good for the Meizu 16th. 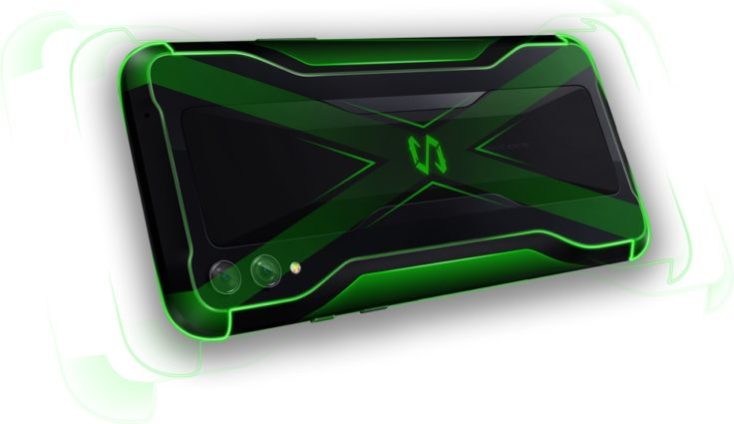 A gaming smartphone must of course be well equipped for corresponding games. The Snapdragon 855 from Qualcomm is used as the processor, and that’s no big surprise. The current top CPU with up to 2.84 GHz naturally also drives the gaming smartphone. We already know this from the Xiaomi Mi 9 and the Xiaomi Mi Mix 3 5G. In addition there is at least 6, 8 or even a proud 12 GB RAM and optionally 128 or 256 GB mass memory.

The gaming smartphone may not be a camera smartphone like the Mi 9, but the 48 megapixel Sony IMX586 sensor with ƒ/1.75 aperture is still on board. But there is only one more sensor, a 12 Megapixel camera sensor with telephoto lens, which has a ƒ/2.2 aperture. 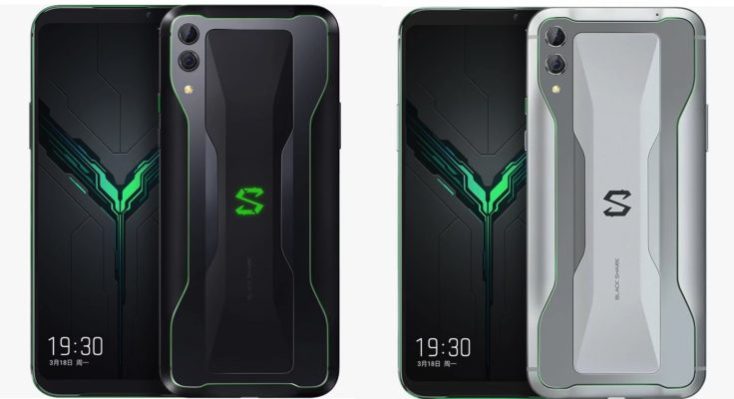 The battery size is relatively large again. Like its predecessor, the Black Shark 2 gets a 4,000 mAh battery. This can be supported with the Quick Charge 4 standard and charged with a maximum of 27W. Wireless charging is not supported.

Xiaomi offers USB type C as connection possibilities, but no 3.5 mm headphone connection. For this there is Bluetooth, Dual Band ac-WLAN and even in the China version the most important LTE bands. But NFC doesn’t seem to be built in. The Black Shark 2 will first be released as a China version, so it will only be available in English or Chinese, but from the first generation a global version has been released, so we expect a global version!

In order to avoid overheating during demanding games, the “water cooling”, with which the first generation was advertised, has been reworked. First of all, it is not a water cooling, but the use of heatpipes or a vapor chamber, which conduct the heat away from the CPU. Here described as “Liquid Cooling 3.0“, it should be 20 times as effective as a “normal” cooling.

With the Magic Press feature you as a gamer have the possibility to adjust the sensitivity of your display. This is especially important for first-person shooters, where every gamer has different preferences. The response time could probably be reduced to 43.5 ms!

Basically the Xiaomi Black Shark 2 looks like a Xiaomi Mi 9 with more power. Instead of focusing on the camera, the focus is on the performance and the display, plus there’s a larger battery and the typical gaming design. In China the mobile phone starts at $520, so it should cost at least $570 from the import shops. The versions with more memory cost accordingly more, the 12 GB version costs in China with over $630.

But do you need an extra gaming smartphone if there is already a very strong Xiaomi Mi 9? Is it more about performance or design?