0 Kommentare September 28, 2021by Thorben
Hey, guys! Just a heads up: The linked offer is already a bit older and the price of the gadget might have changed or it might not be available anymore.

Xiaomi, Mi, Redmi, Poco, Black Shark, CC. Despite these already existing names and smartphone series, Xiaomi is itching to launch a new model series. Now, the Xiaomi CIVI has been introduced in China – a smartphone with a focus on selfies. Is it coming to us as well?

CIVI, pronounced like the English “CV”, stands for “Creativity is very important”, for example, according to the teaser, but Xiaomi also uses other words for the “C”. What exactly that is supposed to mean is still not known after the presentation. However, the focus on the design is clear, which is why a curved display was chosen for the Xiaomi CIVI. The 6.55-inch AMOLED panel offers a Full HD+ resolution and a 120 Hz refresh rate, which sets it apart from the Xiaomi 11 Lite 5G in this price range, for example. The front-facing camera is located in the center of the screen’s upper edge. 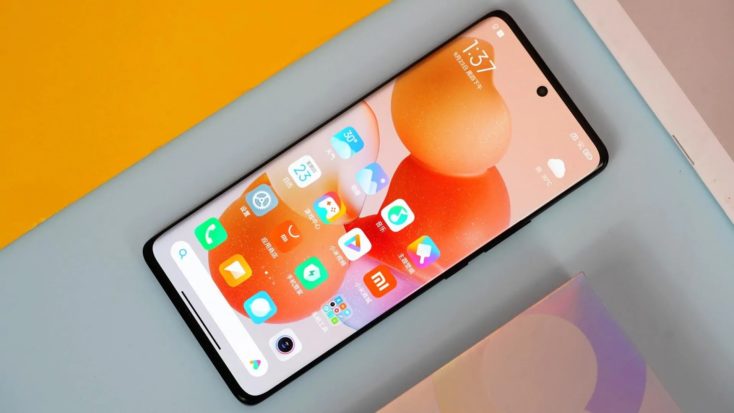 The back is somewhat reminiscent of the Vivo X51 5G, which is why we could jokingly assume that the “Vi” stands for “Vivo”. Of course, it does not, but the triangle formation of the triple camera is used. The colorway in light blue with a gold metal frame is new. The Xiaomi CIVI is also available in pink or black, but the colorways are clearly tailored to a younger target group. The back is made of glass and is slightly rounded on the sides. 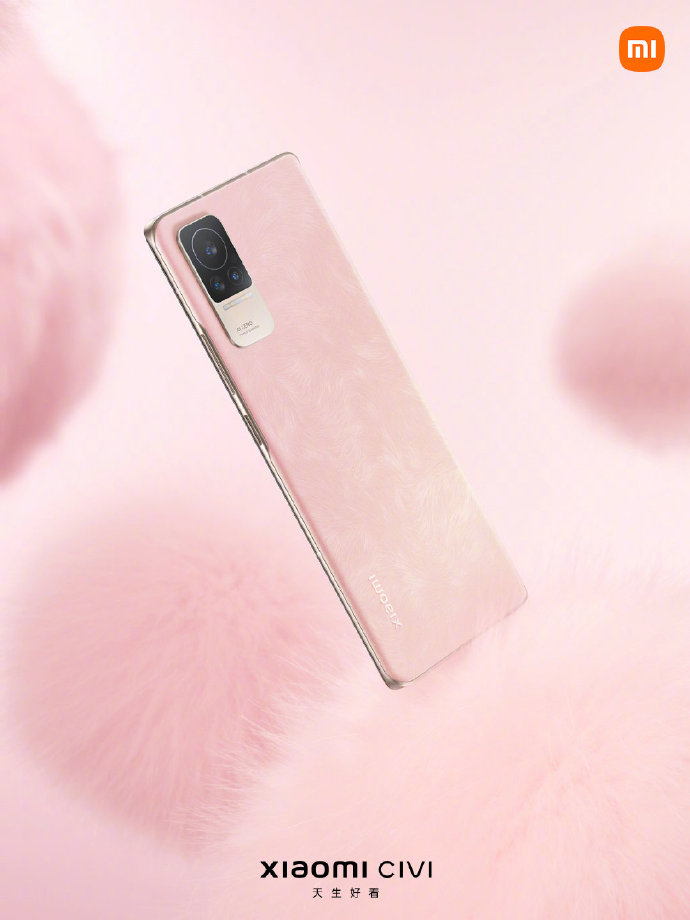 The Qualcomm Snapdragon 778 processor, which Xiaomi recently integrated globally in the Xiaomi 11 Lite 5G NE, is at work inside. The CPU is strong, but it is also slightly behind the Snapdragon 780 from the Xiaomi 11 Lite 5G due to the 6 nm manufacturing process. Nevertheless: The SoC (system-on-a-chip) offers more than enough power for almost all applications and is accompanied by up to 12 GB of LPDDR4X working memory and 256 GB of UFS 3.1 mass storage. The battery of 4,500 mAh is almost small for a Xiaomi smartphone, but it can be charged with 55 W like the Xiaomi Mi 11. However, Qi charging is not possible. 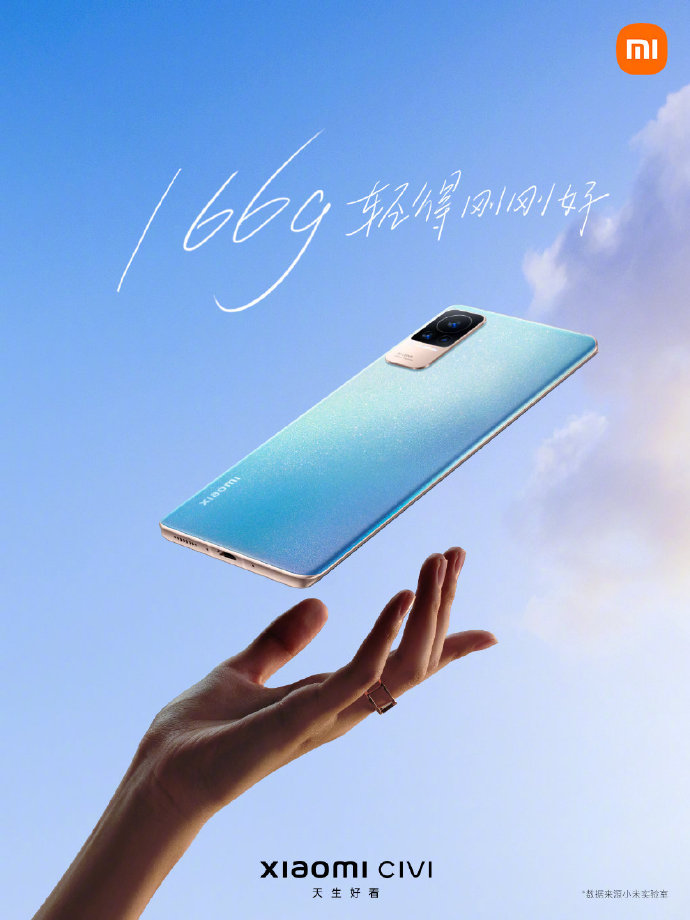 On the back is a triple camera consisting of a 64 MP main sensor, an 8 megapixel ultra-wide-angle camera with a 120° shooting angle and a 2 MP macro camera. However, the real highlight is probably the front camera. It is the Samsung GD1 sensor with a resolution of 32 megapixels, with integrated autofocus and even dual-LED flash. Thanks to an improved algorithm, beauty effects are supposed to be even better. 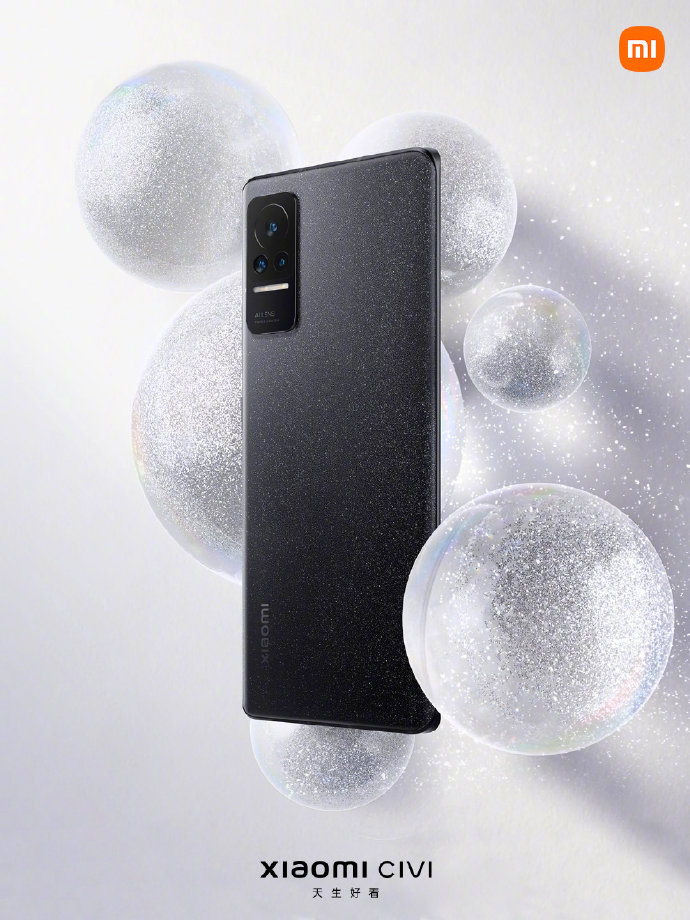 The Xiaomi CIVI supports dual-SIM with 5G, but probably no memory expansion. Instead, WiFi 6, Bluetooth 5.2, USB-C, NFC as well as a 3.5 mm jack and a pair of stereo speakers are on board! The phone itself runs MIUI 12.5 based on Android 11. Since it is a Chinese version, it not only lacks LTE Band 20, but the operating system can only be used in English or Chinese.

In China, the Xiaomi CIVI is supposed to cost the equivalent of about 344€ in the smallest storage configuration. Thus, it is roughly on par with the Xiaomi 11 Lite 5G or the new edition of it. The comparison is also obvious from a hardware perspective. After all, the processor is the same as in the NE version, for example, and the display is just as big. However, the screen now offers 120 Hz instead of 90 Hz refresh rate and the phone can even be charged quickly with 55W.

So far, it is only released in China and it is likely to be the successor of the CC series, which provided the templates for the Mi 9 Lite, Mi A3 and Mi Note 10 with the CC9, CC9e and CC9 Pro back then. A Xiaomi Note 11 would still be missing this year, but a Xiaomi 11T Lite is also missing. Since the focus of the Xiaomi 11T and 11T Pro is on fast charging, the Xiaomi CIVI would theoretically be a good template for a Xiaomi 11T Lite with 55W charging. At just under €400, it would also be far enough away from the Xiaomi 11T in terms of price. However, this is pure speculation and we will inform you as soon as we have more information about a possible global version!