0 Kommentare August 1, 2021by Jens
Hey, guys! Just a heads up: The linked offer is already a bit older and the price of the gadget might have changed or it might not be available anymore.

We asked the question at the beginning of many articles: “What doesn’t Xiaomi do?” As it turns out: Pretty much nothing. China has long been known as a manufacturer and seller of household appliances. Two of the latest additions to the range are two dishwashers. 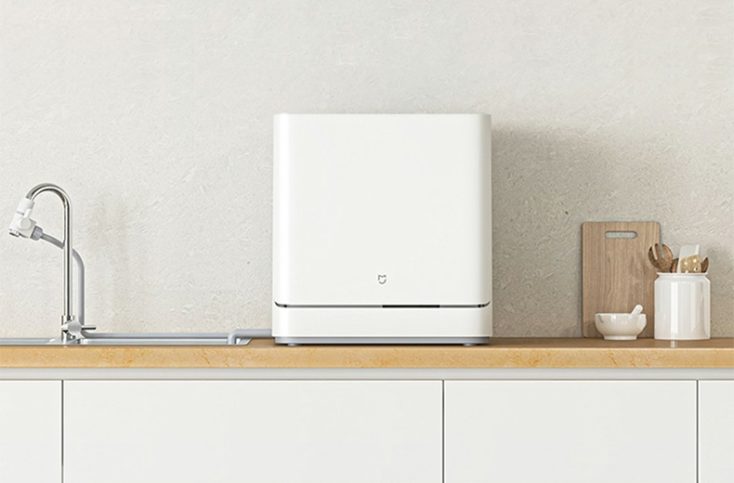 Has the world been waiting for a Xiaomi dishwasher?

First of all: Xiaomi currently sells both dishwashers only in China. Whether they will make it into the other Xiaomi stores can only be speculated about. While it’s rather unlikely, especially with the large model, we can certainly imagine it with the small dishwasher. If the strategy of positioning oneself as broadly as possible is exported from China to Europe as well, a smart dishwasher would at least not be the most absurd contribution to this.

Both appliances are called “Internet dishwashers” – whatever that means exactly. In any case, integration into the Mi Home App (Android|iOS) is pretty certain. The larger model with dimensions of 560 x 605 x 520 mm is integrated into the kitchenette. The smaller model, on the other hand, can be set up as a freestanding unit – but of course it still needs a water connection. 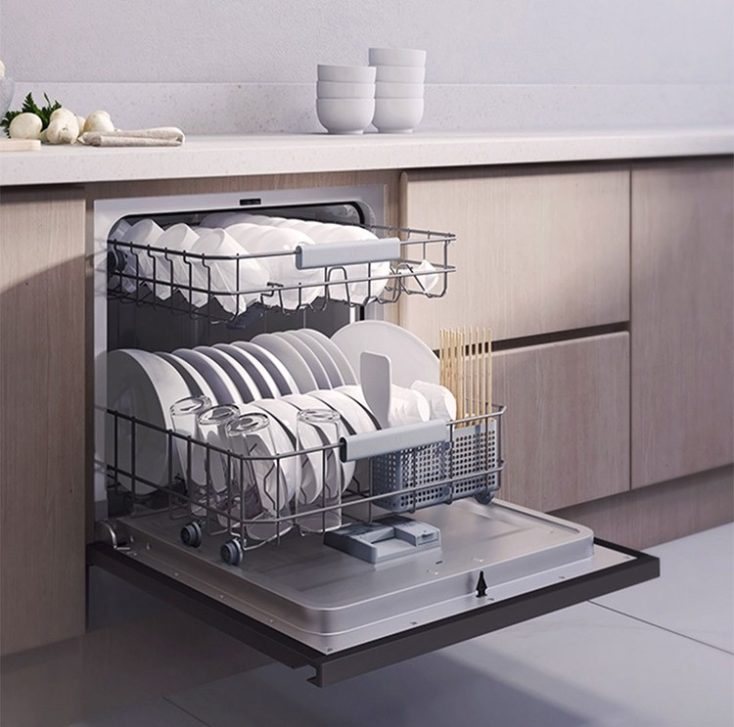 Both devices have no buttons, but are operated via an OLED panel with touch function – provided that you don’t just use the app for that anyway. There are several modes (9/6 for the big and small machine respectively), and the devices are supposed to be both power and water saving.

The six dishwashing modes for the dishwasher include a standard, heavy, eco, glass, fast and a sanitizing mode, all of which wash for different lengths of time but at a maximum of 75°C. To achieve this, a total of 16 nozzles sit inside the machine, spraying water onto the dishes at up to 11,000 pa. The water is supposed to be softened in the process, and Xiaomi builds in a corresponding system directly. After rinsing, the Mijia VDW0401M dries the dishes again. 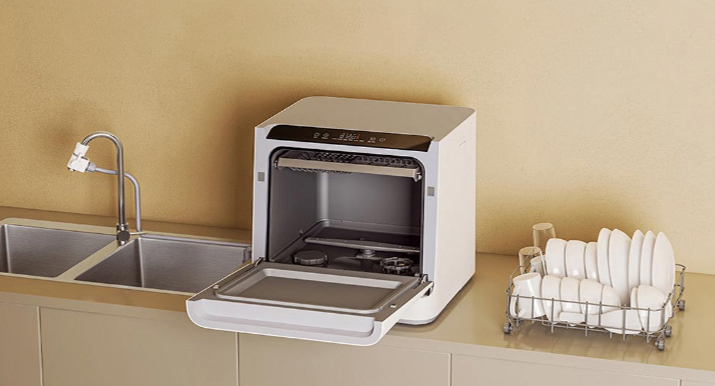 Speaking of dishes. The dishwasher has room for a total of 32 pieces, for example, three normal plates, two deep plates, a couple of bowls, two cups and two glasses, as well as some cutlery. The dishwasher gets water via the sink, so there is no additional water connection possible. You connect the Xiaomi table dishwasher to the faucet with the included cable, turn the valve on the dishwasher, connect the drain hose and lead it to the sink again. 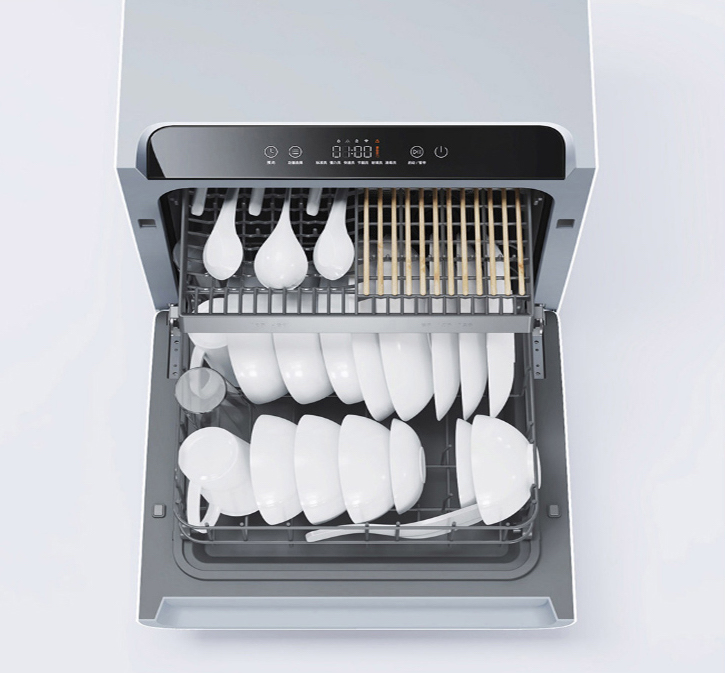 Xiaomi sells the dishwashers in China for the equivalent of $324 and $180.It’s hard to say what the price in the shops would be – probably you would have to add 50%. It is questionable whether the purchase is still worthwhile then. It is probably only really interesting for those who see the integration into their Mi Home App and their “Smart Home” as an important feature.

Do you have a dishwasher at home?

I don’t know about you, but I can’t imagine life without a dishwasher. I can’t imagine having to wash by hand after every meal. Do some of you feel differently? And would you like Xiaomi to sell such appliances outside China? Or are smartphones enough for you, and when it comes to dishwashers, would you rather rely on familiar brands?