4 Kommentare February 25, 2019 by Maike
Hey, guys! Just a heads up: The linked offer is already a bit older and the price of the gadget might have changed or it might not be available anymore.

We were wondering when a real successor would come. The Xiaomi M365 E-Roller is already aged for Xiaomi’s standards. Now the manufacturer releases a revised version of the E-Scooter, the Xiaomi E-Scooter Pro. Unfortunately, it is not yet possible to order the scooter to the USA, without very high delivery costs. We will update this as soon as there is something new there Xiaomi remains almost completely true to the M365 when it comes to looks, after all, the Pro version once again captivates with red accents. These are accentuated on the otherwise black-grey scooter on the tyres, the cables and the axles. To find real differences between the two models is almost impossible. Between the rubberized and studded running board there are again two 8.5 inch tires made of hard rubber. As with its predecessor, there is a disc brake on the rear tyre and Xiaomi also works with an E-ABS system on the front tyre. Speaking of safety: the Xiaomi Mijia E-Scooter Pro manages with two lights. In the front of the handlebar there is an LED as a front light and on the mudguard of the rear tyre there is a red light. 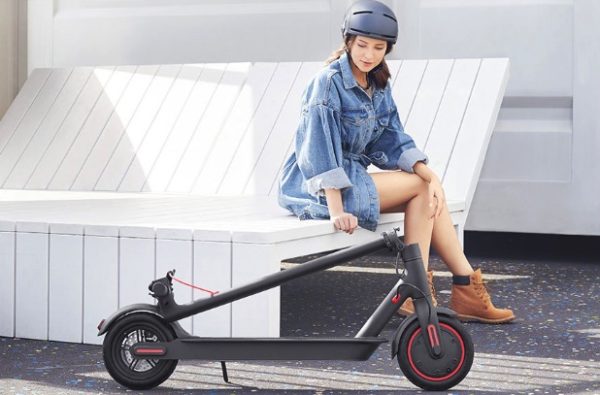 Of course, the Xiaomi E-Scooter Pro can also be folded again for better transport. However, it has become somewhat heavier and weighs 14.2 kg; its predecessor weighed just over 12 kg. With this own weight it offers a load capacity of 100 kg.

Basically the two scooters are identical. However, the Pro version comes with corresponding Pro features. The first is the revised display on the handlebar of the E-Scooter Pro. While the predecessor was only equipped with four status LEDs, which provided information about the battery status, the Pro version shows more details. These include speed, the currently selected mode (Eco, Normal and Sport), light and battery. In addition, the display also seems to provide information about defects or faults (tool symbol). 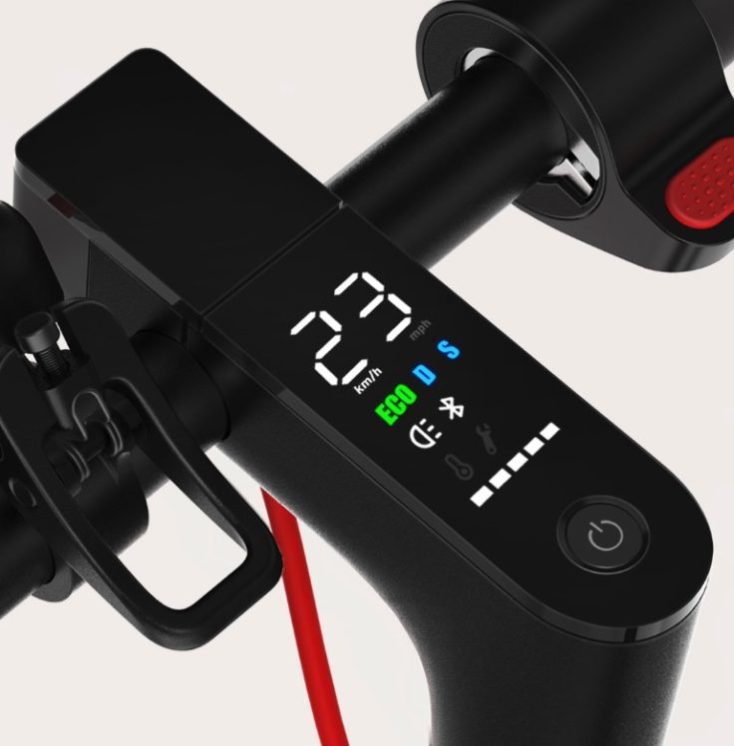 The power button, which is located under the display as in the predecessor, is used for operation. This button is used for the complete operation. Press the button once to switch the scooter on, hold it down for more than three seconds to switch it off. If the Xiaomi E-Scooter Pro is switched on, a short click switches the light on and a quick double click changes the speed modes.

Also with the achievement something has changed. The engine power has been increased from 250W to 300W. One should come however also like with the predecessor on a maximum speed of 25 km/h. More exciting, however, is the range. Xiaomi states this with an astonishing 45 km! The Ninebot ES2 can only do this, for example, with the separately available battery pack. The capacity is 12.8Ah and brings it to 474 Wh. The disadvantage of this large range: the charging time is probably up to nine hours! 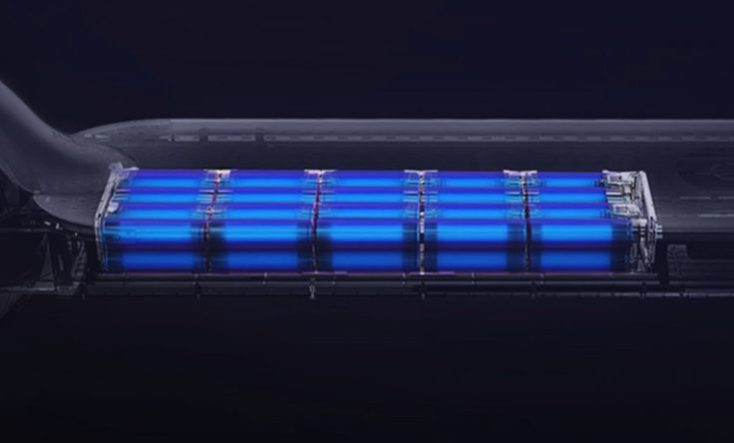 The fact that such a long range can be achieved at all is probably also due to Xiaomi’s intelligent battery management system. This also ensures that the battery is protected against overcharging and overheating.

With the Xiaomi Mijia E-Scooter Pro, Xiaomi is not launching a successor directly onto the market, but a Pro version that differs only to a limited extent. Especially the display and the really high range are two not to be despised advantages of the Pro version. 45 km is really a house number and the display is probably super practical in everyday life.

What do you think of the Pro version? Are the new features worth the high price?