3 Kommentare October 1, 2019by Jens
Hey, guys! Just a heads up: The linked offer is already a bit older and the price of the gadget might have changed or it might not be available anymore.

The FIMI A3 offers a similar setup on paper as the DJI Spark, but at a price of less than $300. Reason enough to have a look at the drone. 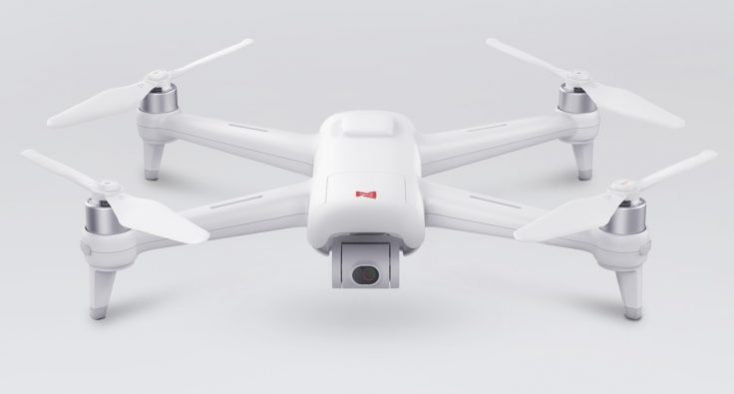 In addition to cameras and gimbals, FIMI mainly sells drones. On their own homepage they present themselves as subsidiary Xiaomis and list the development of Mi Drone and Mijia Actioncam as milestones of the company. The company sees itself as an absolute part of the Xiaomi ecosystem, which is why we speak of a Xiaomi product here despite the fact that the name is different.

Details of the FIMI A3

At first glance, the price makes the drone particularly interesting. A camera with Full HD @ 30 fps is Spark level, as is the 2-axis gimbal. FIMI speaks of a “mixed 3-axis gimbal“; a combination of a mechanical 2-axis gimbal and an electronic 3-axis gimbal. In addition, there is a powerful rechargeable battery, which is supposed to bring the drone to a flight time of up to 25 minutes in spite of the higher weight of over 500 g. The gimbal’s design is based on the same design as the drone’s predecessor. The drone uses GPS and its Russian counterpart GLONASS to determine its position.

On the outside, the drone is only slightly reminiscent of its unofficial predecessor, the Xiaomi Mi Drone. Unlike the Spark and Mavic Pro, however, the arms cannot be folded, making the drone less suitable for carrying in a bag or rucksack.

Another difference to the DJI models (and also the Mi Drone) is the remote control, which has a built-in display. Unlike DJI, you don’t need a smartphone with an app installed. The range should be 1000 m; since the drone can no longer be seen from a distance of 300-500 meters, this is more than sufficient. 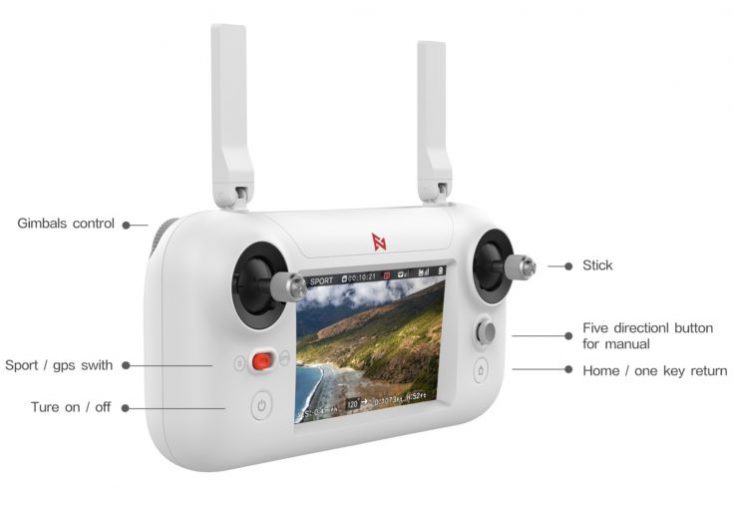 The FIMI A3 is most likely to be seen as an alternative to the Spark. On the other hand it offers a better price and above all a much longer flight time. But first reports have to show how well the FIMI performs in practice; DJI has a lead of more than one year.