0 Kommentare November 19, 2019 by Maike
Hey, guys! Just a heads up: The linked offer is already a bit older and the price of the gadget might have changed or it might not be available anymore.

We have already introduced some gaming smartphones on this blog, among others the Blackshark or the Nubia Red Magic. But not every smartphone has the best cooling when used with many applications or playing high-resolution games. To save your smartphone from heat death, there is the Flydigi smartphone cooler. 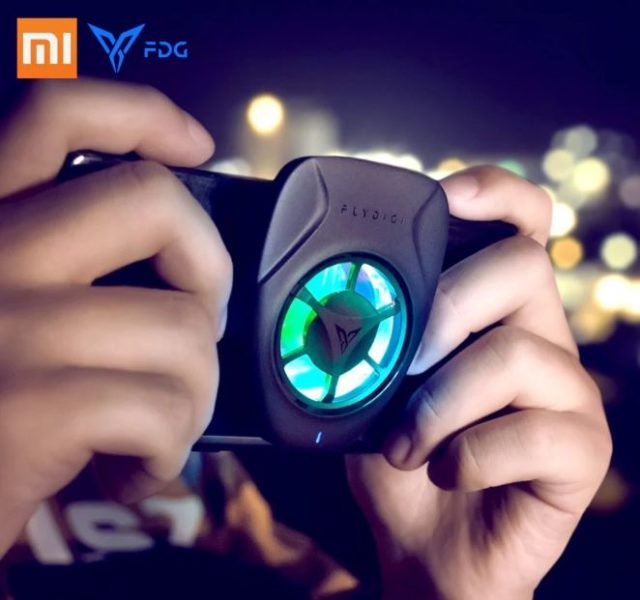 Flydigi Smartphone Cooler at Banggood for $12.99

Flydigi Smartphone Cooler at Amazon for $19.99

Flydigi is an own company, which belongs to the Xiaomi Ecosystem with its products, like many other manufacturers. They focus mainly on gaming accessories for smartphones. For example Gamepad accessories, which can be attached to the side of the smartphones.

The cooler principle is very simple: with the help of three small suction cups, the cooler can be attached to the back of the smartphone. The fan is located in the middle of the cooler, which provides the necessary temperature balance. The smartphone must be at least 6 cm wide to ensure that it is sufficiently fastened. 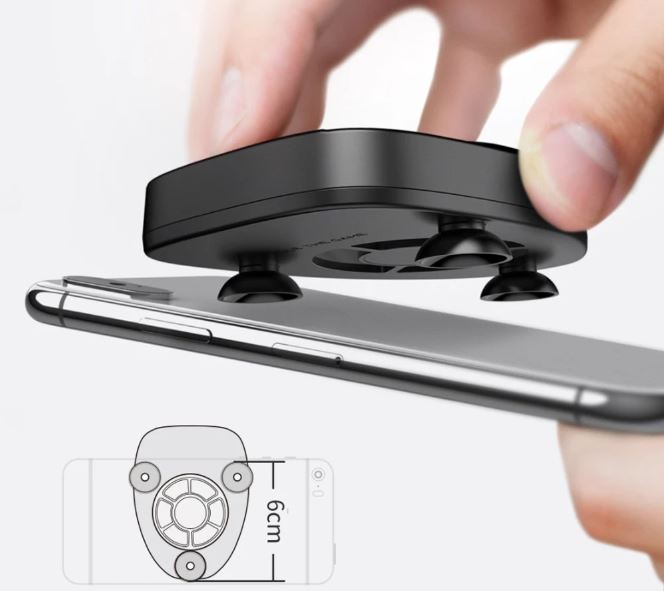 You could try to mount the cooler horizontally, but then holding the phone horizontally would probably be too cumbersome. The fan measures 8 x 6 cm and weighs 40 grams. In its plastic case there is a 700 mAh battery next to the fan, which can probably be charged via Micro-USB. Unfortunately, this is not specified in more detail in the article description, but from the photos I would guess so. The fan should be able to run up to 6 hours at lowest speed and will be fully recharged in two hours. 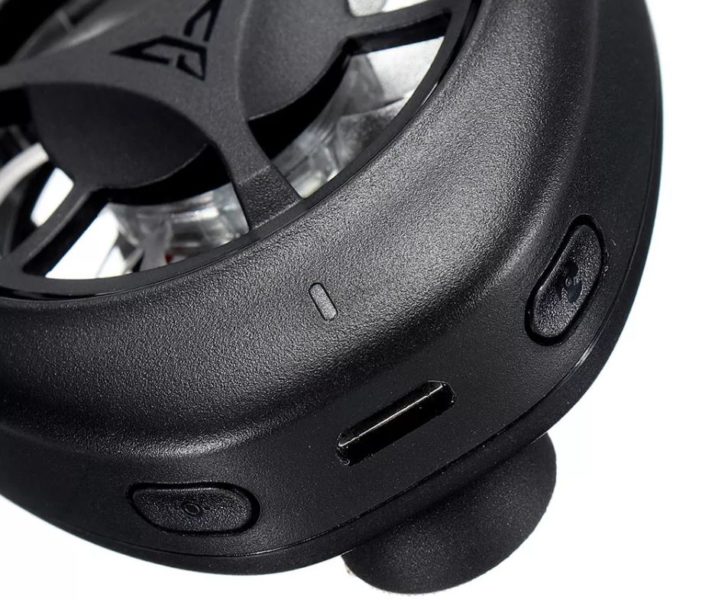 To the left of the charging port is the power button with which the cooler can be started. When switched on, it also lights up in RGB colors. On the right side is the button to switch through the three different strengths of the fan. The cooler should also be quite quiet with 10-20 decibels. In addition, there is also a CE mark on the back.

All in all you have to ask yourself if this gadget is worth buying and for whom it could be best suited. Even someone who doesn’t play a lot on the phone but watches a lot of movies could use the small fan. And additionally: Flydigi. The name is somehow nice 😀 How do you like the Xiaomi Flydigi smartphone cooler: Is it worth it? Feel free to write us in the comments.