0 Kommentare January 4, 2018by Thorben
Hey, guys! Just a heads up: The linked offer is already a bit older and the price of the gadget might have changed or it might not be available anymore.

Product designation made in China can be quite complicated, here are some relevant information: The Amazfit Arc is not produced by Xiaomi, the producer is Huami. All wearables by Huami run under the name Amazfit, like the Xiaomi Huami Amazfit Smartwatch. What does Xiaomi have to do with this product? Xiaomi was closely involved in the development and has large shares of Huami. As an example, the Mi Band 2 is produced by Huami. 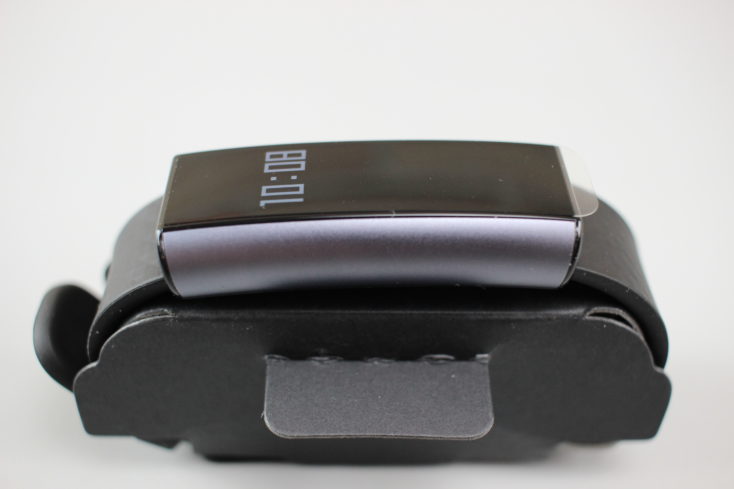 The packaging: the first impression counts

We are really looked forward to the test of the Amazfit Arc because the fitness tracker sounds very promising. Accordingly, we were very excited when the package finally arrived. The unpacking experience was a small highlight because the packaging looks nice and the haptic is good. Exceptionally, there is no carton in “Xiaomi white”, but a gray, very stable, carton with a transparent plastic front.

In addition, the packaging is sensibly printed: on the page is already the URL to the official setup (for  Android & iOS) and on the back is a small overview with the various features. Also inside of the packaging everything is well sorted and easy to remove. Actually, it is a considerable and professional packaging, which is certainly also suitable for giving away.

The package itself consists of a fitness tracker, a charging cable and instructions. In this respect it is noted that the instruction is only in English and not also in Chinese, like the shops says – very clear. 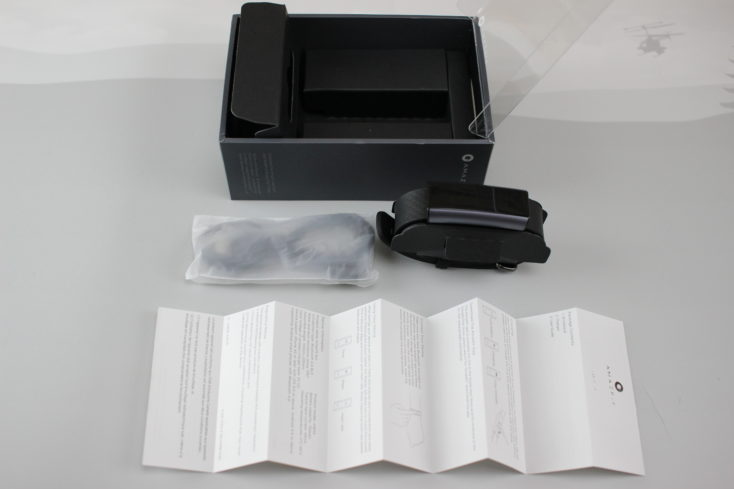 The included USB charging cable uses a 2-pin connector to supply the 70 mAh battery with power. Although other products have had often problems with very weak magnets on such connectors, this one last. Thus, the 20 g lightweight fitness tracker can easily be hold in the air by the magnet. 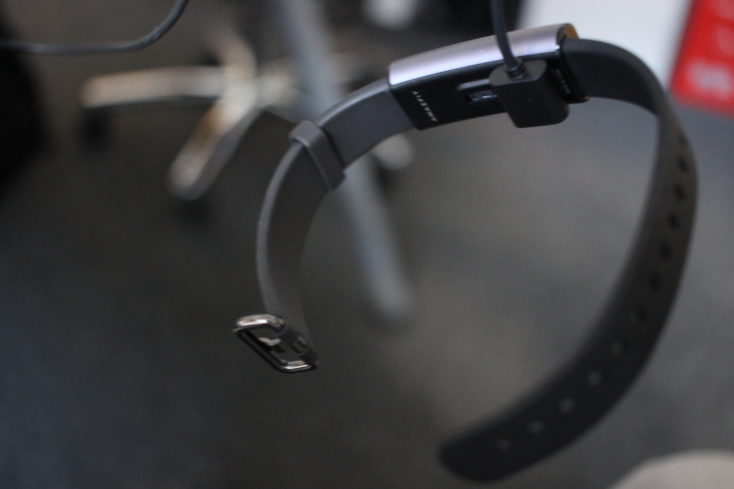 The design is taste – the processing is not

The most striking feature of the design is that the tracker stands out clearly from the band. This means that the silicone bracelet can not fit smoothly on the arm, as with an embedded fitness tracker (eg Mi Band 2). In addition, the very rectangular tracker does not look very sporty, but rather noble and has a certain business touch.

The silicone bracelet is not easily interchangeable and has a classic aluminum closure. All in all, the Amazfit Arc fits in the beginning somewhat needed to get used to. But after a short time, it is not longer really noticeable, especially because it is so light. In terms of comfort, the Mi Band 2 is better but this one comes with a new design and a very good processing. 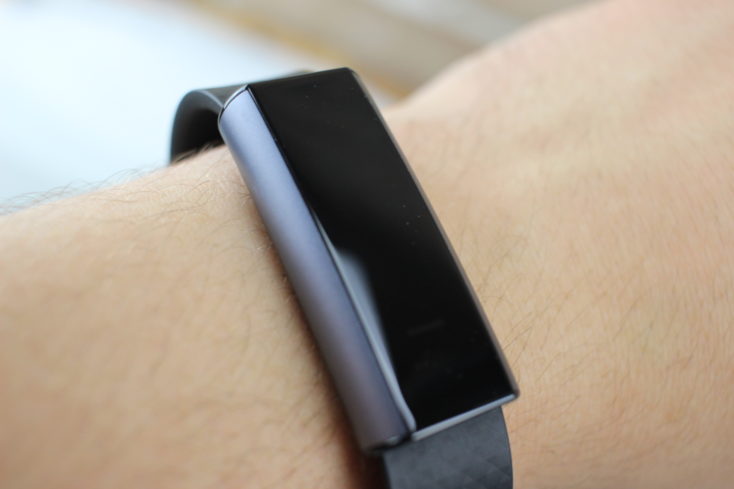 Personally for me, optically and haptically one of the highest quality fitness tracker.

According to experience, the battery of fitness tracker can not be tested in such a short periode of time. The manufacture of the 70 mAh battery of the Amazfit Arc is the same as the equal-sized battery of the Mi Band 2. Our tests shows that it easily hold on for one month. But we already tested the charging time: After about an hour the battery is full charge, and even after 11 days of above-average use it´s still at 76% – as expected. After a long-term test, the results are supplemented with more accurate results.

Depending on your choice the 0,42 inch OLED display showes different typs of displays. Whether you can check the current time or the battery status on the display next to the clock, you can set it in the Amazfit app (downloadable for Android 4.3+ | iOS 9.0+). The display is operated via the small touch panel below the display. The operation is conceivably minimalistic: by touching the sensor you reach the next display.

In addition, you can set the “Lift Wrist” function, which allows you to display the time by simple hand movements. Often very useful, but you can also switch it off, if you want to. The movement itself is always detected very quickly and the bracelet shows the time quickly. Another nice feature is the “Phone Call Notification”, which allows your bracelet to vibrate when you get a call. This is especially useful because it works when your smartphone is silenced.

We have already tested numerous Xiaomi Fitness Tracker and Smartwatches because of that we are very familiar with the required Mi Fit app. The smartphone support of the Amazfit Arc runs over the Amazfit – Activity Tracker app and it must be said: the app is surprisingly clear and practicable. Completely in English, without a lot of frills and an extremely quickly set up. 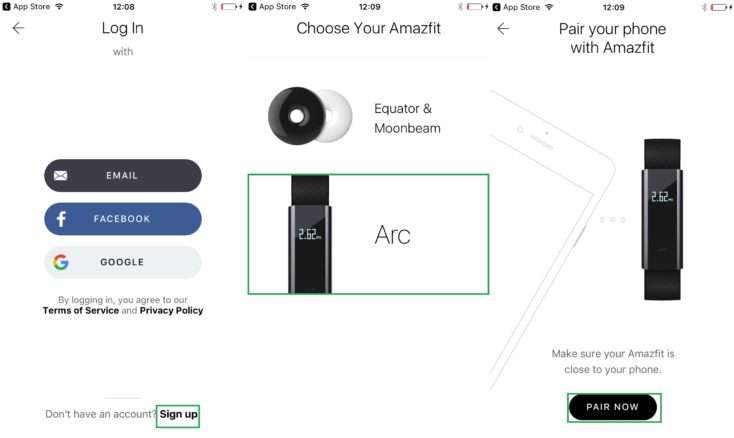