0 Kommentare May 24, 2019 by Maike
Hey, guys! Just a heads up: The linked offer is already a bit older and the price of the gadget might have changed or it might not be available anymore.

At first only for the Chinese market, but there is hope for that in the West: Xiaomi published on Weibo, the “Chinese Twitter”, that in cooperation with Ikea they have finalized a table with a built-in Qi charger. In a small video they demonstrate the installation:

In China the table including the Qi charging station costs only about $30. Of course the price in this country will be a bit higher, but as a first guideline you can orientate yourself on it.

The Chinese tech giant Xiaomi and the Swedish furnishing group IKEA have announced a strategic cooperation for smart home products. This will include the use of Xiaomi’s IoT platform (Internet of Things). The smart IKEA lighting should thus be controllable from December. A good step for both parties? 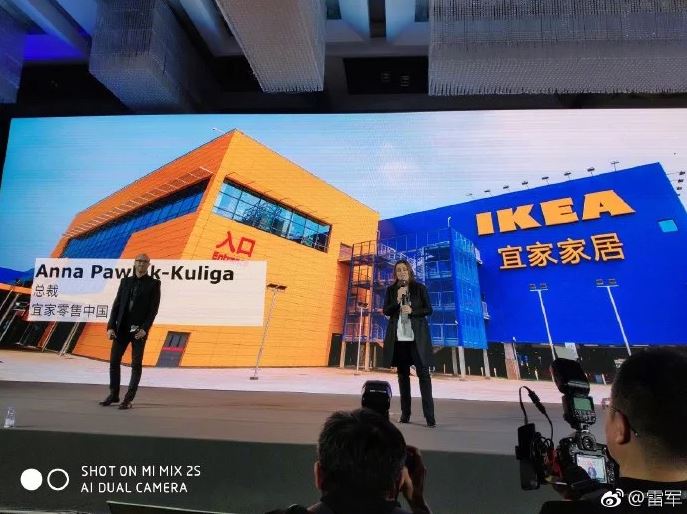 Xiaomi already markets numerous smart home products. These include sneakers, beamer and even printer. Usually this is done under the label Mijia, but now and then also under other names such as Yeelight. The smart devices are controlled via the aforementioned IoT platform and the Mi Home App. According to the Chinese company, over 132 million smart devices are already networked. At Xiaomi’s developer conference “MIDC 2018 AIoT” a further step with the cooperation was announced.

According to the joint announcement of both manufacturers, the entire Smart Home lighting from IKEA’s product range will be compatible with the voice control of the Mi Home App, Mijia App and Xiao AI.

Lamps from IKEA in the Xiaomi Home App

The cooperation between Xiaomi and IKEA in the field of smart homes seems to be slowly gaining momentum. In the Xiaomii Home App (formerly Mi Home App) the first smart lamps of the Swedish furniture giant can now be selected, at least if you have selected the server “Mainland China” within the app. 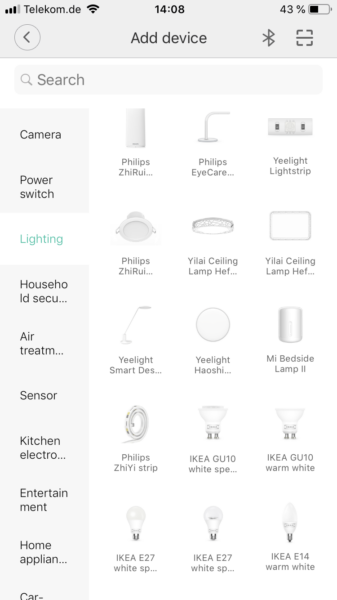 Although the entire Smart-Home lighting from IKEA’s product range is to be compatible with the voice control of the Mi Home App, Mijia App and Xiao AI, there are currently only five IKEA lamps in the Mi Home App. It is likely to be slow to take off and more smart home products will follow over time. The lamps are simple illuminants of the “TRÅDFRI product line”, of which two are equipped with E26, one with E12 and two with GU10 socket.

The TRÅDFRI lamps are of course not only available in China, but also from IKEA in general:

The lamps of the Swedish furnishing giant can already be controlled with the Google Assistant, Amazon’s Alexa or even the Homekit. The lighting devices will certainly be followed by many other smart gadgets, such as roller shutters, sockets and loudspeakers. For IKEA, the cooperation with Xiaomi is the first cooperation with a Chinese technology company in this field.

Of course, as a fan of the Chinese brand, it is easy to imagine that Xiaomi products could be available from IKEA. That’s possible, but not very likely. Of course, IKEA has a primary interest in selling its own products, which are in many respects the same as Xiaomi’s smart home products.

What do you say about the cooperation: Exciting development or are you indifferent?