0 Kommentare July 9, 2020 by Maike
Hey, guys! Just a heads up: The linked offer is already a bit older and the price of the gadget might have changed or it might not be available anymore.

Rice cookers are not necessarily a gadget, which we often bring to the blog. By popular request we have a look at the latest model from Xiaomi: an induction rice cooker. 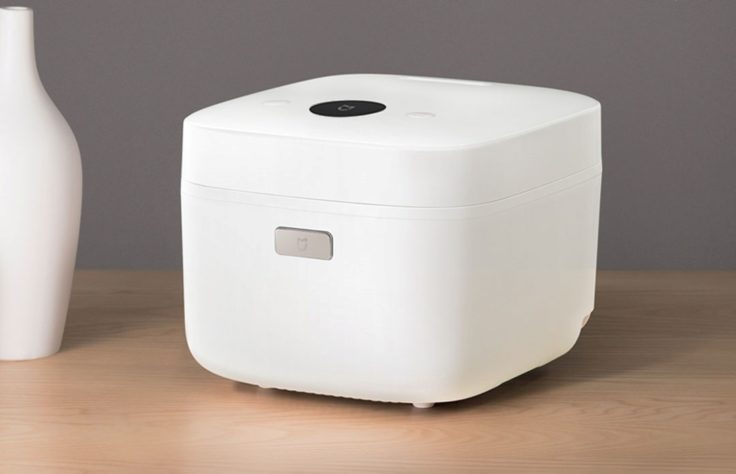 Why not a rice cooker?

A rice cooker is in itself a fine thing and a real pleasure. I really can’t remember the last time I didn’t cook rice in a rice cooker, so I’ve had one in my apartment for so long. Maybe it’s time for a new model, and why not have a look at Xiaomi? They actually have everything.

Especially at first glance, it’s damn hard to tell the different rice cookers from Xiaomi apart. On the one hand there are different generations of rice cookers, and on the other hand these are available in different sizes. So you should pay close attention when buying them before the supposed bargain simply turns out to be a smaller version.

This is an induction rice cooker that heats the rice quickly and evenly by induction. It is more economical than a classic steam pressure rice cooker and also easier to clean. The rice cooker is available in two sizes: 3 litres and 4 litres. According to Xiaomi, the first should be enough for 9 portions of rice, the larger for up to 16 portions. One portion is based on the rice bowl usually served with food in China. 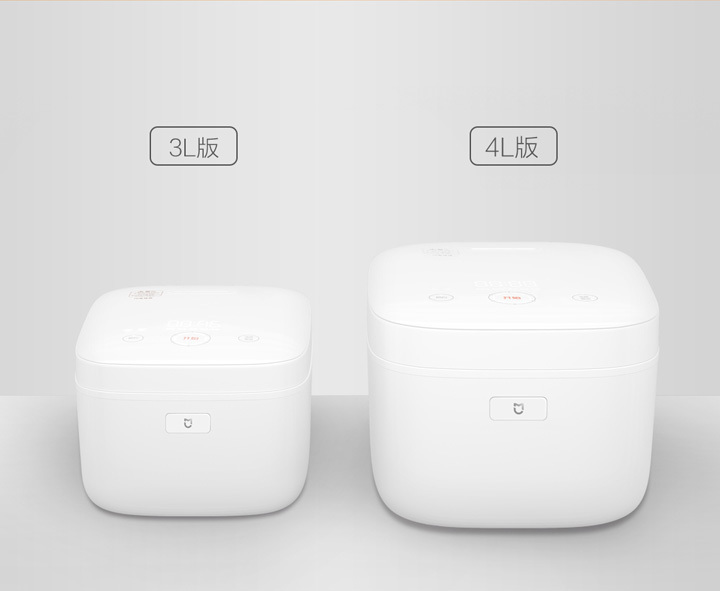 It wouldn’t be Xiaomi if even a household appliance like a rice cooker didn’t have a few smart features. First of all, it is operated via a display and a few touch panels on the top. The whole design is of course very simple. The rice cooker is mostly white, whereby this is less due to Xiaomi than to 90% of the rice cookers.

In addition to operating the device itself, you can also control the rice cooker with your smartphone. But at least it is also a product of the Mi Home series. Buyers in China can even enjoy additional functions, so the app seems to provide recipes and tips directly. But this is probably limited to the Chinese mainland and probably only possible in Chinese anyway. The mains cable also has a Chinese plug, but here you can apparently simply use an adapter.

The language barrier could actually be what makes the rice cooker rather uninteresting for us. It already starts with the lettering of the keys, which is completely in Chinese even with the version sold in the Chinese shops. It will probably be similar in the app, although we can hope to get at least an English translation here.

The next point is the price. For a good rice cooker, well over $100 is definitely not too much to ask – induction rice cookers quickly cost several hundred euros. But how good the Xiaomi cooker is, you don’t know beforehand, and with a purely Chinese speaking device, 120 or $160 are already a decent advance in trust. I really only want to recommend trying it out to those who understand Chinese (which are probably the fewest) or are so willing to compromise that they translate the individual keys themselves and re-label the cooker.

Apart from that it’s time to wait and see if Xiaomi will release a version with English lettering.