0 Kommentare December 30, 2019by Jens
Hey, guys! Just a heads up: The linked offer is already a bit older and the price of the gadget might have changed or it might not be available anymore.

Every few months a new mini-drone appears, which is supposed to be the next big hit. Usually there is a futuristic design and a catchy or “just strange” name. The new Jellyfish drone, which originates from the Xiaomi ecosystem and can now be ordered from, also hits exactly this notch. The drone does not originate from Xiaomi itself, but is sold in China via their platform and could just as well carry the Mi logo with its white cladding and packaging. Instead, an ornate “H” is emblazoned on the drone’s box, but even on Xiaomiyoupin, the brand name is not immediately recognizable. In China, there’s even an “Avengers” or “Iron Man” version of the drone – Endgame probably has a bigger fanbase there than here. 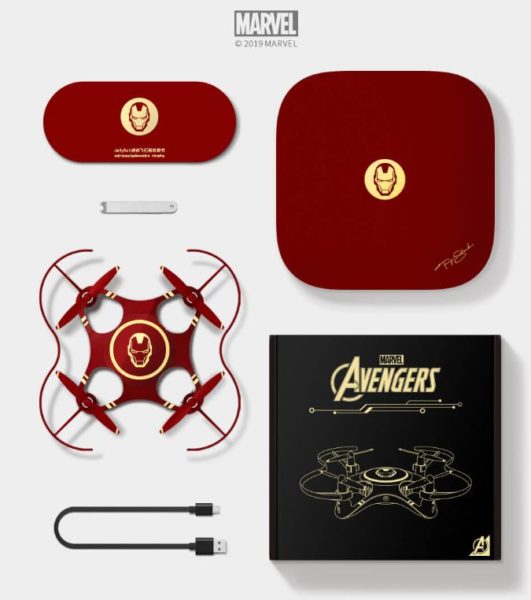 The name Jellyfish sounds strange at first, but there’s probably a reason for it. First of all, the drone is supposed to look like a jellyfish. This may require a bit of fantasy, but it can be seen in the beginning. And as freely as a jellyfish “floats” through the water, the Jellyfish drone should also glide through the air. Actually, it’s a nice analogy.

But to the facts. The drone is about 102 x 102 mm, 3.3 cm high and weighs 100 grams. It is not controlled by classic remote control but exclusively via smartphone with a corresponding app. This is where the first problem potentially arises: First of all, a Chinese app will probably be developed and only in the second step will an English translation be created. All in all, a good or bad app can determine the overall success of the drone. Because of the proximity to Xiaomi, we are cautiously optimistic about the quality, but Xiaomi also likes to stand out with purely Chinese apps. Additionally, the Jellyfish can also be controlled by hand gestures. 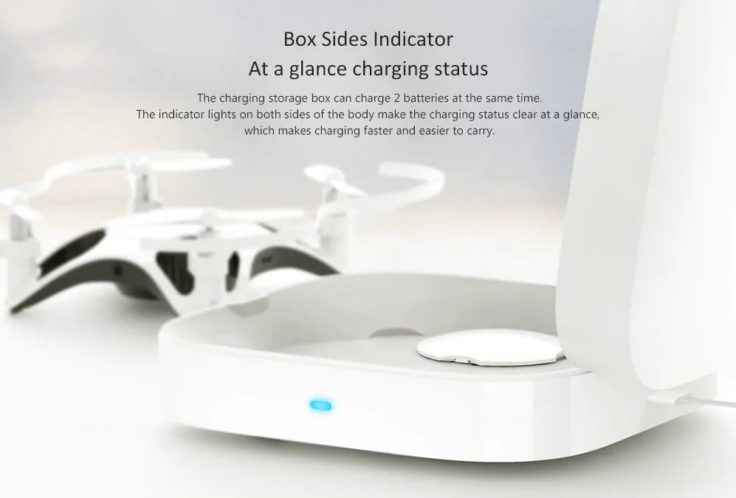 Besides that, there are a few appealing features. It already starts with the transport box, which also serves as a charging station for the removable battery. Theoretically, it can even charge two batteries at the same time, but of course you have to have them first.

There are “smart” flight modes, like a tracking function, but also automated flight maneuvers like a 360° shot. And speaking of recording: The camera can record videos in HD, i.e. with a resolution of 720p. All in all, with the available features it is probably on a par with the RYZE Tello.

Nothing is really revolutionary here, but the overall package still looks attractive. In order to compete with the Tello, which is already established, the price still needs to be adjusted. For a little over $100, which you currently have to pay at GearBest, I don’t see the Jellyfish in front yet. But you should keep an eye on it, because it looks very promising.