3 Kommentare April 30, 2021by Jens
Hey, guys! Just a heads up: The linked offer is already a bit older and the price of the gadget might have changed or it might not be available anymore.

In October 2020, Xiaomi launched a new line of building blocks sets in China, which are now available here. These are various science fiction vehicles, spaceships and robots, some of which are also motorized. Finally new models, yay!

The sets do not seem to be based on any existing franchise (at least not one that is known). Despite the similar name, they have nothing to do with the excellent movie Jupiter Ascending. To what extent Xiaomi is still involved is not quite clear either, because they no longer distribute the sets under the brand name. But they did the same with their Mitu sets retroactively. I think you can at least assume that you will get the same quality here; which name is on the package doesn’t matter in the end if the model is on the shelf or if the parts end up in the rummage box with the rest. 🙂

But to the details. There are five different sets: Two vehicles – one with chains and one with wheels – a spaceship, a gun turret and a six-legged robot. Apparently there are no B-models for all of them. Each set consists of 480 to 1200 individual parts. In addition, the transporter, the turret and the robot are motorized and can be controlled via app. It would be a bit much to go into the details of each set here. Many joints and moving parts have actually all of them; on a tracked vehicle, for example, the rear tires can be angled by almost 90°. The spaceship also has a stand on which it can be displayed, and the robot has a brightness sensor in addition to its motors.

We cannot say much about the quality of the stones, but it has been proven often enough that there is usually nothing to complain about. The previous Xiaomi models were all super finished. Only the instructions are a recurring problem: Xiaomi likes to leave them out and relies on building instructions via app. This is a cool feature, but not everyone likes it as the only option. In addition, Chinese apps often need a few extra steps to be able to use them properly. 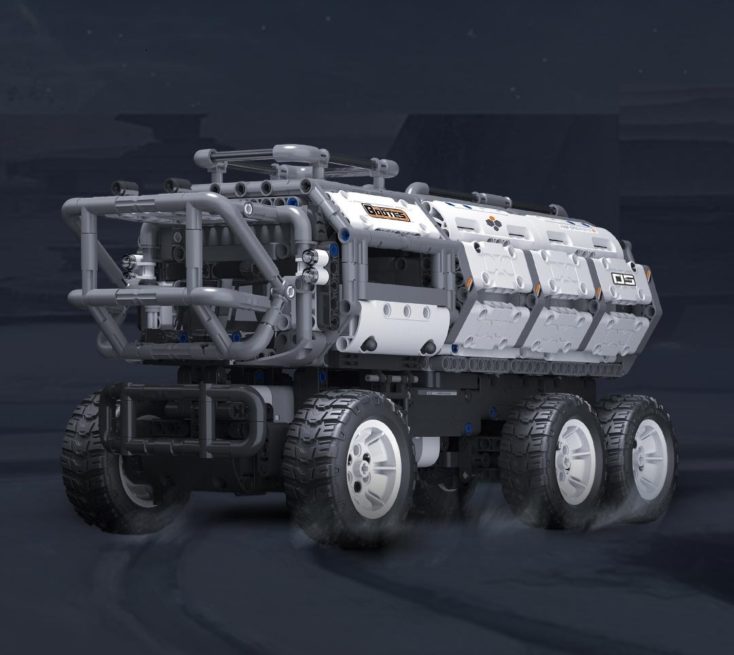 We will order one (or more?) of the sets ourselves. So far we have liked every model. This is a new way to go, even if there is a certain similarity to the very first Xiaomi building blocks sets. The Mitu Robot was also a controllable “robot”.

In terms of price, everything here is still within reason. The smallest set, the tracked vehicle consisting of 480 parts, starts at about $40. The largest set, the robot runner, consists of 1,200 parts and costs about $140. Which one is your favorite?