0 Kommentare June 5, 2022by Thorben
Hey, guys! Just a heads up: The linked offer is already a bit older and the price of the gadget might have changed or it might not be available anymore.

A Leica branding was like a stamp for a good camera for Huawei, which was also proven with the “photo wonder” Huawei P30. Now this partnership has come to an end, but the next cooperation already follows. Xiaomi and Leica Camera announce a partnership that is supposed to result in the first flagship smartphone as early as July. 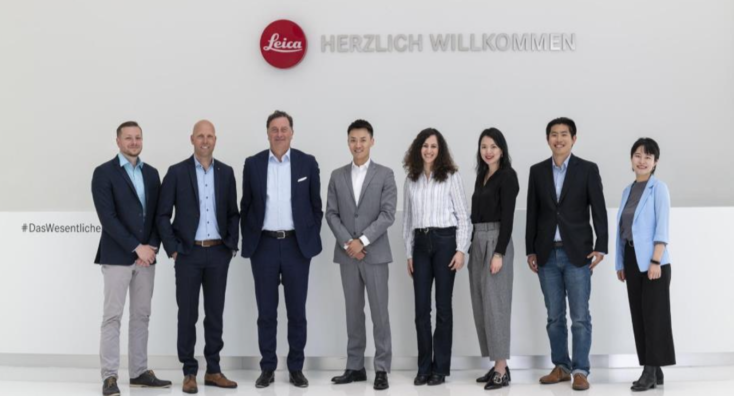 Xiaomi enters into partnership with Leica

Leica Camera is a German company from Wetzlar, which have enjoyed a very good reputation in the market of cameras for decades. Many famous photographers use Leica models, which are known for their own look. At the same time, the cameras play in the higher regions in terms of price and are often mentioned in the same breath as Hasselblad & Co. For more affordable models, the company entered into a cooperation with Panasonic more than two decades ago and now also serves the Micro Four Thirds standard.

Some time ago, the company also entered a partnership with Huawei, which started with the Huawei P9 and culminated in the P50 Pro, but has now come to an end.

Now, the company has found a new competitor in Xiaomi. The currently third-largest smartphone manufacturer, which also sells many smart AIoT products and consumer electronics, wants to expand its position further. Experiments like the first 108-megapixel sensor in the Mi Note 10 or the liquid lens in the Xiaomi Mix 4 show that the company attaches great importance to innovative technology. Since the Xiaomi Mi Mix 2S at the latest, it has become clear that the company focuses more on the research and development department in order to score points in the field of mobile photography with a lot of software work. However, various test reports also show that there is still room for improvement.

Xiaomi now wants to offer an outstanding user experience in cooperation with Leica and exploit smartphone photography to the maximum. This then refers to the aesthetic orientation and image editing preferences. The collaboration is expected to bear its first fruits as early as July 2022, when they unveil the first Xiaomi flagship smartphone with camera co-engineerd with Leica.

Xiaomi smartphones like the Xiaomi 12 Pro already offer a lot: top displays, top hardware, very fast charging and large batteries. The cameras are also good, but Xiaomi is not yet mentioned in the same breath as Apple, Google, Samsung or even Huawei when talking about the camera. That could change now. The focus is on the camera, because the collaboration between OnePlus and Hasselblad might not have turned out as expected. Will that change here? What do you expect from the Xiaomi Leica partnership?