3 Kommentare April 5, 2020by Thorben
Hey, guys! Just a heads up: The linked offer is already a bit older and the price of the gadget might have changed or it might not be available anymore.

The Xiaomi Mi 10 Pro convinced us with a very powerful camera and super fast charging. You can now get it for $815.67 (8/265 GB) at TradingShenzhen.

At the same time as the Xiaomi Mi 10, a Pro version, the Xiaomi Mi 10 Pro, was introduced. Due to the much better camera equipment, this actually made headlines. After we’ve already tested the normal Mi 10 in detail, we’d now like to go into the main differences between Mi 10 and Mi 10 Pro. Is it worth the extra charge for the Pro version? 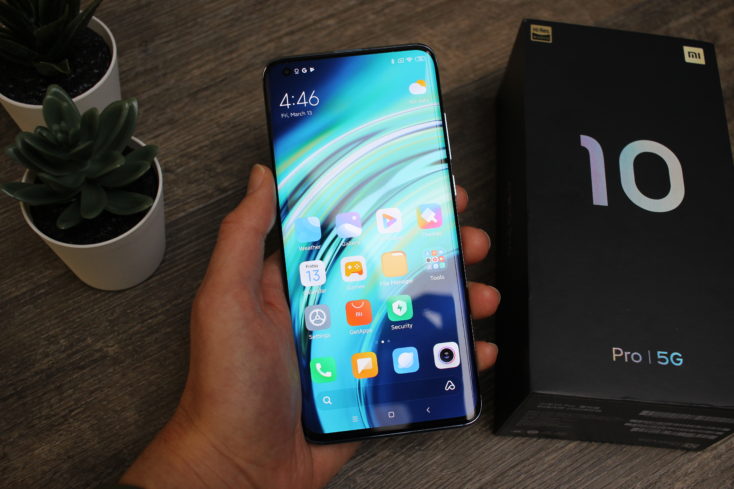 For those who haven’t yet gotten to grips with the Xiaomi Mi 10, we recommend our review of the Xiaomi Mi 10, in which we only go into the main differences between the two devices: the back, the camera & the quick charging.

The biggest optical difference between the two versions is the back. The normal Xiaomi Mi 10 is available in Titanium Silver–Black, Ice Blue and Peach Gold, the Mi 10 Pro in Pearl White and Starry Blue. We got the blue Colorway, which we really like extremely well. The whole back is matt and has a frosted look in combination with the dark blue color – very nice! This also improves the grip in the hand. 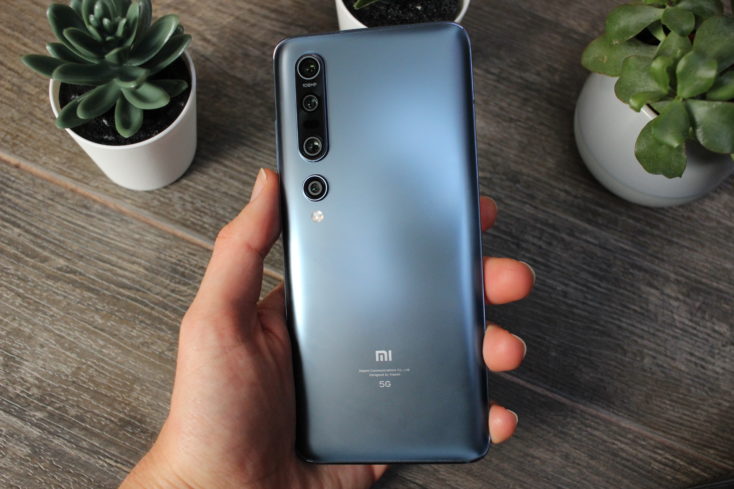 Otherwise, the Xiaomi Mi 10 Pro is identical to the normal Mi 10 and makes an extremely high-quality impression. We like the Pro version optically a little better, but that’s certainly in the eye of the viewer and is also related to the respective Colorway.

In contrast to the Xiaomi Mi 10, the Pro version is equipped with much better camera sensors. Although both work with the Samsung ISOCELL HMX sensor with 108 megapixel resolution, the other cameras are different. With the Pro, you get a 12 megapixel telephoto camera with 2x optical zoom and ƒ/2.0 aperture, as well as an 8 megapixel ultra-telephoto camera that allows a 10x hybrid zoom. The sensor for the ultra wide angle camera offers a 20 megapixel resolution. Same sensor, same software, same processor: there shouldn’t be any differences between the Xiaomi Mi 10 and Mi 10 Pro. And in most cases, there aren’t any differences either. Photos look almost identical, sometimes I like the Pro version a bit better, but that’s the exception. I feel that the focus range is a bit larger and not quite as minimal as with the Mi 10, but that could also be due to the autofocus. Basically it’s the same photo in most cases. 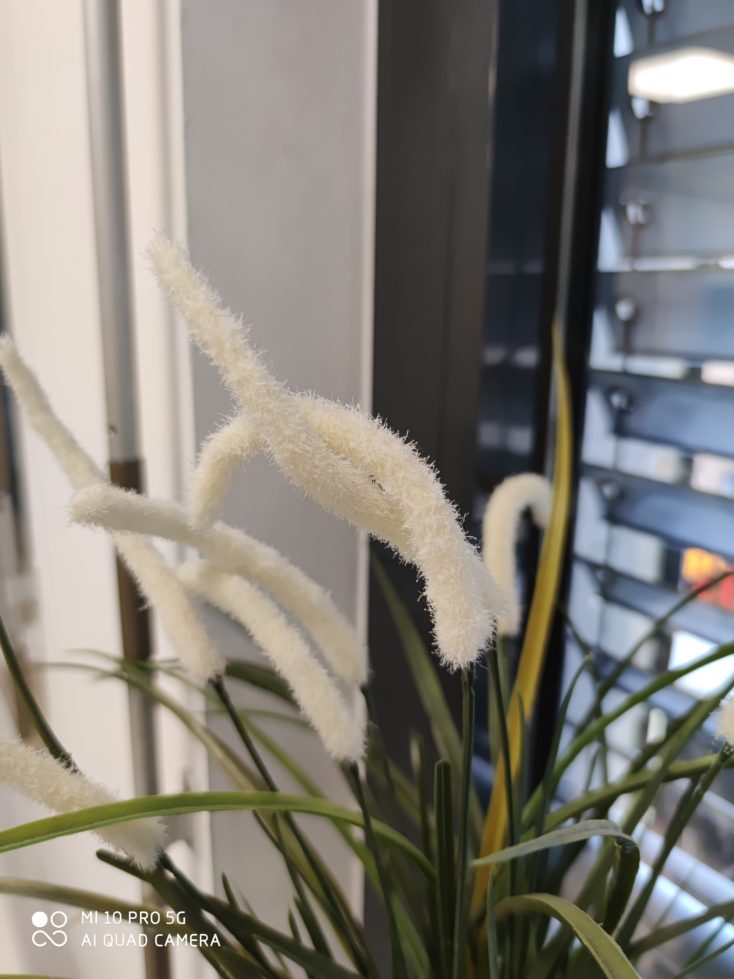 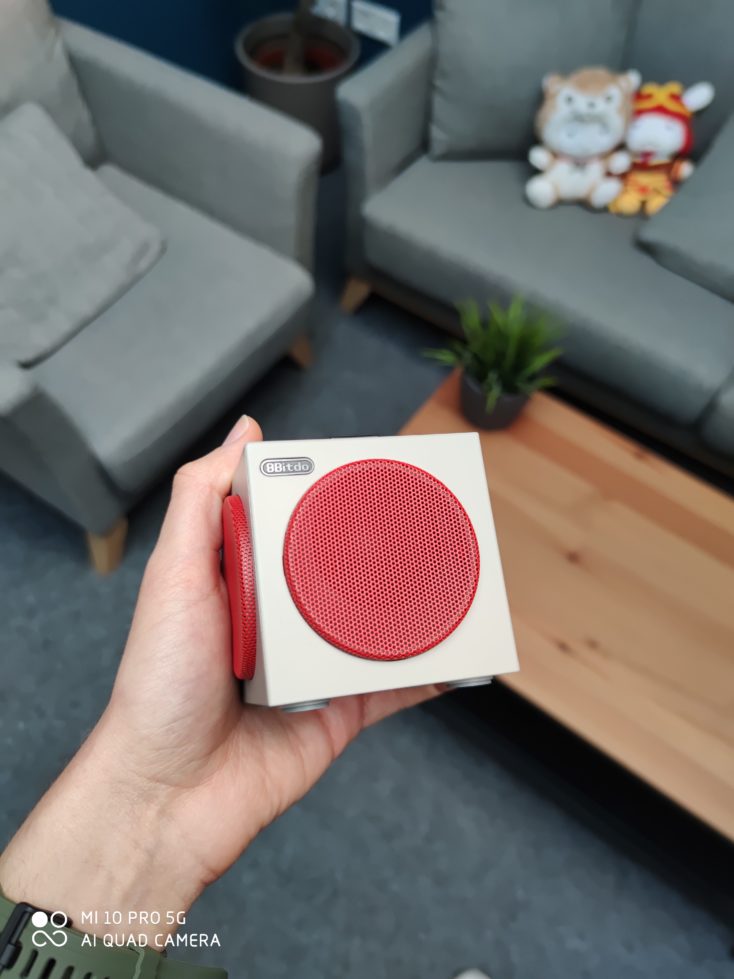 But in my eyes the main camera does not work completely reliable. There are situations where I am impressed by the detail and there are situations where you wonder what went wrong (Julian’s scarf). There is a lack of sharpness and details, apparently there is some kind of soft focus on it. On the other hand we like the skin tones a bit better. In my opinion, these outliers should not exist. Unfortunately we could find this out more often, but we could not reproduce it with the normal Mi 10. Maybe Xiaomi will fix it with an update. 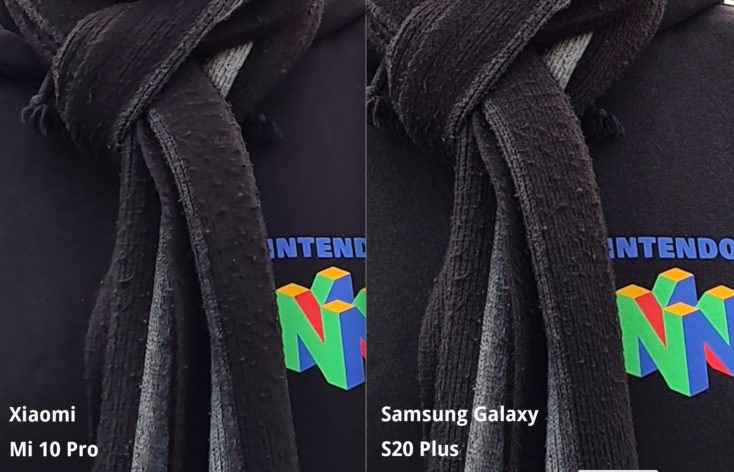 The processing time has not improved either. In comparison to the current Samsung Galaxy S20 Plus, the dynamic range is also worse. In the sky in the background you can see how much Samsung can get out of it. Nevertheless, the bottom line is that this is a good camera, with many possibilities and passable to good colors, even though the sharpness range could be larger over the entire image.

For more test photos, we recommend our review of the Xiaomi Mi 10.

I didn’t like the ultra-wide angle camera of the Xiaomi Mi 10 that much and it was a “cheap” sensor that you find in mid-range smartphones. The Xiaomi Mi 10 Pro gets more megapixels on paper and definitely produced better photos in the test. You typically have to do without sharpness in this mode, but at least it doesn’t produce any artifacts and consistently adheres to Xiaomi’s color profile. The photos are also a little brighter and offer the better dynamic range. 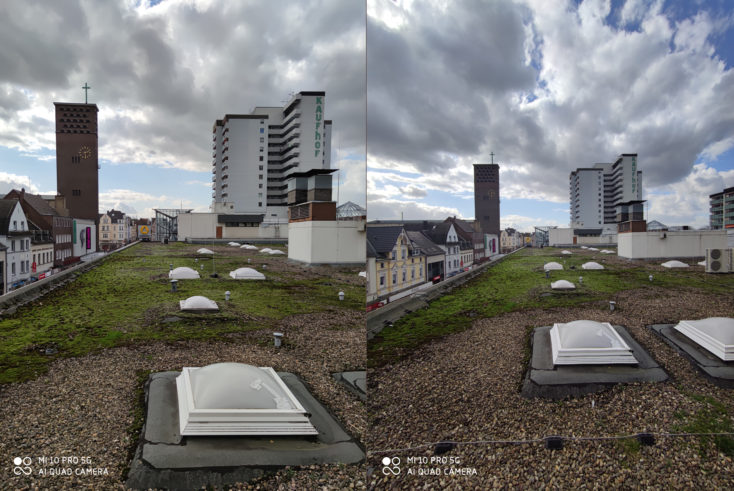 That 12 megapixels are quite sufficient for a mobile phone camera is proven by the secondary sensor in almost every photo. In contrast to its predecessor, Xiaomi has used a different, more light-intensive sensor despite the same resolution, which performs slightly better in low light. But the sharpness is really nice even in artificial light and enough details are also visible. The only problem I see is the autofocus, which doesn’t work reliably in every situation and needs some readjustment in places. 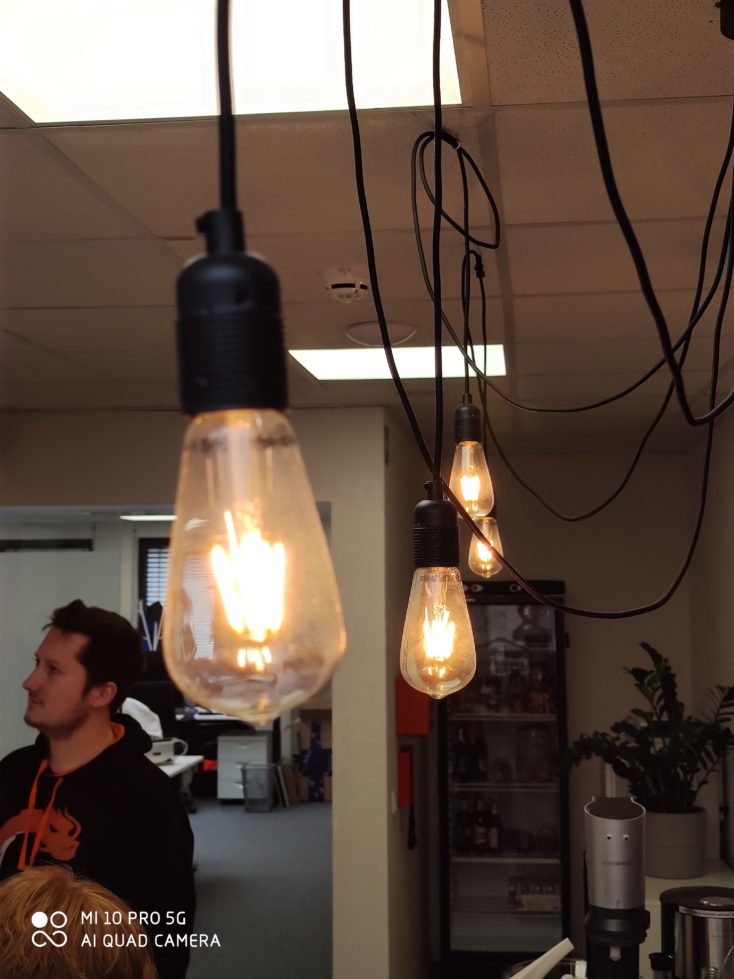 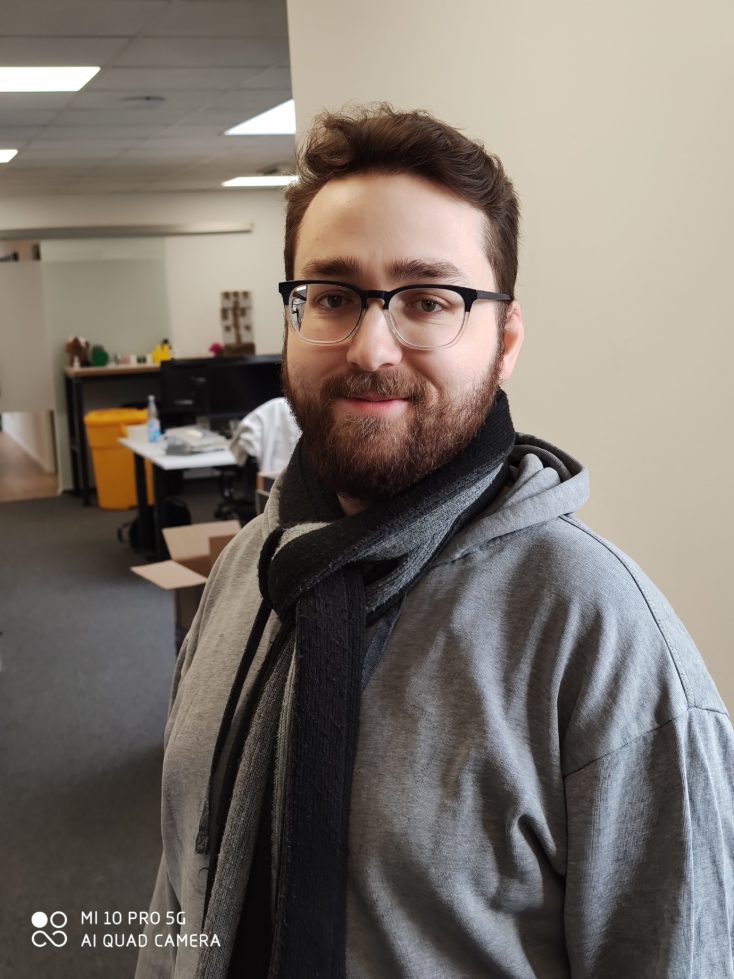 Xiaomi’s greatest strength in the photo sector is, in my opinion, in the portrait sector, which the Xiaomi Mi 10 Pro once again impressively underlines. Especially in a direct comparison with the Samsung Galaxy S20 Plus, there is a considerable difference in the sharpness of the images. This is more apparent here than in normal photo mode. Where you like the colors better in comparison, it’s certainly a matter of taste. The edge detection is slightly better in Samsung, but this is only noticeable when zooming in.

Due to the higher contrast, the Samsung looks a bit more lively, but the color is already very saturated, and when zooming in, Xiaomi’s sharpness is better. 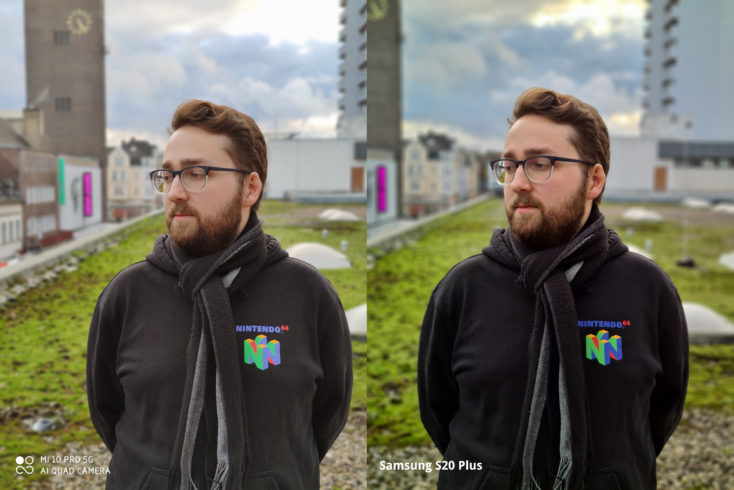 For this, the Mi 10 Pro uses the 12 megapixel secondary sensor with 2x optical zoom. Due to the higher focal length you automatically have a better bokeh effect. The bokeh effect can be adjusted by setting the aperture and can also be adjusted in the gallery afterwards.

Even if one has to accept a slight loss of quality when using the 5x optical zoom, I was positively surprised. With objects and a clear focus in the picture, the sharpness is convincing, the autofocus works reliably and also the color profile surprises with lifelike colors. One notices that the sensor is equipped with an optical image stabilisation (OIS), nevertheless one still has to hold still. In the example photo of the alarm clock, it is sharp and focused, but the writing on the right side of the scooter is unfortunately blurred. 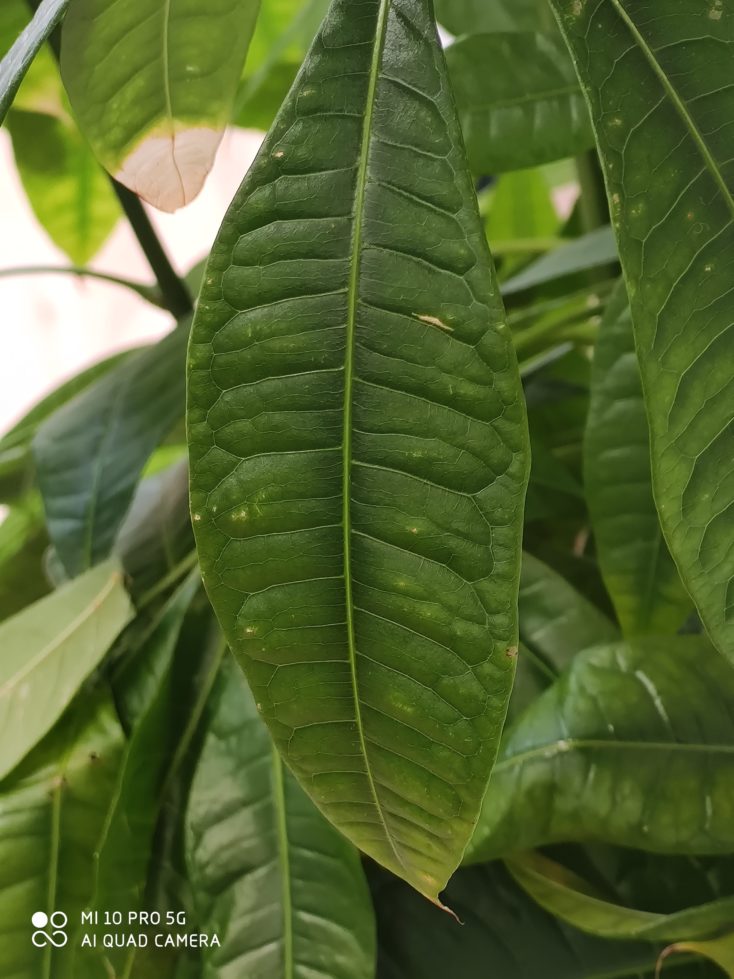 Overall, the Xiaomi Mi 10 Pro’s tele range is really well covered here. In my opinion, one doesn’t have to use the digital zoom, as one gets served large pixels that deceive the otherwise positive impression. In my opinion, one definitely doesn’t need more zoom. If in doubt, it is almost always the better photo when you get closer to the object. Only if this is not possible, you should use zoom cameras.

The Xiaomi Mi 10 Pro is equipped with a slightly smaller battery compared to the normal Mi 10. Instead of 4,780 mAh there is “only” 4,500 mAh capacity. Why exactly this is the case is not quite understandable, but the difference is not decisive. In return, the Xiaomi Mi 10 Pro can be charged much faster. There is actually a 65W (!) charger in the scope of delivery, which can also be used loosely for a notebook as an alternative. The catch: You can “only” charge the Xiaomi Mi 10 Pro with 50W, which is 20W more power than the Xiaomi Mi 10. 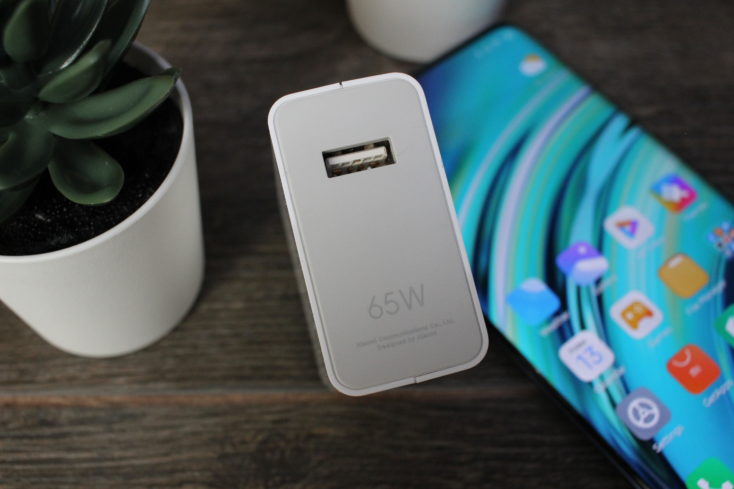 In fact, Xiaomi Mi Charge Turbo is used here, the percentage is even displayed with two decimal places on the charging animation – cool! So you can really watch the hand charging. From 16% battery level it takes just 15 minutes to get over 60%, in 30 minutes it goes up to 90%. This makes the Xiaomi Mi 10 Pro with the Realme X2 Pro the fastest chargable smartphone we’ve ever had in the test. 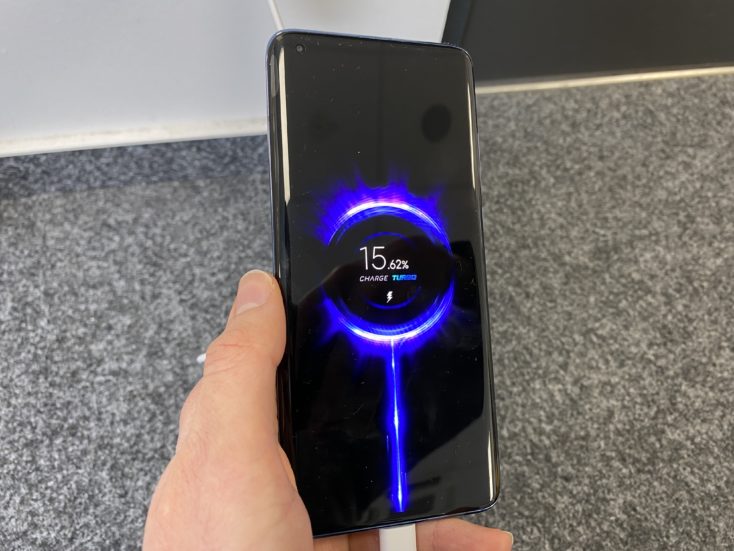 Like the normal Mi 10, the Pro version can be charged wirelessly with 30W. You have to purchase the Xiaomi 30W Qi charge stand separately for this. You also need a corresponding charger for this. After all, the charger needs an input power of 45W to get 30W wireless output.

Xiaomi apparently follows Apple’s strategy with the release of the Xiaomi Mi 10 and Mi 10 Pro and wants to pick up camera enthusiasts with the Mi 10 Pro. The actual bestseller, in this case the Mi 10, is supposed to make the masses happy and still offer a similar experience. But this only works to a limited extent, the differences in the camera are too serious for that.

I’m very happy with the Xiaomi Mi 10 Pro as a complete package and I think that we have the mobile phone in our hands that we wanted from Xiaomi. I’m still not a big fan of the 108 megapixel Samsung sensor, in my opinion Xiaomi has not done itself any favors with it. On the other hand, the other three sensors are convincing: you cover a long focal length, the difference in quality is less than in the last generation and the app implements the many modes well and clearly.

We’re very curious about how much Xiaomi will charge for the Pro version when the Global version is released on March 27. For the “rest” of the smartphone, we recommend our very detailed review of the Mi 10. We definitely have a Samsung S20+ Killer here, but it’s only convincing if the price difference is correspondingly high.