3 Kommentare September 30, 2020by Thorben
Hey, guys! Just a heads up: The linked offer is already a bit older and the price of the gadget might have changed or it might not be available anymore.

The Xiaomi Mi 9T Pro has become the favorite smartphone of many Xiaomi fans last year. The T-series was brand new and with the release of the Poco F2 Pro we hardly expected a continuation. But now the manufacturer has expanded the Mi 10 series with two more top models: the Xiaomi Mi 10T and Xiaomi Mi 10T Pro. Xiaomi makes some surprising decisions. 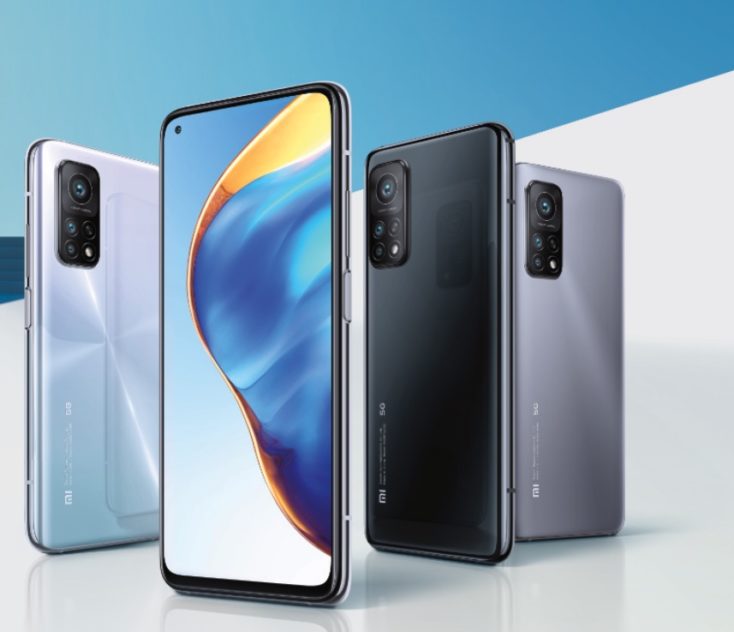 On the front, Xiaomi says goodbye to the pop-up design and opts for a punch-hole solution here as well. This means that the front camera is located in the top left of the display, just like in the Mi 10, which is of course also done to differentiate between the Mi 10 series. The punch-hole is again similarly small as in the Mi 10, so that even the punch-hole hater can get used to it relatively quickly. Just like the normal Mi 10, the Mi 10 also has a 6.67″ screen diagonal, which has established itself as Xiaomis one size fits all in 2020. In contrast to the Xiaomi Mi 10, the display is not curved, i.e. flat on the sides and not rounded. 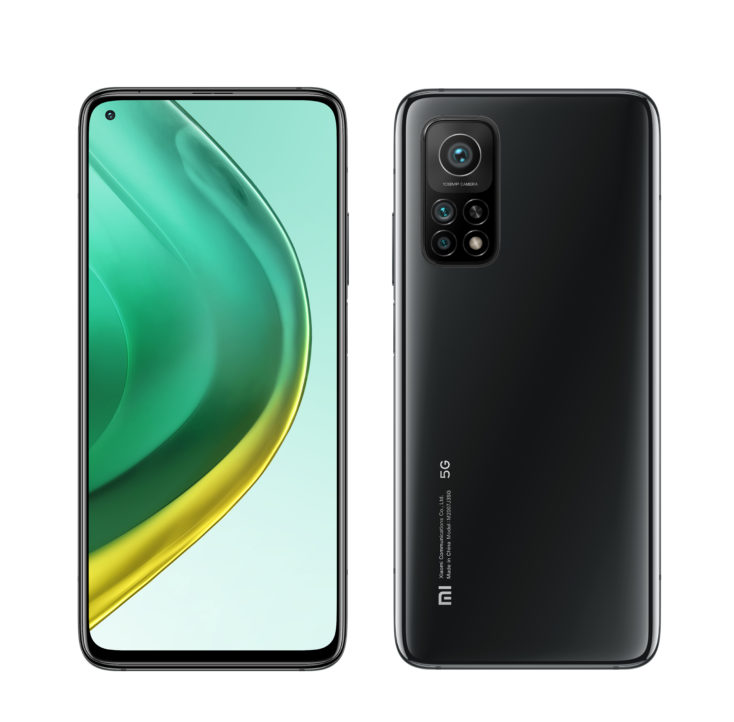 The display is also a highlight, but it also raises questions. The Xiaomi Mi 10T and the Xiaomi Mi 10T Pro have a 144 Hz display, i.e. a screen with a refresh rate of 144 Hz. This means that the display panel updates 144 times per second, which results in a much smoother display compared to the standard 60 Hz refresh rate. So far, we only know this from gaming smartphones like the Nubia Red Magic 5S or the Asus ROG III, but Xiaomi has developed its own AI for this, the Adaptive Sync, which automatically recognizes when which refresh rate is required and adjusts the display accordingly.

However, this is an LC display and not an AMOLED display as in the Xiaomi Mi 10 and Mi 10 Pro. This eliminates a possible always-on display and the fingerprint sensor in the display, which is now on the right side. 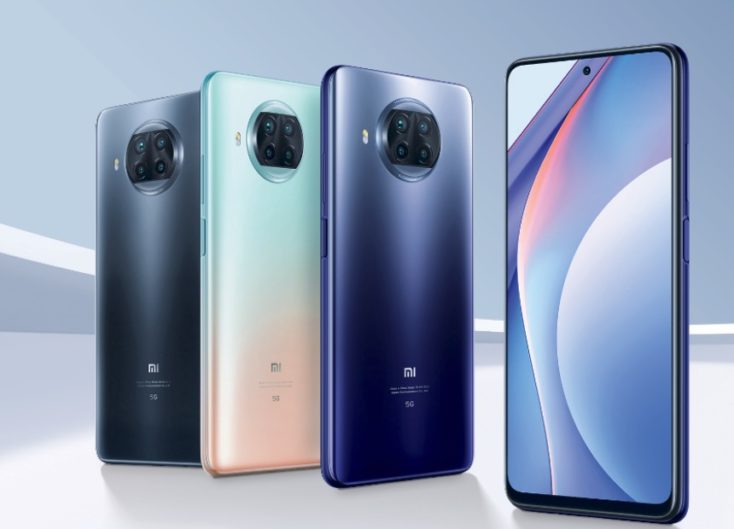 The back reveals a new camera design. The rectangle contains a triple camera, with the main camera sensor on top alone. Below it are the two other sensors, light sensor and flash. The Xiaomi Mi 10T Pro is available in the colors Aurora Blue, Cosmic Black and Lunar Silver, while the Mi 10T is only available in Cosmic Black and Lunar Silver. Both the front and the back are protected with Gorilla Glass 5.

The difference between Mi 10T and Mi 10T Pro: the camera 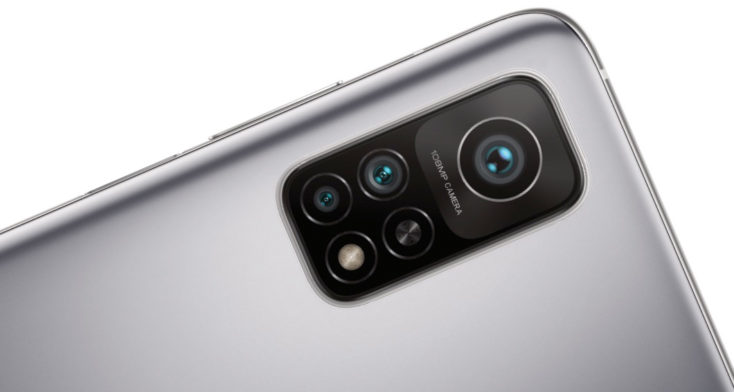 Both the Xiaomi Mi 10T and the Xiaomi Mi 10T Pro combine a 13 megapixel ultra-wide-angle camera with ƒ/2.4 aperture with a 5 MP macro camera on the back, which offers a close-up limit of 2 cm. It’s nice to save the unnecessary portrait sensor here. On the front there is a 20 megapixel front camera. In the presentation, Xiaomi has also placed emphasis on certain photo modes such as the front & back mode and the clone mode, which is also possible for videos. Furthermore, 8K video recording at 30fps is possible with both devices.

The Xiaomi Mi 9T was rather to be classified as a strong middle class smartphone, while the Mi 9T Pro replaced the Mi 9 as a flagship. Now the manufacturer decides to go a different way, similar to the Mi Note 10 and Mi Note 10 Pro. Both devices are equipped with the same Qualcomm Snapdragon 865 processor, which can also be found in the Mi 10 Ultra. Surprisingly, the slightly better Plus variant is not used here either, but the Octa-Core CPU with 2.84 GHz clock speed is still a performance beast and top processor. 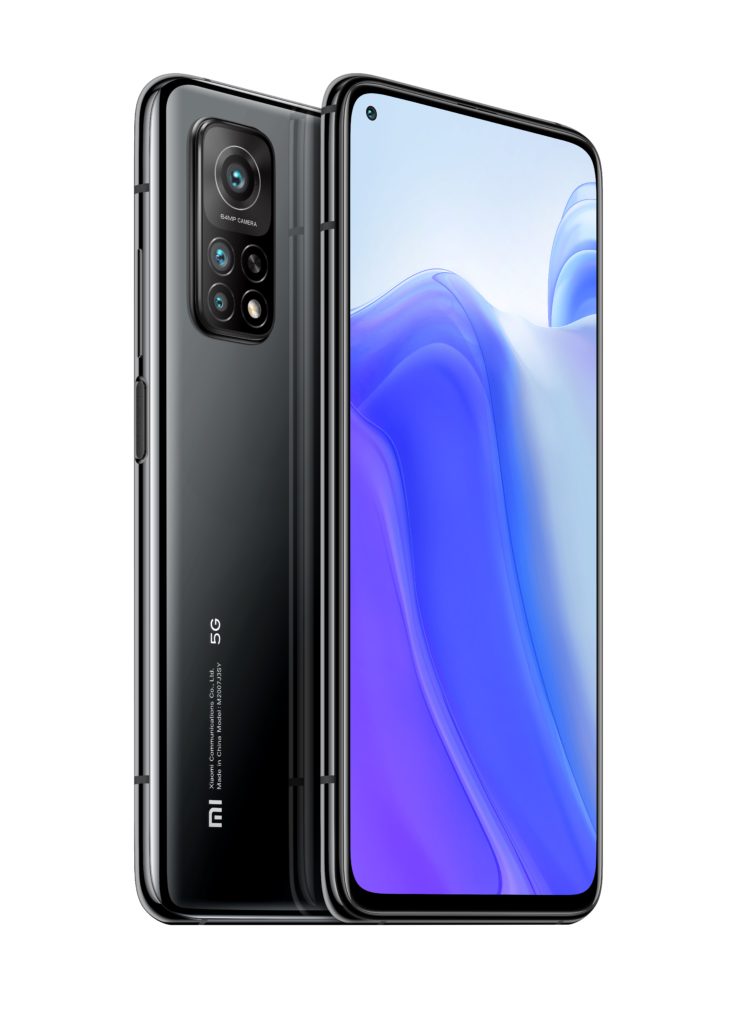 A small highlight is also the battery capacity, which at 5,000 mAh is 200 mAh greater than the Xiaomi Mi 10. Whether one would like to compensate with it the not completely so energy-efficient LCD technology of the display? Possibly, but Xiaomi has probably also provided for battery optimization away from that. Thanks to the new Middle Middle Tab Technology (MMT), charging starts in the middle of the battery, not at the end, which should ensure less power loss and a constant charging speed. 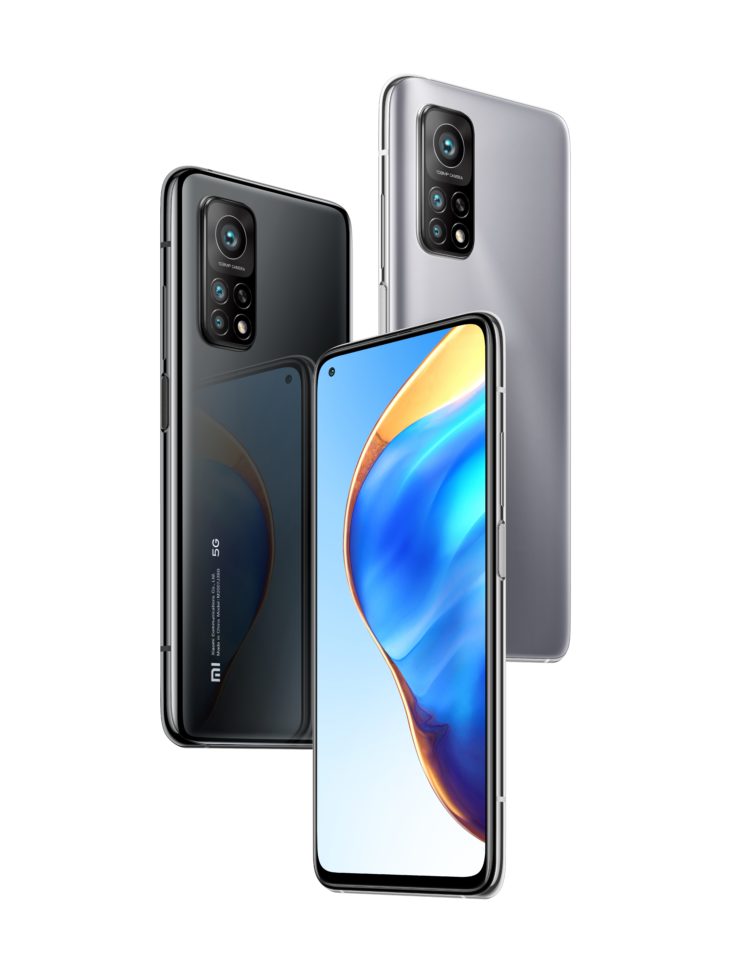 Because of this and the 33W charger the Mi 10T and Mi 10T Pro is fully charged within 60 minutes, which is 17 minutes faster than the competition with 40W charging. With the MMT technology one should be able to last longer even with the last percentages. Wireless charging is unfortunately not possible, which is not the case with the Mi 10 and Mi 10 Pro.

Thanks to the SD 865 processor, both smartphones are 5G-capable. But the integrated 5G Smart Switch decides for the user when 5G is necessary and can automatically deactivate it, which of course saves battery power. But LTE Band 20 and 28 are also on board, with only the first of two SIM slots being 5G-capable. But you can use Dual-SIM 4G. However, a memory expansion via microSD is not necessary. Instead there are Dual Band WiFi 6, Dual GPS, Bluetooth 5.1 and NFC for contactless payment. On the bottom side there is a UBS-C port, but no 3.5 mm jack connector. But for that you probably put an adapter in the scope of delivery.

Another highlight is the integrated stereo speaker, which will hopefully find its way into more Xiaomi smartphones after the Poco X3 NFC. Both smartphones come with Android 10, which runs Xiaomi’s own MIUI 12 operating system.

Apart from that, I personally would rather recommend the Xiaomi Mi 10T, since the 108 MP sensor is not worth the extra price in my eyes. Apart from that, less RAM remains the main difference if you go for the small version. But even 6GB is enough and even then the Mi 10T seems to be a strong performer with many cool extras!