4 Kommentare May 31, 2021by Tim
Hey, guys! Just a heads up: The linked offer is already a bit older and the price of the gadget might have changed or it might not be available anymore.

The Xiaomi Mi Air 2 SE have dropped in their price. You can get them from AliExpress for $15.46/13,22€ or they are even available at Amazon.com, Amazon.de and Amazon.co.uk. 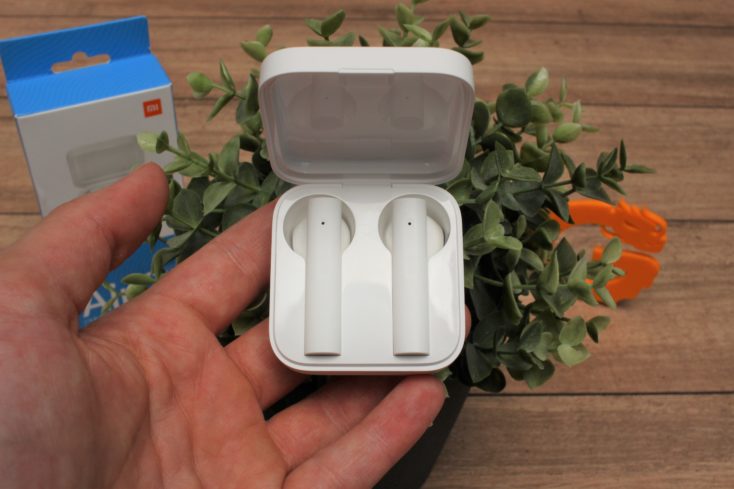 Before the review starts, here is a brief explanation of the naming of the Xiaomi headphones. As is so often the case, Xiaomi is not making things easy for us here and is creating new names for all models for the European market.

Personally, I find the names for the Chinese market much more catchy, easier to remember, and can’t understand why Xiaomi is so complicated.

The only logical explanation for me is that Xiaomi wants to avoid another name dispute in Europe. The Chinese tech giant has already lost such a case in the EU in 2017, when Apple filed a lawsuit against the word mark “MiPad”, which is also too close to Apple’s word mark “iPad” according to the judges’ decision. 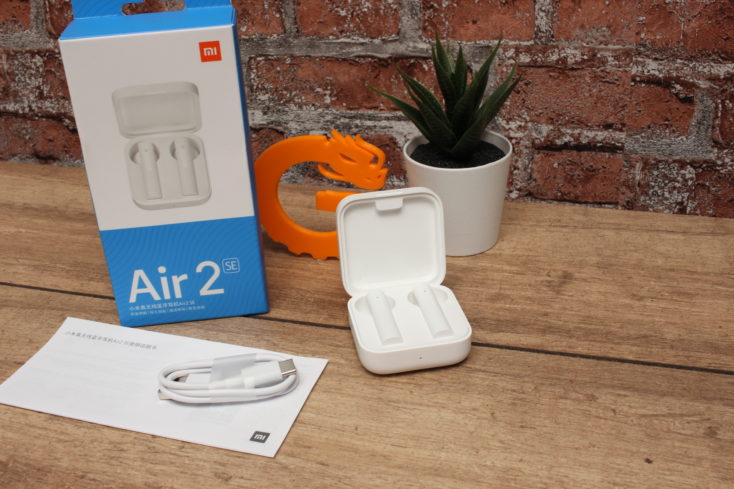 Inside the packaging are the earphones with charger, USB-C charging cable and operating instructions in Chinese. The international version is also multilingual and has a CE mark.

The interested China gadget reader (thanks for your support!) will already know that I personally wasn’t the biggest fan of the design of the handsets already with the Xiaomi Mi Air 2. With the “Basic-Version” it unfortunately doesn’t get better. 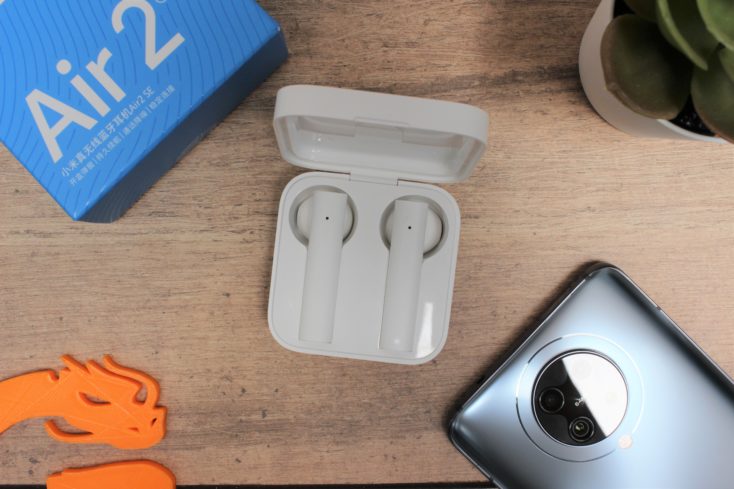 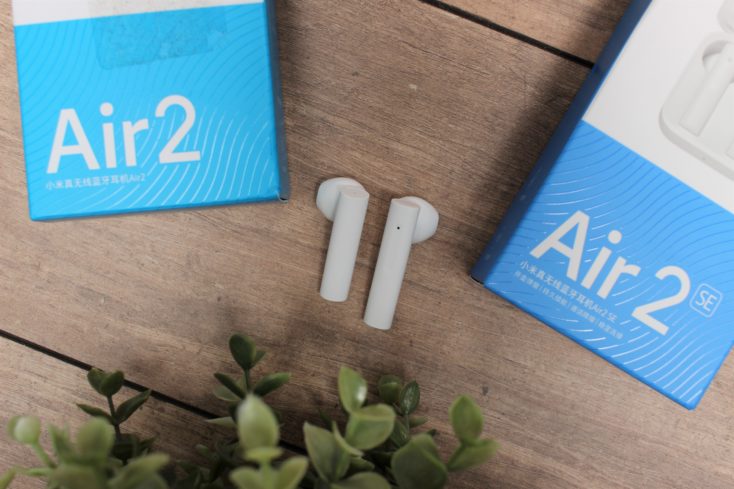 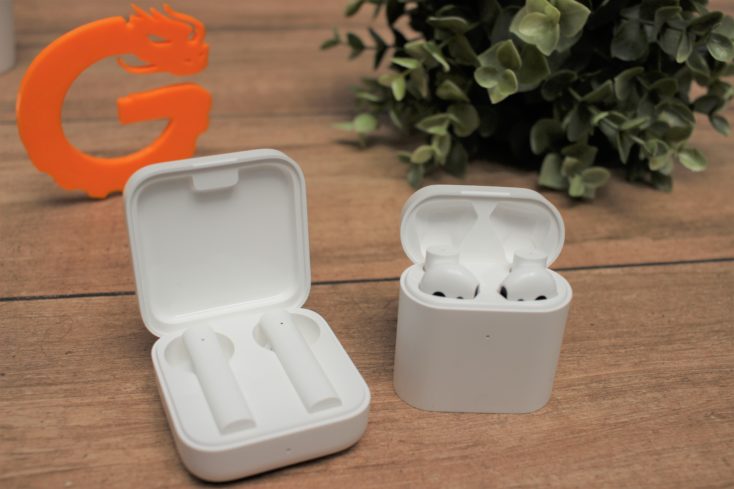 As usual, I have nothing to complain about in the area of processing. The Xiaomi Mi True Wireless Earphones 2 Basic are cleanly processed and have no material or production defects.

Wearing comfort – I don’t get warm with half in-ears

Especially with half in-ear headphones alá Apple AirPods, the shape of your ear depends on how well the headphones fit. Compared to real in-ear headphones, there’s no way to improve comfort with rubber ear pads, it may or may not fit. 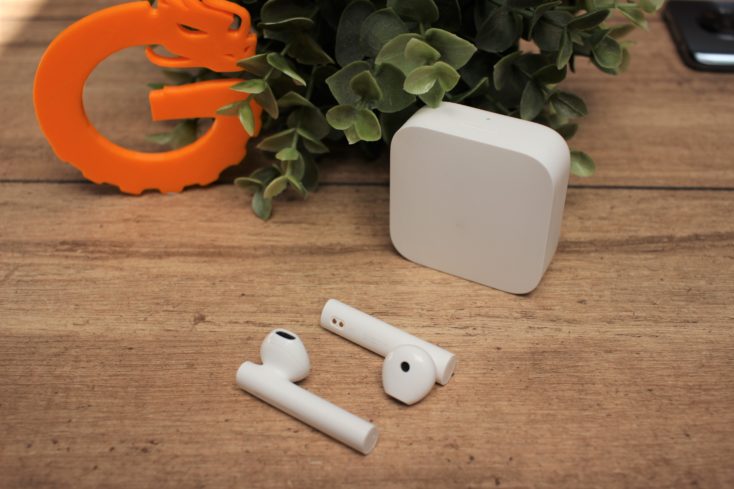 My ears are apparently not really made for half in-ears. Not only with the Xiaomi Mi True Wireless Earhpones Basic I have the feeling that the earphones are too loose and could fall out of my ears at any moment. 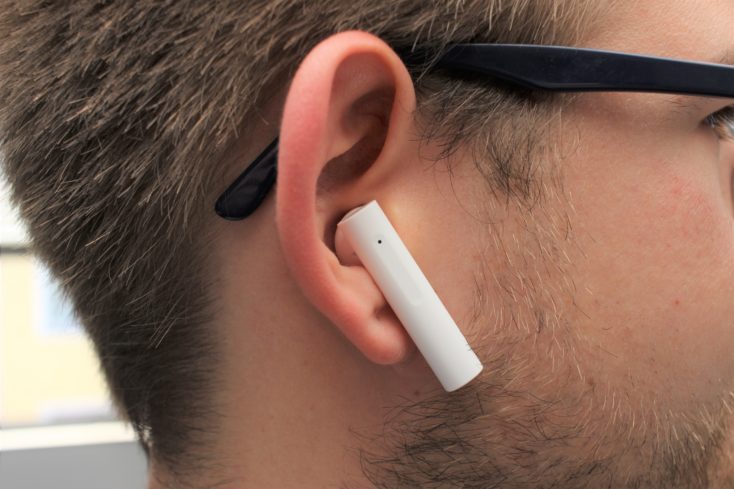 Like the normal version, the Basic version is equipped with a dynamic driver with a 14.2 mm membrane. 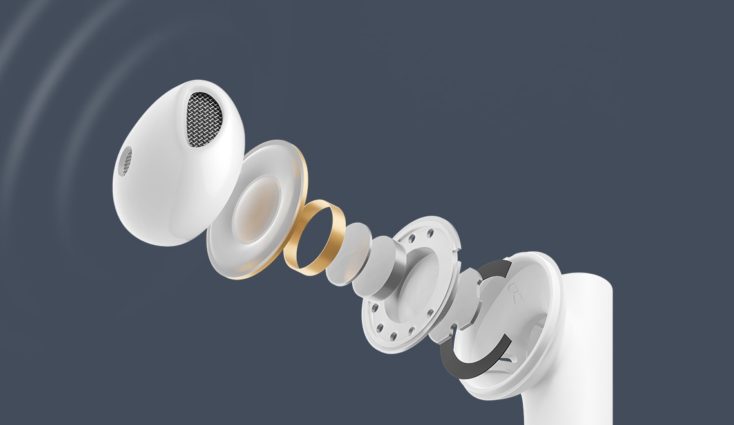 Compared to the Xiaomi Mi Air 2 (Xiaomi Mi True Wireless Earphones 2), I can’t make out any significant differences in sound. Both headphones offer about the same amount of bass for my perception and both also deliver solid high and midrange sound. Only when listening to high-definition music and using the LHDC codec that the Xiaomi Mi Air 2 supports, the more expensive version provides more details.

Compared to the Apple AirPods and the Huawei Freebuds 3, Xiaomi has caught up in the bass range in my opinion. While the Xiaomi Mi Air 2 had a sound update for more powerful bass, the Xiaomi Mi Air 2 SE is inherently on about the same level as the competition.

What hasn’t changed much for me are the tonal differences in the midrange and high frequencies. In my opinion, the competition from Huawei and Apple covers a larger frequency spectrum, while the Xiaomi Mi True Wireless Earphones 2 Basic sound less detailed. However, one shouldn’t ignore the not inconsiderable price difference here.

During my test calls with the Xiaomi Mi True Wireless Earphones 2 Basic, the headset worked well overall. My conversation partners were able to understand me well overall, noise is reliably reduced and is only a problem from a very high volume.

In the test, the headset even worked better than the Xiaomi Mi Air 2, so it’s nice that Xiaomi has even improved the budget version.

As with the normal version, the operation of the Xiaomi Mi True Wireless Earphons 2 Basic is a bit meagre. Compared to the competition, the headphones only support a few gestures. Thus, it’s unfortunately not possible to adjust the volume or select the next/previous track. Functions of the touch sensors:

The functions that the Xiaomi Mi True Wireless Earphones 2 Basic are supposed to support are reliable in the test. Overall, however, the operating options without volume and title adjustment are simply not up to date.

The Xiaomi Mi Air 2 SE are equipped with a Bluetooth 5 chip. This supports the SBC standard and the AAC codec; the Basic version cannot support the LHDC codec, which the normal version supports. Unfortunately, the popular aptX codec from Qualcomm does not support Xiaomi in-ear headphones. 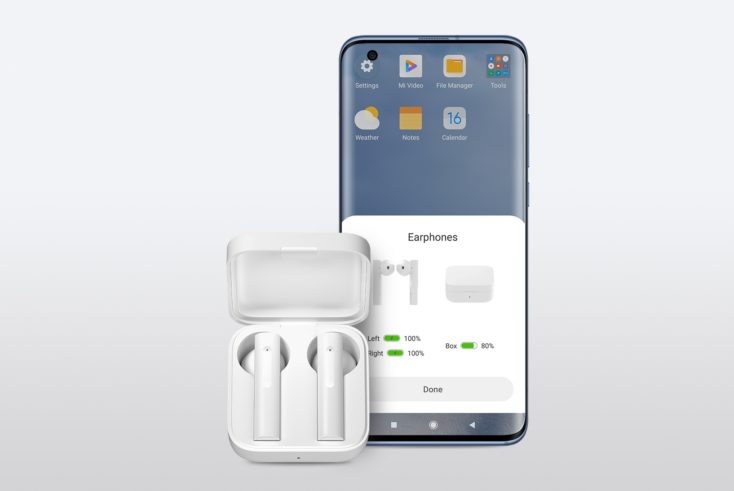 If you’re the proud owner of a Xiaomi phone, there is a pop-up window among many devices. This pops up after opening the charger on the smartphone and shows the battery status of the individual handsets and the battery box. Unfortunately, the pop-up window did not work in the test, but with the upcoming MIUI updates more and more phones will be added. You can find an overview here.

Xiaomi is silent about the actual size of the built-in batteries, as already in the Xiaomi Mi Air 2, but the indicated battery life of the Xiaomi Mi True Wireless Earphones 2 Basic is somewhat longer with 5 hours. In the test, we were able to get about 4 hours and 15 minutes out at a volume of 50 -70% – solid. 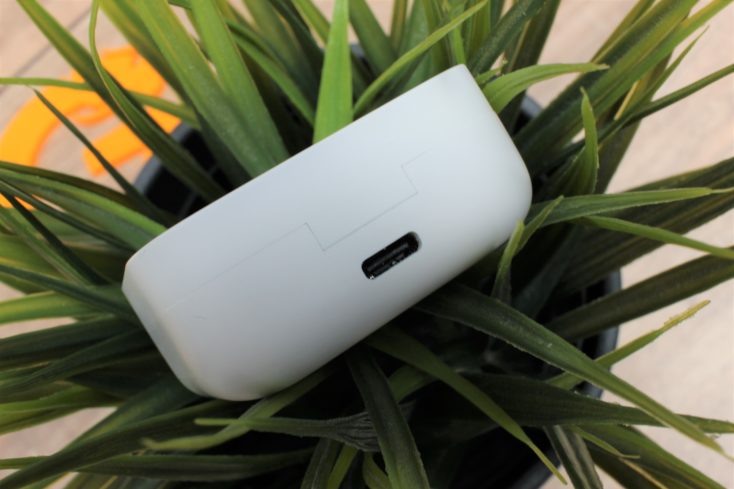 The earphones can also be recharged slightly more than 3 times with the charging box. This results in a total runtime of 16 to 20 hours, depending on the music volume. The complete charging process takes about 90 minutes.

The Xiaomi Mi True Wireless Earphones 2 Basic or Xiaomi Mi Air 2 SE offer solid sound as long as the handsets fit snugly in your ears. In addition, they have a good Bluetooth range, a useful headset.

The design is a matter of taste, I personally find the earphones too long and the rods too thick, as with the normal version. If you don’t mind that as much as I do, then that shouldn’t be an obstacle! I have nothing to complain about in the workmanship and materials.

It’s a pity that Xiaomi only offers a very poor touch-sensor operation, there should have been a few more functions. At least the selection of the next title is a must in my eyes. Smart on the other hand is the wearer recognition, which works reliably in the test, and the pop-up window on Xiaomi phones is also a cool feature!

It’s not my personal favorite, for the reasons mentioned above, but considering the price-performance ratio, I think the headphones are okay. Is the headphone interesting for you or do you have similar concerns as me?