2 Kommentare July 7, 2021by Thorben
Hey, guys! Just a heads up: The linked offer is already a bit older and the price of the gadget might have changed or it might not be available anymore.

Xiaomi now has so many fans that an overview of all smart fans is indispensable. Not all of them are directly from Xiaomi, and there are only three of them in Europe, for example. In China, however, there is still the Xiaomi Mi Air Circulator Fan. Unlike its big brothers, however, this is a smart table fan! 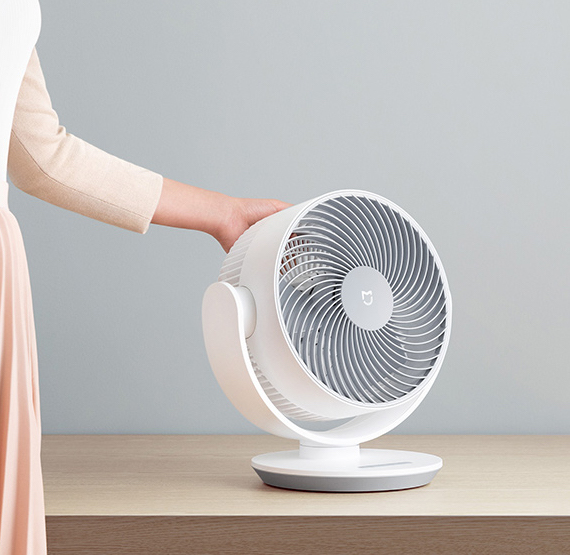 Xiaomi Mi Air Circulator Fan: Off to the table

Since it is a table fan and not a stand fan, the Xiaomi Mi Air Circulator Fan is not comparable to the Mi Fan Pro or other models. Finally, the manufacturer has also done more than simply shorten the rod a lot. The design is somewhat reminiscent of the Bat Signal, except that the Mijia logo sits in the center instead of the bat. At 33 cm tall with a diameter of 22.5 cm, the fan fits nicely on a desk or coffee table. As is typical for Xiaomi, the smart home gadget is mostly part white, with only the front rotor guard being gray. 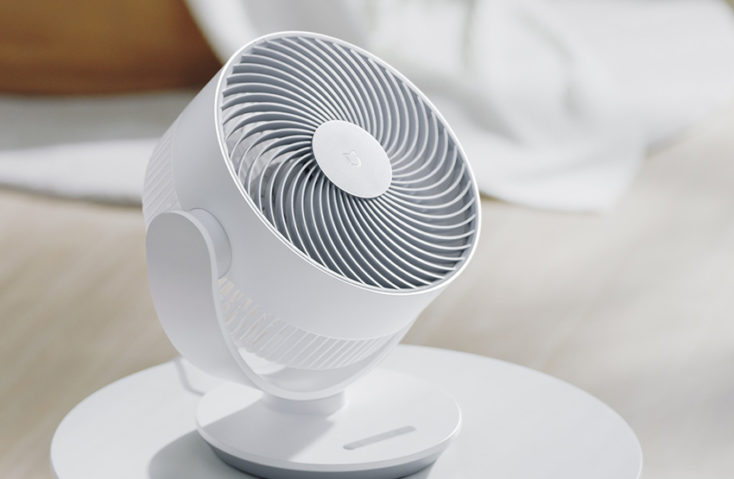 Xiaomi works here with a suspension that allows the fan to rotate horizontally by 120°. However, unlike the stand fans, the Mi Air Circulator Fan or the Xiaomi table fan can also oscillate 90° up and down. You can usually only tilt the table fans slightly.

The table fan stands on a base, in which the controls are also located. With a total of five buttons, you can turn the fan on and off, switch between modes, set the oscillation (left/right and up/down) and the timer. According to the China store, the fan comes in at a weight of 2.3 kg. However, there is a handle at the back to make the fan portable. 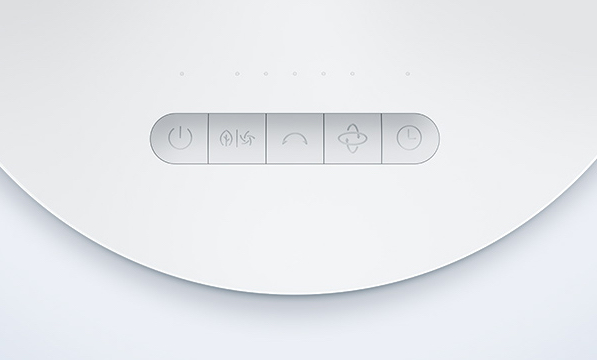 Like almost all other Xiaomi fans – except for the Xiaomi Mi Fan 1C/2 Lite – the table fan also works with a DC motor, that is, a DC motor. This makes the operation whisper-quiet and more energy-efficient. The power is 24W, and the volume is up to 60 dB at maximum setting. According to the manufacturer, you can feel the airflow even from up to 10m away and the air volume is 19 cubic meters per minute. There are five different speed settings and the popular nature mode, which imitates natural wind.

Like the Mi Fan Pro or Smartmi Standing Fan 2S, the table fan seems to be equipped with a battery. Once that is fully charged, you can use the fan for up to 40 hours. For charging, you have to make do with a power cable with a CN plug, which is why you need a China adapter, or look out for a version with the correct plug. However, Xiaomi seems to have forgotten a status display for the battery. 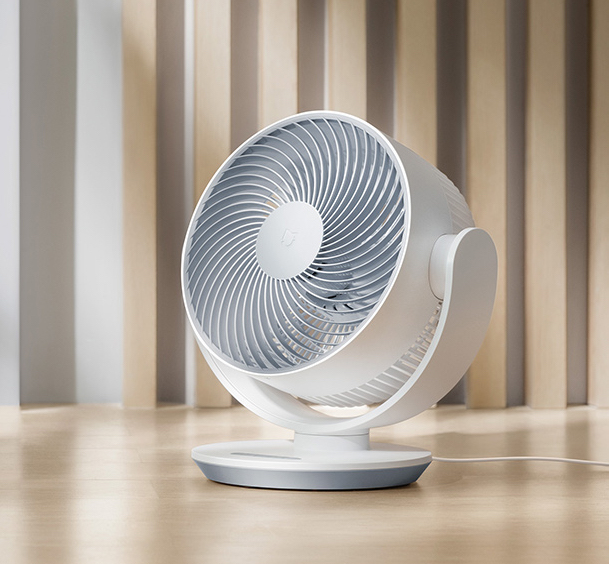 The special feature of the Xiaomi fans, however, is the app integration the Mi Home app. Through it, you can control the fan, turn it off, set a timer, or automate it as part of your smart home. You can read how well this works, for example, in the review of the Smartmi Standing Fan 2.