9 Kommentare February 4, 2019 by Maike
Hey, guys! Just a heads up: The linked offer is already a bit older and the price of the gadget might have changed or it might not be available anymore.

After weeks of speculation and new leaks, the Xiaomi Mi Band 3 has finally arrived. Whether the fitness tracker can build on the unbelievable success of its predecessor is up to you in the end. But we can already say – the band 3 is sawing on the throne, on which the band 2 has been sitting (rightly) for so long. 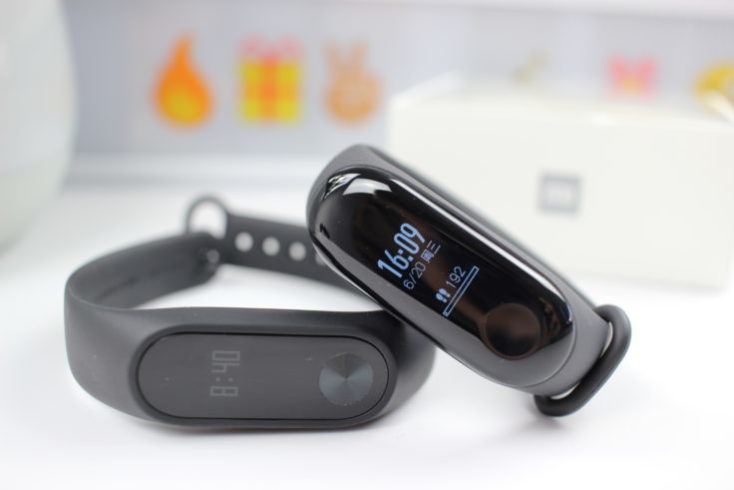 The new touch display & design of the Xiaomi Mi Band 3

Xiaomi does not change much in the design and remains true to the basic concept. However, there are some small changes. First of all, it is noticeable that the new band has received a larger display. The OLED display now measures 0.78 inches and has a resolution of 128 x 80 pixels. However, it has not become a colour display, but at least a touch screen! The previous model had a display diagonal of only 0.42 inches and the screen was not touch-sensitive.

The new edition also consists of two parts: the actual fitness tracker and the band itself. This way you can charge the tracker, but also change the band easily. The tracker itself is a good piece above the rubber band and has bent glass (see below). It sits even tighter in the bracelet, but may be more susceptible to scratches and the like as it protrudes. Due to the new design and the dimensions the Mi Band 3 is of course a bit more eye-catching, but in my opinion still stylish. While the Mi Band 2 is only available in black, the colour palette of the successor is slightly larger. Besides black, the Xiaomi Mi Band 3 is also available in red and dark blue. 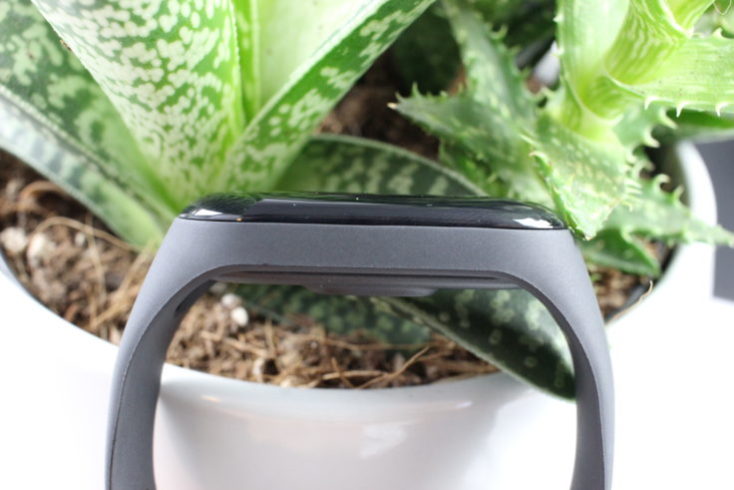 Even before the official presentation, information about the touch display had already become known and proved to be true. By brushing the display vertically, you can switch between the different functions. For example, there are notifications, the weather, the heart rate and the status (steps etc.). For weather forecast or notifications, horizontal swiping can take you to the next day or notification. However, the touch-sensitive button (on band 3 under the glass) is not removed. This always serves as a “Back” button and can perform some actions, such as starting and stopping the stopwatch or rejecting a call, by pressing it for a long time.

In addition to the slightly modified design, the tracker also has more functions than its predecessor. It is now possible to use a stopwatch directly on the band and to display the weather of the current and the next two days. Especially interesting for the Asian and Chinese markets is that there will be a second version of the band, which also supports NFC and thus cashless payment. It may also be possible to link Mi Band and smartphone via NFC, something Xiaomi has neither confirmed nor denied so far. 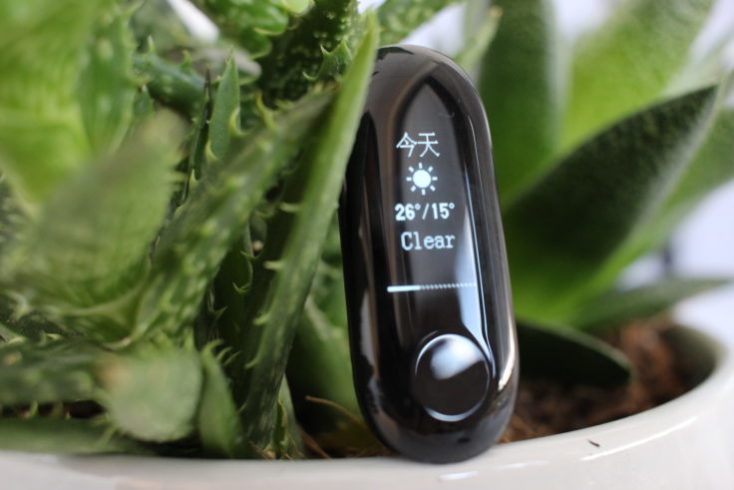 Water resistance has also been improved and the band is waterproof to 5 ATM, which corresponds to a depth of 50 metres. So you can finally wear the band without hesitation while swimming. Similar to the Amazfit Stratos, which also measures the swum course, which should be difficult or at least less precise with the Mi Band 3 due to the lack of GPS.

In addition to the new functions, the Xiaomi Mi Band 3 naturally also masters the familiar features of its predecessor. The heart rate monitor measures the wearer’s heart rate; it would be particularly desirable here that permanent tracking is also possible in the in-house app. It should now also work a bit more precisely, since Xiaomi has probably worked on positioning the tracker more firmly on the arm – essential for good tracking.

The pedometer shows the distance run per day in steps and converted into kilometers. It also recommends getting up if you have been sitting for a long time. You can also set yourself another day’s goal in steps and the Mi Band congratulates you then – a nice motivation. 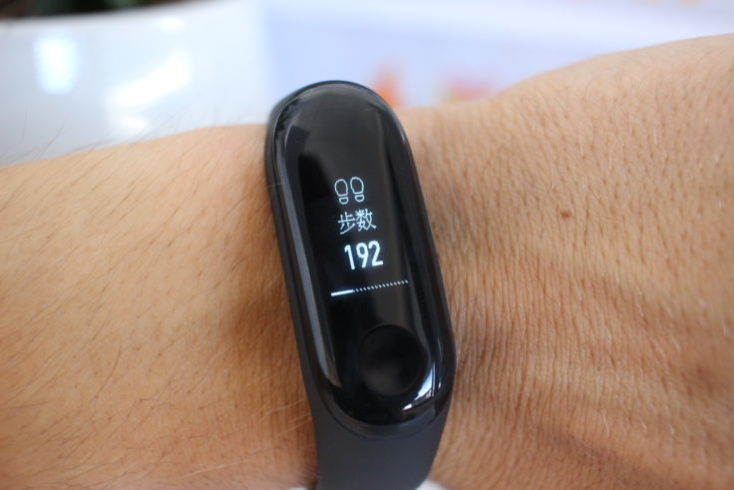 Even though these are the main features of a fitness tracker, it is the small details that have made the Mi Band 2 so ingenious. This includes, for example, the intelligent alarm clock that wakes you up during a light sleep phase (via the Notify & Fitness app) to make it easier to wake up. Also the possibility to unlock your smartphone via Android Smartlock with the Mi Band 2 is given again. Likewise, with the Mi Band 3 you won’t miss any more calls, because if you want, your wrist will vibrate.

An interesting point is the notification display. With Mi Band 2 this is relatively limited and only shows the app icon. Third-party apps like Notify had a little more leeway and offered up to 18 characters in the scrolling text. The larger display of Band 3 now allows a better display and displays up to 28 characters even without third-party applications. You can even scroll to the right and read the rest of the message. For me, besides the better display, this is one of the biggest improvements.

The Xiaomi Mi Band 2 has been the most popular fitness tracker in our community so far, mainly because of the battery life. The Mi Band 3 gets with 110 mAh again a somewhat stronger battery, which should provide at the end for a similar long running time (~20 days), since with more functions and the larger display also the consumption increases. GPS was not used here again, which would have further limited the runtime. With the Mi Band 2 one can get a running time of about two weeks, whereby the pulse is measured permanently (even while sleeping), notifications (e.g. WhatsApp) are received and the alarm is activated in the morning. The Mi Band 3 must now measure up to this. 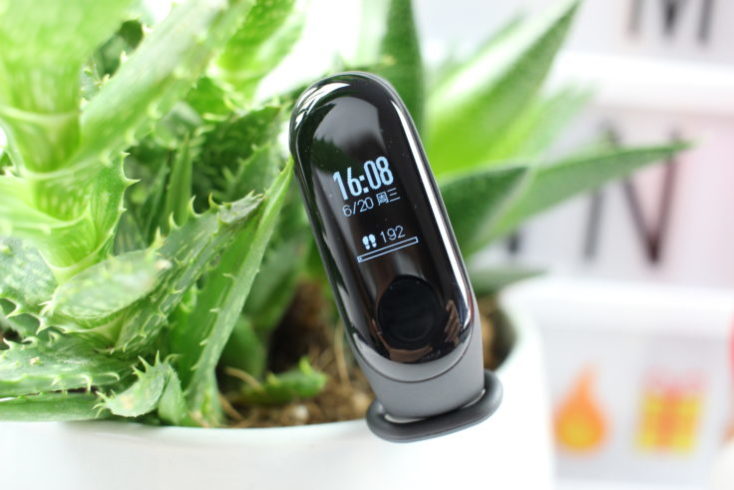 Xiaomi also uses Bluetooth 4.2 LE, the first versions of Mi Band 2 were still using Bluetooth 4.0. This should make the connection even more stable and, above all, faster. Charging works again with a charger similar to its predecessor. The Mi Band 2 can also be charged with the charger of the Mi Band 3, but unfortunately this does not work the other way round. I will test how fast the battery charges compared to its predecessor. 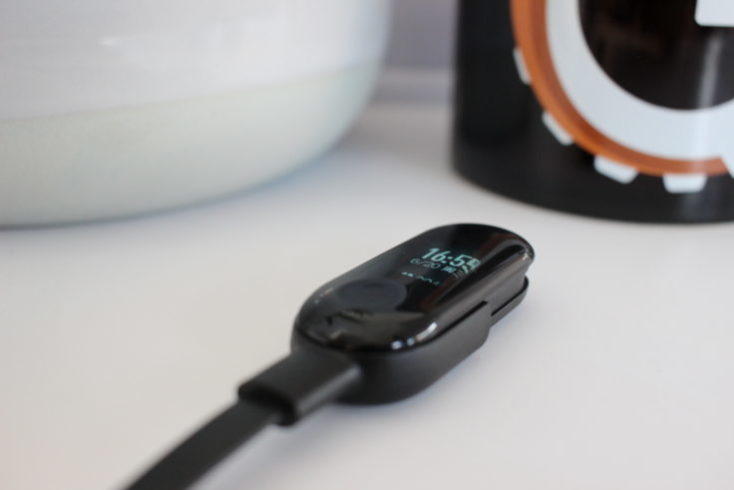 The Xiaomi Mi Band 3 was not only eagerly awaited by us. The Mi Band 3 is definitely an interesting fitness tracker, but at first glance it doesn’t bring much innovation. But if you look at the larger and brighter touchscreen display, you can see a clear improvement. Therefore the Mi Band 3 as well as the Mi Band 2 are very good fitness tracker, especially in view of the price. I don’t see the great leap from its predecessor in terms of functionality yet, but I will wear it for a few weeks now and then update this article accordingly. I am especially curious about the battery life.

Are you as excited as we are about the Mi Band 3?