0 Kommentare August 16, 2021by Alex
Hey, guys! Just a heads up: The linked offer is already a bit older and the price of the gadget might have changed or it might not be available anymore.

The Mi Band 5 global version is available from Gshopper for $8.99 with the gift code CDBA5693D3.

The Xiaomi Mi Band is perhaps the most popular Xiaomi gadget; its low price alone makes it the entry point to the Xiaomi universe for many. After the successful Mi Band 4, almost all information about the long-awaited successor is available. What’s new about the Xiaomi Mi band 5? 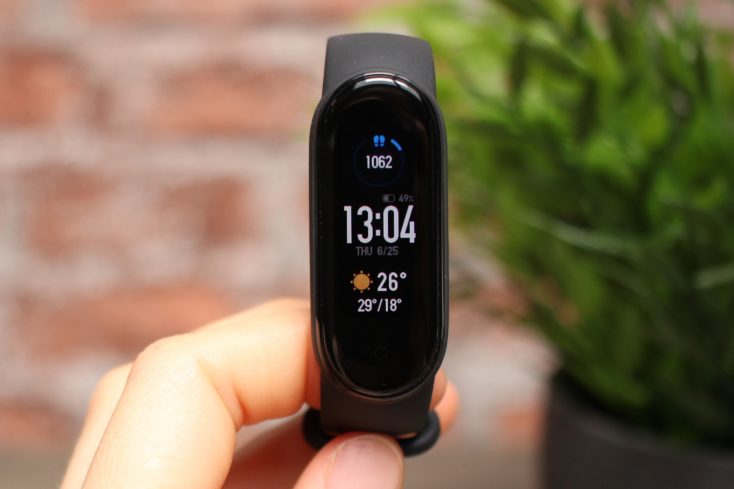 As you might expect, Mi Band 5 also looks a lot like Mi Band 4 with a slightly larger screen in real life. So we stick to the flatter glass, which we liked much better than the strongly rounded glass of the Mi Band 3. The display is about 20% larger than that of Mi Band 4. While the latter has a 0.95 inch display, Mi Band 5 has a 1.1 inch AMOLED display with a resolution of 294 x 126 pixels. 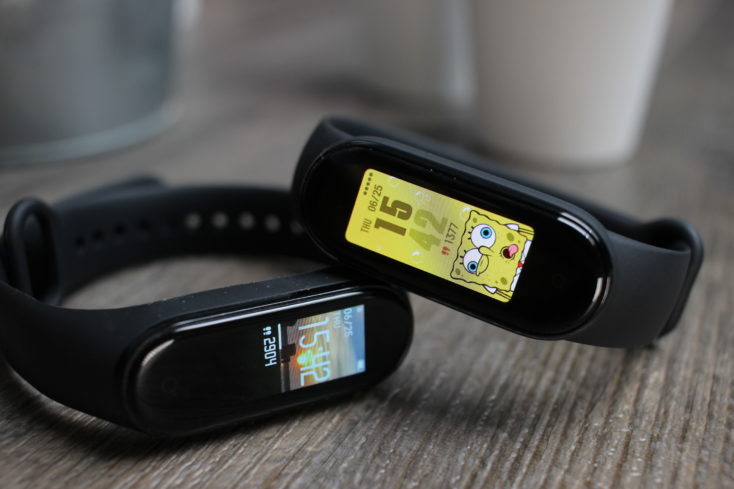 This magnification is also reflected in an overall larger tracker, but the change is only +0.05 x +0.25 x -0.15 mm (length x width x height). Thanks to this only minimal enlargement of the tracker, it also fits into the old bracelets for the Mi Band 4. Not optimal, but the tracker is at least with the original silicone bracelet of the Mi Band 4 nicely tight in the band. The compatibility might not be so good with old metal bracelets for Mi Band 4, because you can’t really stretch metal.

As you can see on the picture above, there is a cooperation with Spongebob SquarePants. In China there are also Watchfaces in cooperation with Detective Conan, Neon Genesis Evangelion and Hatsune Miku, but we don’t know if they will be available in the global version. But there are already six Spongebob Watchfaces, 53 more and five customizable Watchfaces in the Mi Fit App. Three Watchfaces are already pre-installed on the Mi Band 5, which allow customizable widgets. 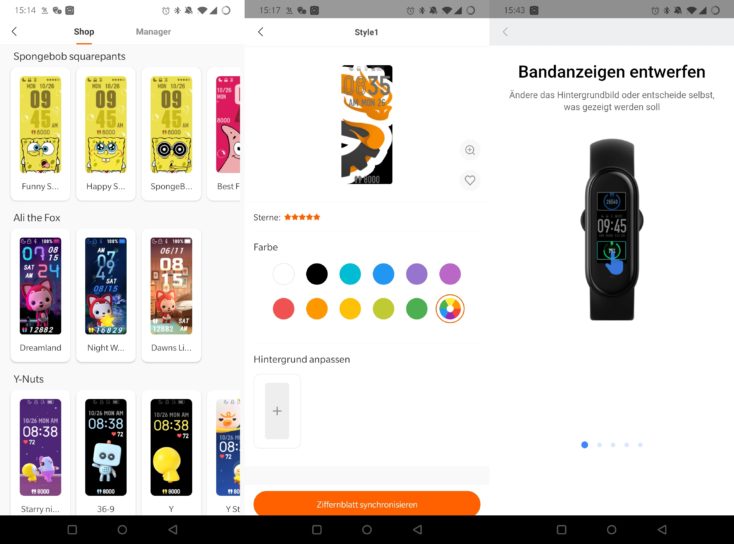 NFC is not integrated as standard this time either, instead there is an extra NFC version. This time they want to cooperate with UnionPay in China (from mid to end of August), which suggests a real and easier payment function. How and if a similar function will be implemented in the Global version is currently still unclear. The Mi Band 4 NFC can be used for payment in Russia by adding a Mastercard to the Mi Fit app. Such a cooperation would also be conceivable for Mi Band 5.

Another new feature is that you can now add widgets for the individual functions to the left and right of the home screen. In Mi Band 4, the music control was the maximum, while now you can place up to ten widgets of the individual functions there. The possible functions are: Notifications, weather, music, alarm, training, camera remote control, status, PAI, pulse, stress, breathing exercise, appointments, DND, stopwatch, timer, find mobile phone, mute, menstrual cycle, Alipay and world clock.

Since Mi Band 5 is still a fitness tracker despite all the other functions, there is also an upgrade in this area. Xiaomi is talking about a professional sensor upgrade, which should lead to improved sleep, stress, breathing, pulse and of course sports tracking. Particularly noteworthy here is the 40% improved sleep tracking, which can record sleep for 24 hours and also records REM phases. Furthermore, there is now also a menstrual cycle function. These two functions are already known from Honor Band 5, for example. 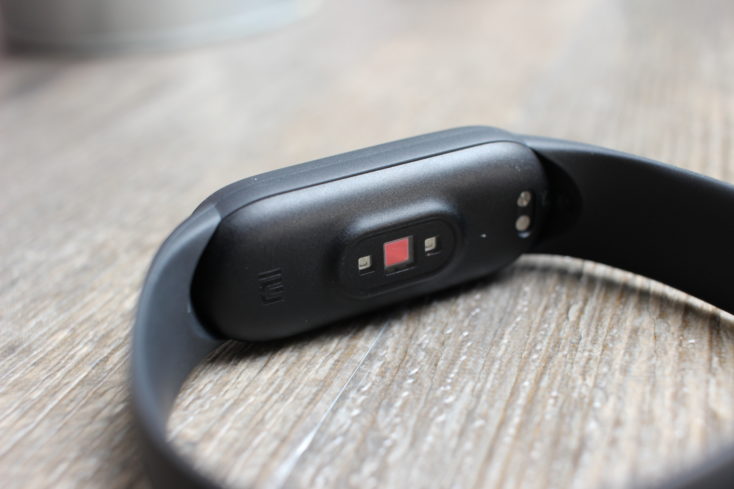 The NFC version also offers the possibility to measure the pulse with an infrared sensor, i.e. without the possibly disturbing green light at night, as known from Mi Band 4. The charging adapter has also been redesigned and now works with magnets and two gold contacts on the back of the tracker. So you don’t have to take the tracker out of the Band every time you want to charge it and it’s even easier to charge it in between. 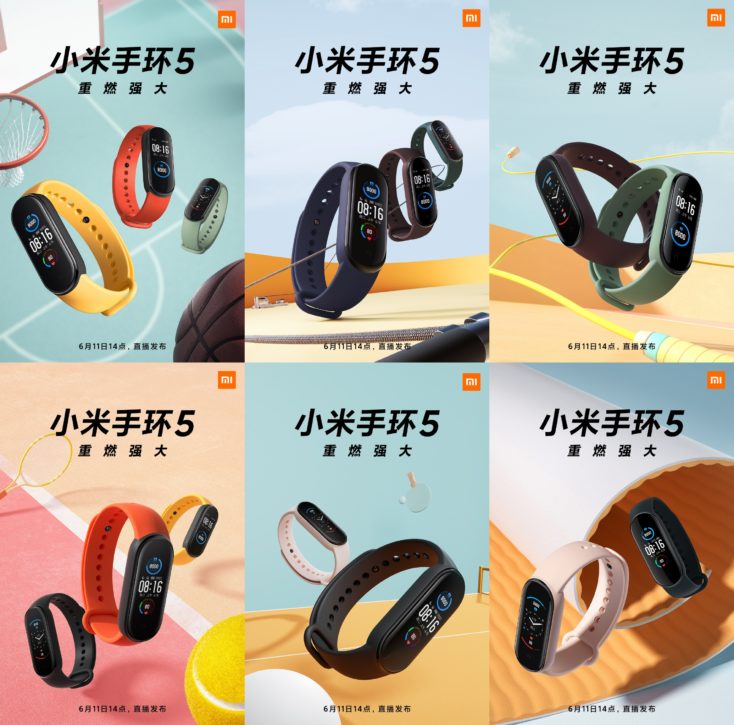 Another good thing is that the Mi Band 5 can be used as a camera remote control. This is a simple trigger (see screenshot below), but it also works with other Android phones that are not from Xiaomi. With Honor Band 5, for example, this function is only available with Huawei and Honor smartphones. Unfortunately, the battery seems to be a bit worse this time, as it shrinks from 135 mAh to 125 mAh, with an advertised runtime of up to 14 days.

Release of the Xiaomi Mi Band 5

We got the Mi Band 5 today (25.06.) and will extend this first impression to a review step by step. If you have questions about the China version of Mi Band 5, please write them in the comments.