2 Kommentare March 29, 2021by Thorben
Hey, guys! Just a heads up: The linked offer is already a bit older and the price of the gadget might have changed or it might not be available anymore.

The Mi Band from Xiaomi is the first contact with the company for many. No wonder, you cannot get a better smart band for the price. After the very good Xiaomi Mi Band 5, the successor, the Xiaomi Mi Band 6, was introduced during the mega launch event. This is even bigger, but also even better? 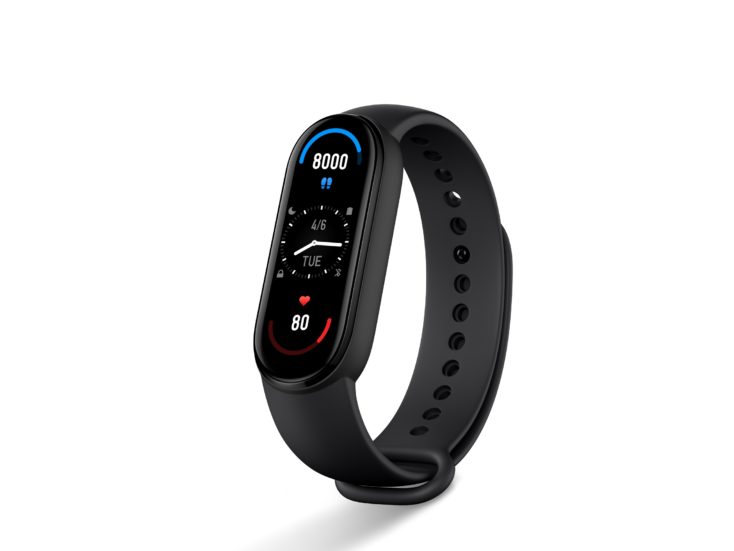 As the name suggests, the Mi Band 6 is once again a fitness tracker with a band look, which distinguishes it from the Mi Watch Lite, for example. The design remains true to the Xiaomi Mi Band 5, which was already based on the Mi Band 4. The display glass is slightly rounded, but not nearly as much as in the Mi Band 3. You can quickly see that the predecessor serves as a template in the dimensions. The new Mi Band 5 is only 0.2 mm longer, 0.1 mm wider and 0.3 mm thicker, so basically it is hardly distinguishable from the Mi Band 5. 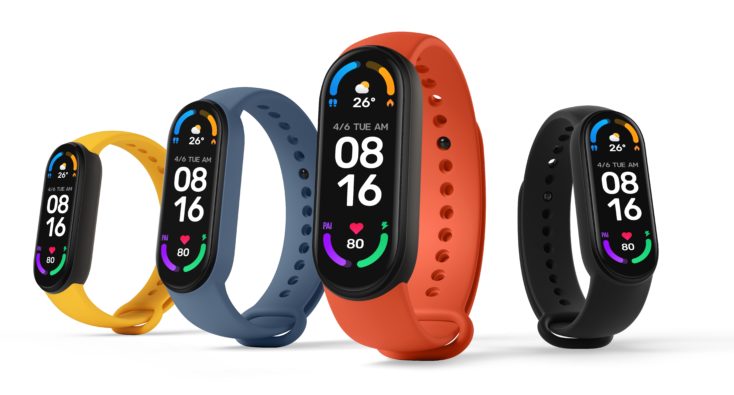 However, the most important difference is the display, which now grows from an already impressive 1.1 inches to 1.56″. It is again an AMOLED display with a resolution of 152 x 486 pixels, which now results in a pixel density of 326 ppi. That is an above-average value especially for the price range, which is otherwise found in the Xiaomi Mi Watch smartwatch, for example. The brightness of up to 450 nits ensures good readability in sunlight and the AMOLED panel provides a good contrast ratio. Xiaomi provides over 60 watchfaces, most of which can be set via the app.

The Xiaomi Mi Band 6 is fittingly available in six different wristband colors: Black, Orange, Yellow, Olive Green, Beige and Blue. Like its predecessors, it is protected against water according to the ATM 5 classification. Thus, it also allows showering and swimming with the Mi Band 6, but you should refrain from diving.

Range of functions of the Xiaomi Mi Band 6

Xiaomi has thus optimized the available space and can accommodate more display area. But have they also improved something in the feature set? Yes, we also see a significant increase in the number of sports modes. Instead of “only” eleven, there are now a whopping 30 sports modes, which now also include basketball or boxing. In addition, there is the automatic workout detection, which, however, only works for running, walking, treadmill, rowing, cycling or the cross trainer. 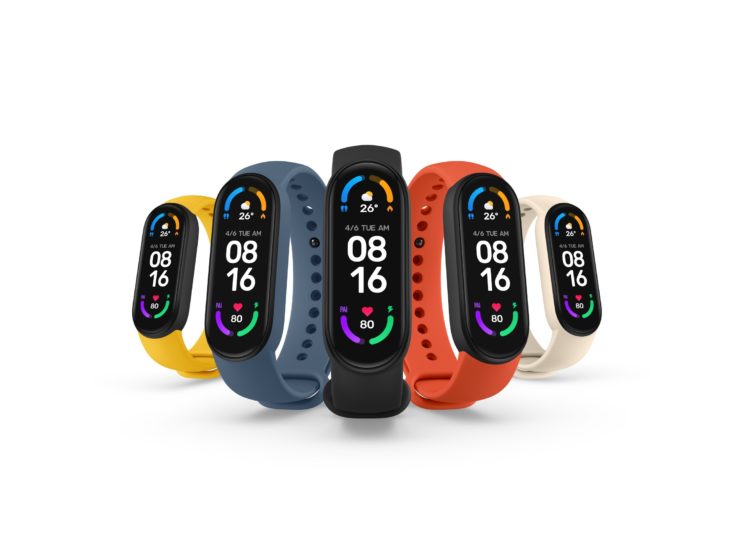 Besides these fitness and health functions, the Mi Band 6 also offers the ability to read notifications, remotely trigger the smartphone camera, watch functions such as alarm clock and timer, and music control. The battery of 125 mAh is just as large as in the predecessor. Despite the larger display, it should last up to 14 days. The same magnetic charging cable as in the 5 is used for charging, so you do not have to take the tracker out of the case. The Mi Wear app or the Mi Fit app can apparently be used as the app for the Mi Band 6, which can apparently now also be paired with Strava.

The most important advantage of the Xiaomi Mi Band 6 is the considerably larger display, which has been enlarged by 0.46″ diagonally. This improves reading notifications, but is also important for other functions and leaves more space for additional information. In addition, there are sports modes and Strava support, but we miss integrated GPS, which we almost firmly expected. Many would have been happy about NFC as well, but that will probably be reserved for a corresponding Chinese version. Nevertheless, it is once again the best fitness tracker in its price range, even though the comparison with the Honor Band 6 will be interesting.

What do you think of the new features of the Xiaomi Mi Band 6? Are they a reason for you to replace your Mi Band?