Like every year, a new offshoot of the Mi Band series awaits us in 2022. Now the Xiaomi Mi Band 7 has already been presented in China. The fitness tracker remains true to old strengths, enlarges the screen, but does without the feature we have all been waiting for. 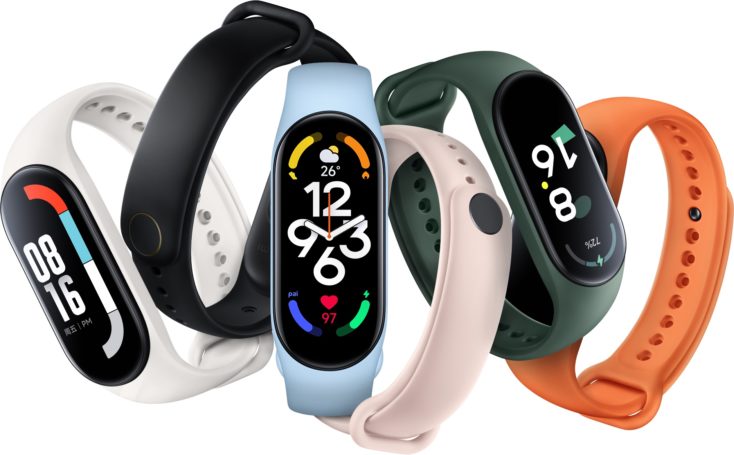 While the predecessor was officially still called “Mi Smart Band 6”, there is now talk of the “Xiaomi Smart Band 7”. As with the smartphones and many other products, Xiaomi is now dropping the “Mi” suffix. However, we will continue to call it the Mi Band 7, at least for the time being.

As in previous generations, the display has once again been enlarged. It is now a 1.62″ AMOLED screen, the predecessor offered a 1.56″ diagonal. It offers a resolution of 192 x 490 pixels. The pixel density thus lands at a total of 326 ppi – an average value. For comparison, the Mi Band 6 has a resolution of 152 x 486 pixels. Since an increased resolution has always gone hand in hand with a larger display in the Mi Band series so far, we get a slightly wider but hardly longer or higher display. The aspect ratio is 1:2.55, which can already be seen in the first watchfaces of the Mi Band 7. 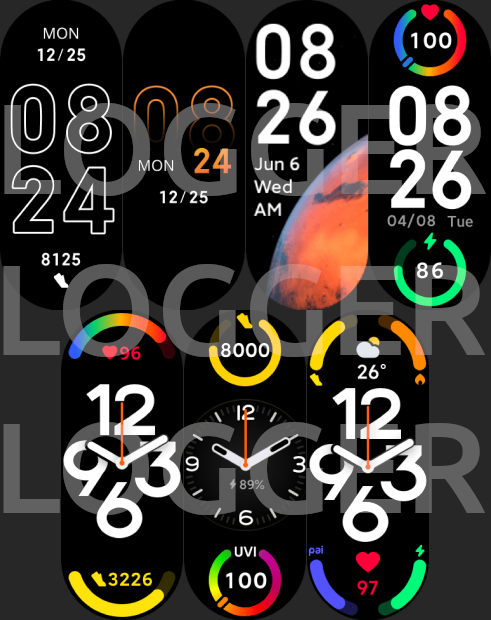 Xiaomi has adapted the UI and probably brings a new design language with it, which can also be seen in the first pictures. Over 100 watchfaces have been integrated, some of which can be customised. We already know this from the previous generation. Since AMOLED display technology has been chosen here, there is not only room for an always-on screen in theory, but also in practice. This means that the Watchface still contains a reduced version that is active in standby and displays the time on a few pixels. Thanks to the AMOLED technology, each pixel is exposed individually, as is known from most smartphones. The Mars Super Wallpaper known from Xiaomi smartphones is now also included. It changes when you interact with the screen. 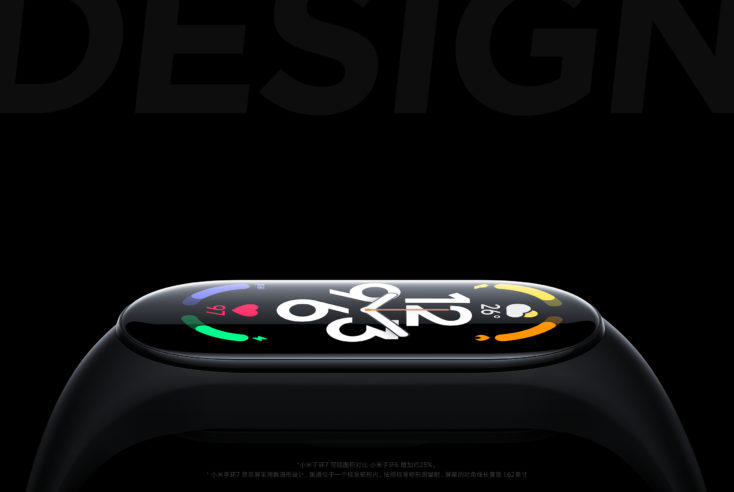 Xiaomi is again using the plastic wristband for the Xiaomi Mi Band 7, which was also used in the previous generations. It is made of TPU and is supposed to be “antibacterial”. At launch, there are six colours available in China: Grey, black, blue, pink, green and orange. There are also special versions in camouflage and fluorescent neon colours. Weighing 13.5g, the Xiaomi Mi Band 7 is protected against water according to the ATM classification, so swimming and showering are no problem.

The supported emojis don’t really seem to have changed compared to the Mi Band 6, so 303 emojis are probably displayed directly on the band. Here is the overview of the Mi Band 6:

More has been done with the notifications, so that 126 app icons can now be found in the app data. Strangely, WhatsApp is still missing here. Since there was already a corresponding icon on the Mi Band 6, I strongly assume that it will also be present on the Mi Band 7.

Functionality of the Mi Band 7

In contrast to most smartwatches, the range of functions of such a fitness tracker is somewhat more limited. A heart rate monitor is implemented on the underside, which also includes an SpO2 sensor for measuring blood oxygen saturation. This measurement is now also possible permanently, which is particularly useful for sleep tracking. Due to the permanent measurement, the Smart Band 7 can also warn the wearer with a vibration. The Mi Band 7 can also determine the VO2 Max value, i.e. the oxygen intake per minute.

A proud 120 sport modes are now part of the fitness functions on the affordable fitness tracker. Values such as calorie consumption, time, distance and steps are measured. This number quadruples the possible modes of the predecessor. In the swimming modes alone, for example, there is also automatic recognition of the swimming style. In addition, a movement analysis is integrated that can help with fat burning and/or muscle building. For runners, however, it is a pity that GPS is not built in. Many would have liked to have this feature to determine their position, as it helps with much more precise tracking, especially during running sessions. As you know from the Apple Watch, you can challenge friends digitally to top sporting performances via the Mi Wear app.

In addition to these sports features, there are also numerous lifestyle functions. These include notification functions, weather forecast, calendar, camera shutter release, alarm clock and so on. The Xiaomi Mi Band 7 NFC version also has NFC built in, as the name suggests. In China, you can also use it to pay via AliPay. The Mi Band 6 NFC was already released globally, but not in Europe. Contactless payment was only possible via detours and the Curved credit card. Since the Xiaomi Watch S1 supports payment via Mastercard, we are also hoping for a European Xiaomi Band 7 NFC. So far, the Mi Band 7 can only be used in Chinese.

How long does the battery of the Xiaomi Band 7 last?

The first Xiaomi Mi Bands were known for their particularly strong battery life. The last generations could not quite follow in their footsteps due to the larger range of functions. The Xiaomi Mi Band 7 apparently doesn’t either. Although the capacity is increased from 125 mAh (Mi Band6 ) to 180 mAh, the battery life is stated to be 14 days, just like its predecessor. With heavy use, the fitness tracker will probably only last 9 days. Charging is again via the magnetic charging cable.

So far, the Xiaomi Mi Band 7 has only been introduced in China. It is not yet known when a global release will follow. The Mi Band 6 was unveiled in China last year on 29 March, was available from 2 April and then came to Europe on 30 April. A presentation in 3 to 7 weeks would therefore be quite conceivable. The Xiaomi Mi Band 7 seems to be only a small step forward. It seems to be even smarter in terms of health tracking, but we would all have liked to have GPS. Have we reached the limit of what is possible with such a fitness tracker?