3 Kommentare February 26, 2019by Thorben
Hey, guys! Just a heads up: The linked offer is already a bit older and the price of the gadget might have changed or it might not be available anymore.

Yesterday Xiaomi presented the brand new Xiaomi Mi Mix 3 5G at the launch event of MWC 2019. It is equipped with a 5G modem and the Snapdragon 855. The Global version of the Xiaomi Mi 9 has also been officially launched.
By the way, they also introduced a Mi Smart LED Bulb and a lamp in cooperation with Phillips. 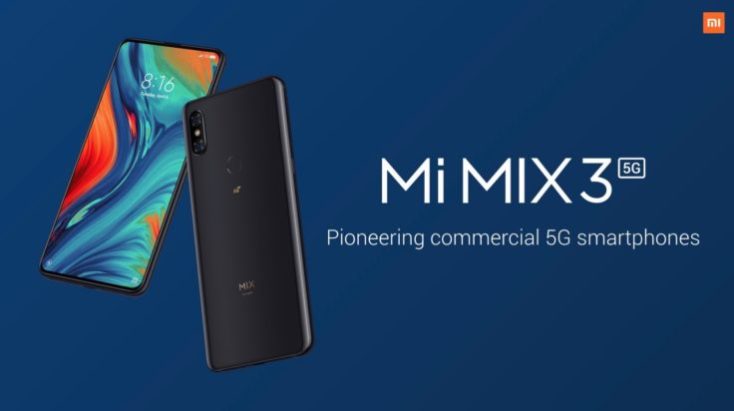 The design hasn’t changed much, after all it’s basically still the Xiaomi Mi Mix 3, which means that the Mi Mix 3 5G is also a slider smartphone equipped with a 6.39 inch AMOLED display. The Full HD+ resolution extends on the screen with an aspect ratio of 19.5:9.

The ceramic case is equipped with a slider mechanism that works with magnets. In our review for the Mi Mix 3 this worked really well in practice, even though the slider in the competitor model Honor Magic 2 was a bit better overall. Nevertheless, the high screen-to-body ratio is impressive. The choice of colours is limited to the Sapphire Blue and Midnight Black. 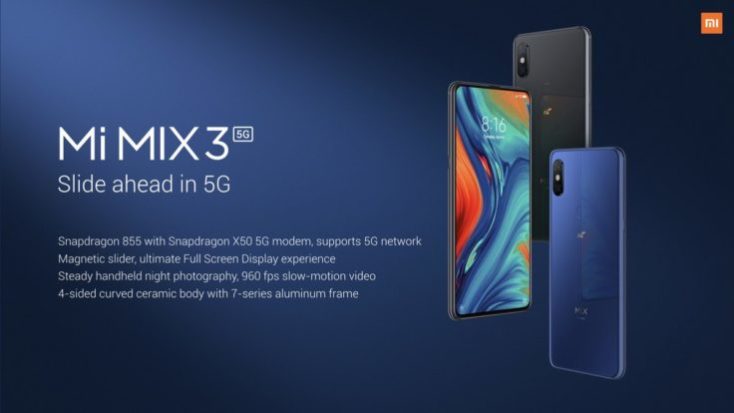 The big difference lies in the hardware. The new version is equipped with the brand new Snapdragon 855 processor, which is also included in the new Xiaomi Mi 9. This CPU replaces the Snapdragon 845 from its predecessor. In addition there is at least 6 GB RAM and 128 GB internal memory. 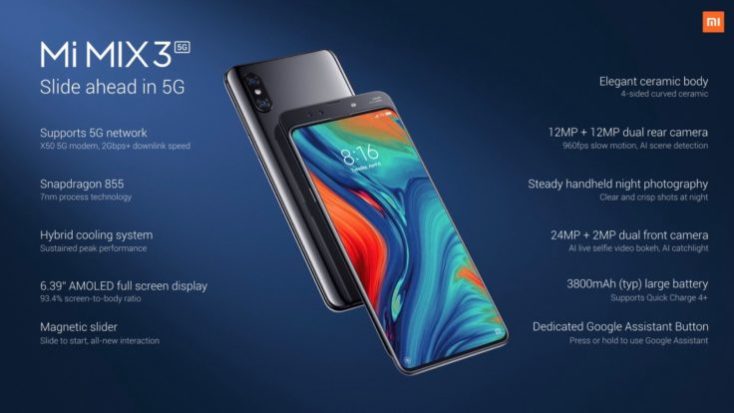 But the big change, as the name suggests, is the support of 5G. 5G is supposed to replace the 4G standard for mobile data transmission. This was originally expected from its predecessor, but Xiaomi still needed some time. Xiaomi uses a X50 5G modem, which is supposed to download a 256 MB Full HD video with 15 min. length in one second! 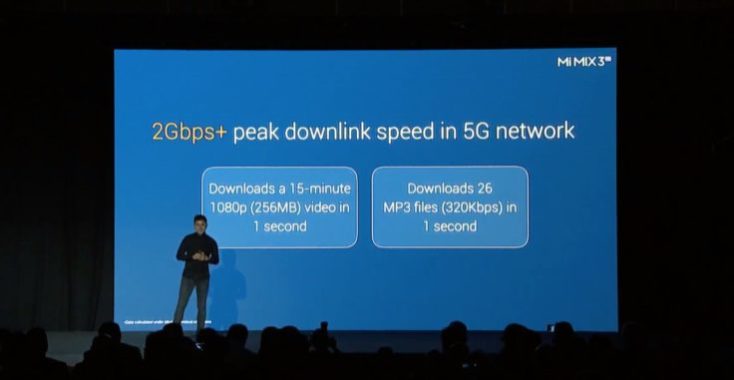 To this end, Xiaomi cooperates with various providers such as Orange and Vodafone. Since the 5G standard is still new and consumes relatively much battery power, Xiaomi has significantly increased the capacity of the Mi Mix 3 5G. Instead of 3,200 mAh as in the predecessor, you get a proud 3,800 mAh battery capacity in the new version!

But the manufacturer hasn’t changed anything about the camera modules. On the back a dual camera consisting of two 12 megapixel sensors is used, on the front a dual camera with 24 MP and 2 megapixel. You can also have a look at test photos of this camera in our review of the Mi Mix 3.

The differences are minimal, but crucial. There is nothing wrong with the appearance, but hopefully the workmanship is a bit better. However, the technical leap forward is decisive. With the new Snapdragon 855 and 5G support, Xiaomi brings the future wireless standard into the present. This matches our impression of the Mi Mix 3: it is a smartphone for the future, as it supports many not yet established standards like NFC, Dual GPS and Quick Charge 4+.

What do you think of the Xiaomi Mi Mix 3 5G? Would the new Internet standard be worth the upgrade to you?