Xiaomi Mi Pad 5: New Xiaomi tablet as early as May?

0 Kommentare April 14, 2021by Thorben
Hey, guys! Just a heads up: The linked offer is already a bit older and the price of the gadget might have changed or it might not be available anymore.

Ever since Xiaomi CEO Lei Jun announced at the beginning of the year that a new Xiaomi tablet would be released this year, the rumor mill has been bubbling. Now it seems that the Xiaomi Mi Pad 5 will be released in two or three versions this year. 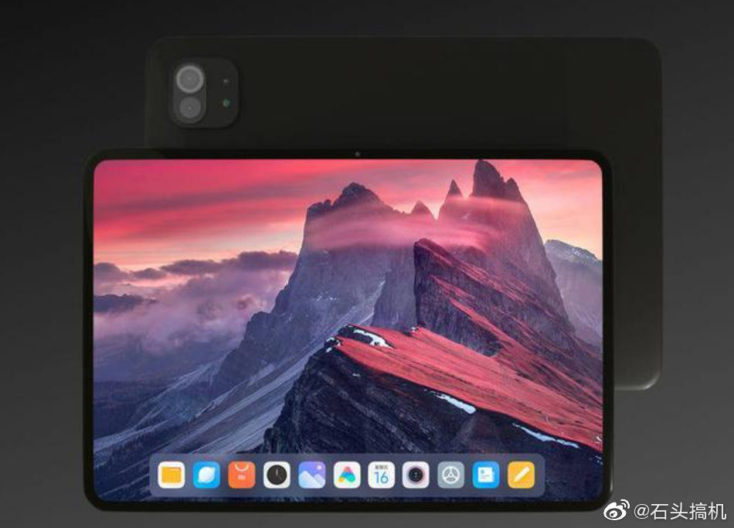 Besides this official announcement, there is no official information yet, though there are very official looking images. Rumors about a new Mi Pad 5 were already big a while ago, but the Redmi Pad tablet was also making the rounds. However, the info regarding this was somewhat contradictory and even now there is slightly different information.

It seems relatively certain that the Xiaomi Mi Pad 5 will appear on the market in several versions. There is talk of a Mi Pad 5, Mi Pad 5 Plus and Mi Pad 5 Pro, although we assume that the Mi Pad 5 and Plus version will be identical. The last Xiaomi Mi Pad 4 still had a Plus variant, but since the smartphone and tablet market have changed so much in the meantime, we don’t assume an 8″ device.

In addition, there are already first photos of the Xiaomi Mi Pad 5, which look surprisingly real and point to a presentation on May 15. The design of the tablet looks very modern due to the rounded corners and thin screen edges. A dock similar to the iPad OS can be seen at the bottom. One could bet on a similar desktop mode as in the Mi Mix Fold. In addition, the camera module on the back also strongly reminds us of the current Xiaomi models like the Xiaomi Mi 11.

According to the Xiaomi graphic, including a new Xiaomi logo, there seems to be three models, as three processors are hinted at. The Pro model could appear with Snapdragon 888, one with Snapdragon 870 and one with Snapdragon 768G. The common feature of all chips is 5G, which the Mi Pad 5 thus apparently supports. Other sources claim that one model with the SD860 and one with the SD 780G will be presented. We cannot imagine that, since the actually stronger SD860 chip does not have a 5G modem on board and Xiaomi would have to attach it additionally. 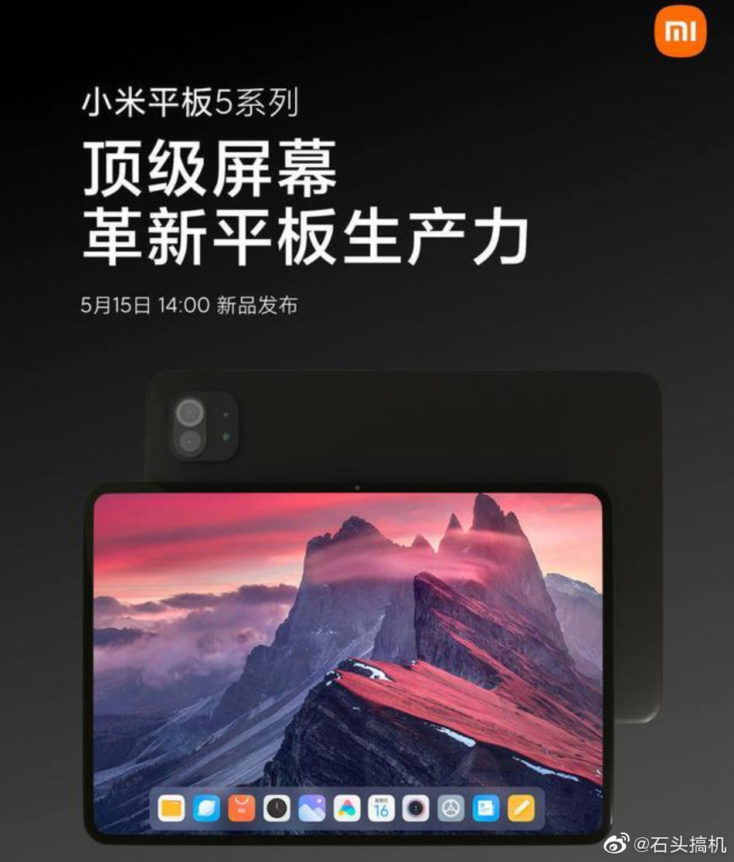 On the poster of the Xiaomi Mi Pad 5, a camera can also be seen, which apparently houses four sensors. These are said to be a 48-megapixel main camera, an ultra-wide-angle, a macro camera and a portrait sensor. The other model(s), on the other hand, are said to only be equipped with a 12 MP main camera.

There is no information about the battery and other features yet. However, we expect relatively fast charging, a good stereo or even quad-speaker setup, USB-C and large battery. In addition, there are still rumors about a Xiaomi stylus, which could serve as an accessory for the Xiaomi Mi Pad 5.

You will certainly also notice that the information is still a bit thin and partly contradictory. However, the leaked posters look real in our eyes, which is why we want to report on them. There is hardly any other Xiaomi gadget that is asked about as much as a new tablet. After all, the Xiaomi Mi Pad 4 has already been around for three years. Hopefully, we will only have to wait until May 15.

Until then, you can think about: What do you want from a new Xiaomi tablet?