11 Kommentare July 25, 2021by Tim
Hey, guys! Just a heads up: The linked offer is already a bit older and the price of the gadget might have changed or it might not be available anymore.

For everybody who is just as confused as we are about the different kind of models: here is an overview of all the Xiaomi Smart Scale models.

The Xiaomi Mi Smart Scale 2 is one of the most popular products from the Xiaomi fitness line. Since we are in times of the internet of things, the gadgets are of course networked with each other with the well-known MiFit app and so you can immediately save and archive the results of your fitness program. We have tested how well the scale works. 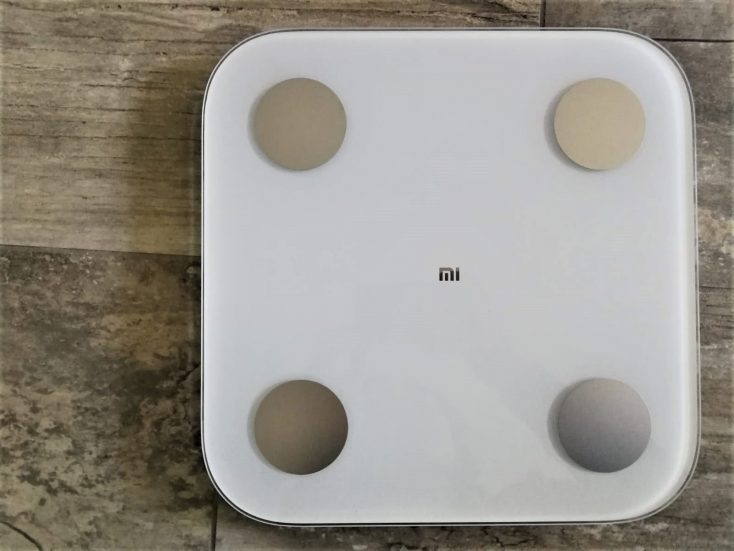 The Mi Scale was completely renewed on 23 April 2019 and is an almost new model. Compared to its “predecessor” the material has been changed and updated to Bluetooth 5.0. Otherwise it is the “Mi Scale”, which you already know for some time.

The packaging is rather functional and simple, but usually their product packaging offers a litte bit more elegance. So it’s rather not suitable as a gift. Giving away a scale is probably seen as an insult by most people anyway, so be careful here. 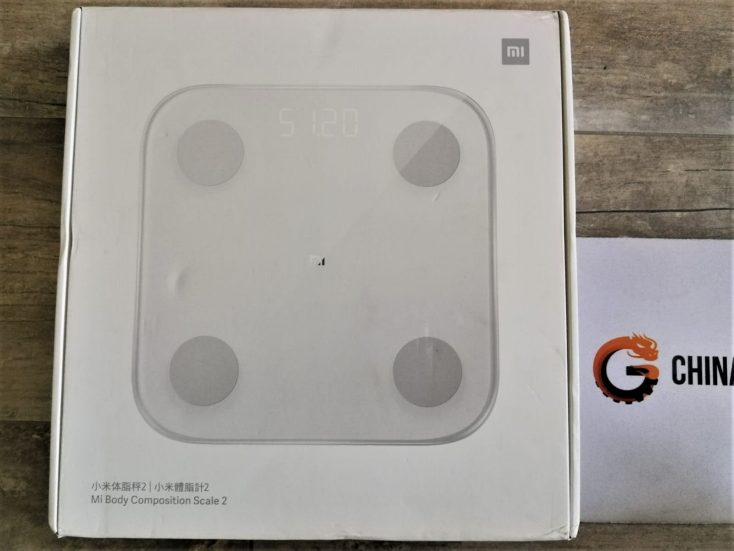 Besides the scale in the box you will find:

From my point of view there is an absolute advantage compared to other scales: The Mi Scale does not need button cells for operation, but four (sometimes already included) AAA batteries (no rechargable batteries). One never felt the right button cell at home, but always AAA batteries. Thus, from my point of view, an advantage, also because the latter can be bought everywhere. As soon as the batteries need to be replaced, the “L” symbol appears on the balance. After the battery has been replaced, the balance restarts automatically.

A disadvantage: The manual is only in Chinese, so you have to use the QR-code to find the app you need. However, this is an acceptable shortcoming for a scale.

The measured values of the Xiaomi Mi Scale

In order to counteract the yo-yo effect, we sometimes need some kind of self-control and bookkeeping so that we can adapt our results to our goals and do not fall into old patterns of behaviour. This is where the Xiaomi Mi Scale comes in. The smart scales from Xiaomi record the following body measurements (at least in theory): 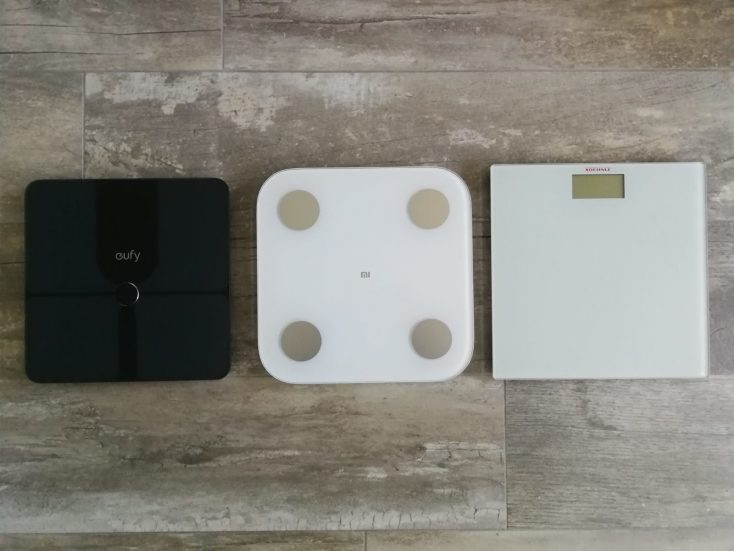 Our regular readers will notice the Xiaomi Mi Scale 2.0 records a similar number of readings as the eufy P1 from Anker. What the Mi Scale lacks here in measured values (which is not much), it makes up for with its range of functions. Xiaomi offers a lot of functions, features and modes with the app connection. More about that later.

The Mi Scale is quite compact at 30.0 x 12.5 x 2.5 cm, but weighs around 2 kg itself. The material is plastic, but the upper side is provided with hardened glass, on which our weight is reflected by 160 LEDs. On the upper side there is a 1.12 inch LED display, as known from other scales. For the fact that most scales are not visible on the floor, I find the Mi Scale optically very appealing, even if I like the eufy P1 a bit better. The usual good Xiaomi quality is also given in terms of workmanship. Nothing jolts, the scale doesn’t take off when placed on top. But you still have to be careful with the scale, the surface is somewhat prone to scratches.

I have once placed myself on both the Mi Scale and the eufy Smart Scale P1 to compare the values. I compare the normal weight determination with my old “not smart” scale from Soehnle. Something becomes clear that you should see later in the app: Both the Xiaomi and the eufy scales come to very similar to the same results. 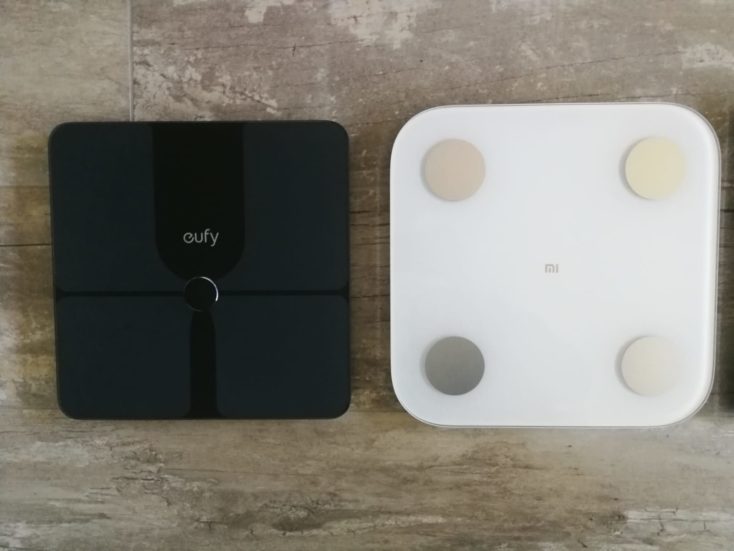 The Soehnle scale, on the other hand, always puts 0.4 kg more on the scale. 400 grams don’t move me so much personally that the difference would play an important role for me. For comparison, I also used the personal scale in the gym, which was more based on the results of the two smart scales. 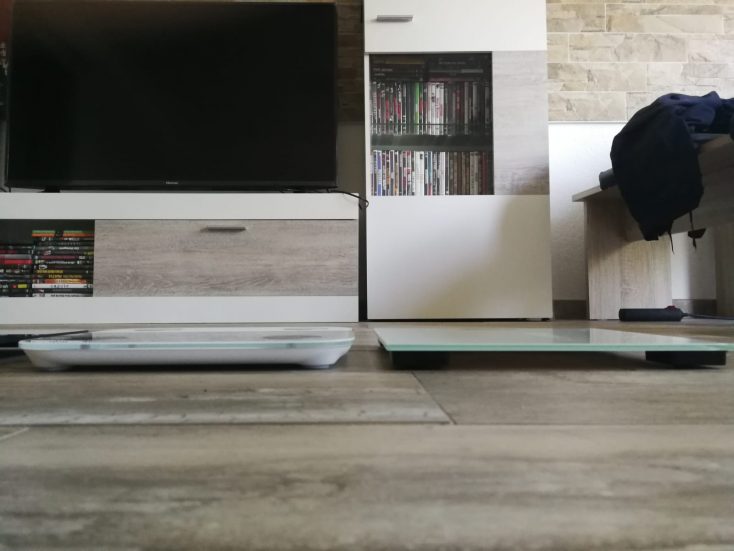 Everyone knows how a scale works: be in the bathroom, stand on it and be happy about the result – or start crying. Smart scales, however, offer even more possibilities to monitor your body balance over a longer period of time thanks to the app supplied.

After downloading the MiFit App (Android, iOS) and a quick registration via spam/disposable email address (as long as you don’t forget your password, you don’t need access to your email account), you still have to enter your personal settings for current weight, desired weight, age, gender, etc. This makes sense if you want to evaluate health conditions and the like over a longer period of time. 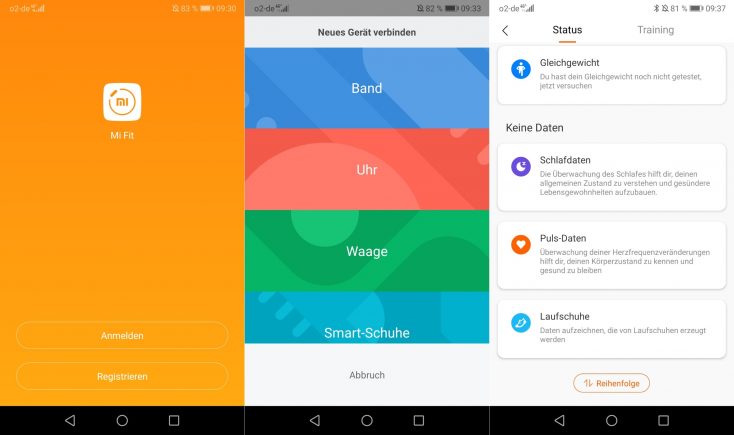 Connecting the balance to the MiFit App takes only a few moments and should not put even the less technically experienced to the test. The app communicates with the scale via Bluetooth 5.0 and establishes the connection between the two. In the app, the (switched on!) balance is found and connected within seconds.

Disadvantageous is of course, as always nowadays, that you have to grant the app all imaginable authorizations. Location, photos, media, data protection regulations – the full program. Doesn’t really make sense from my point of view, but unfortunately it does these days. 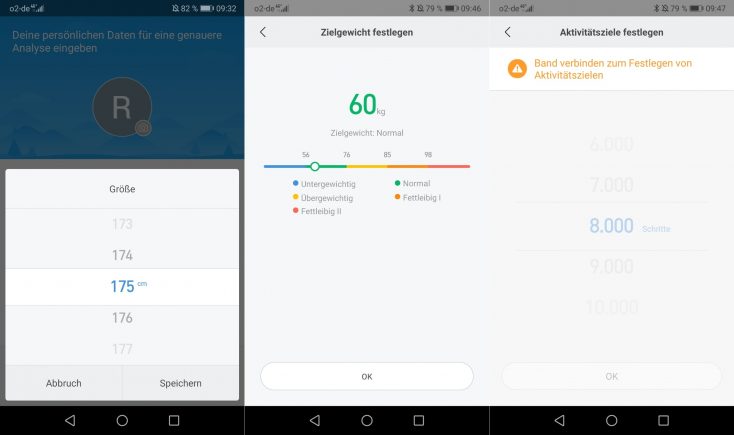 The option “Weigh smaller object” (see screenshot above) I would definitely set in the settings, because you can also weigh packages or similar. The smart scale will know once you touch it and it will be activated.

Functions of the Mi Fit app

What the Mi Scale has in advance of many competitors is the large Xiaomi ecosystem, which allows many devices to be connected to each other. Owners of a Mi band can monitor their bodies even more extensively. The design and interface of the app is very nice, but not always everything is clear, but chic. The app saves the data automatically and calculates, because you have entered your body size etc., your BMI and other measured values in the app – even over weeks and months.

Even if the measurement results in most cases agree with those of the eufy P1, the estimates of the values are different. So I came to a biological age of 21 for the P1 and 26 years for the Mi Scale. As orientation values such scales are extremely practical, but one should not take everything for full. The possibility of obtaining firmware updates from the manufacturer is interesting. This allows new functions to be added and improvements to be made. Xiaomi’s update policy was more than praiseworthy in the past.

Should I buy the Mi Fit Scale 2?

The Mi Scale is a really smart and good personal scale – but you have to ask yourself if you need all these values. In combination with a Mi Band you have another possibility to track your fitness. Personally, I find the eufy P1 visually more appealing than the Xiaomi scale.

On the other hand, I like the Mi Scale’s functions a lot better, both personal scales don’t give much thought to the accuracy of the measured data. The eufy app is a bit more clearly arranged, there are also more statistics. So if you don’t own any other Xiaomi fitness gadgets, you should rather use the eufy scale, but otherwise you are also very well positioned with the Mi Scale 2.

In terms of price, both scales are in the middle of the field. What do you think of smart personal scales?