0 Kommentare December 16, 2020by Thorben
Hey, guys! Just a heads up: The linked offer is already a bit older and the price of the gadget might have changed or it might not be available anymore.

There have been rumors for a couple of months that Xiaomi’s Mi Smart Speaker will also be released in our country, and now it’s surprisingly listed in some online stores, although it’s not on Xiaomi’s official site. It is available from AliExpress for $66.99. The global version is white instead of black.

Similar to the Xiaomi Mi TV Stick, Xiaomi once again wants to launch a rival model for a popular product from an established manufacturer. Apparently, the Xiaomi Mi Smart Speaker is about to be launched in Europe and is supposed to undercut the Google Nest products in price. 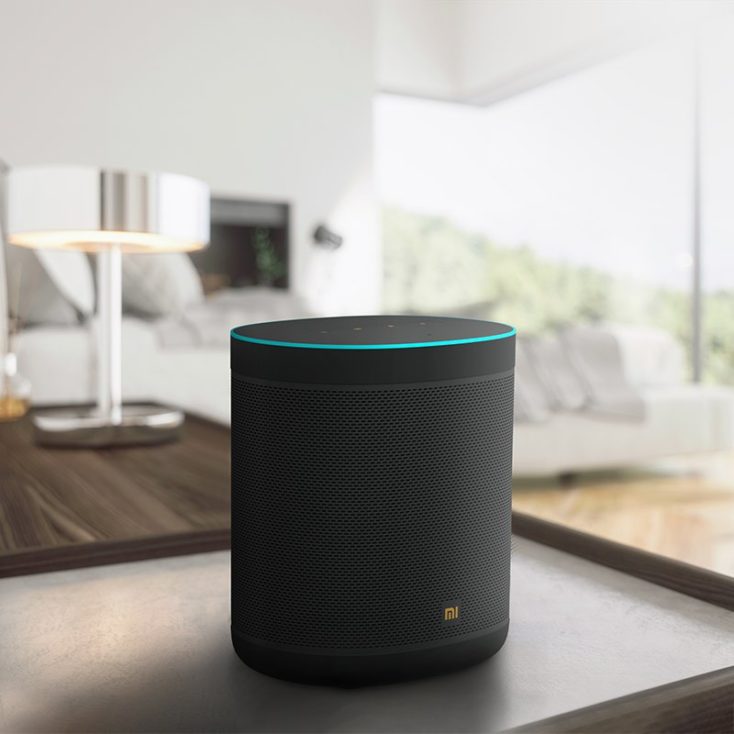 As is often the case in Europe, we are lagging behind a little bit, the Xiaomi Mi Smart Speaker was released in India some time ago. The manufacturer relies on an oval top and a cylindrical shape, with an LED strip on the top. On the top side there are a total of four function keys and the microphones. Even though it doesn’t look like that on the photos, the Mi Smart Speaker is only 15.1 cm high and weighs 853 g. In India it is available in black, for us there could also/only be a white version.

The gadget does justice to the word “speaker” by a 12W loudspeaker with 63.5 mm driver from Texas Instruments, which is aligned frontally. At least the Indian version also supports DTS sound, so the sound should be more precise and powerful. The Xiaomi Mi Smart Speaker also supports stereo pairing, so you can connect two speakers together. 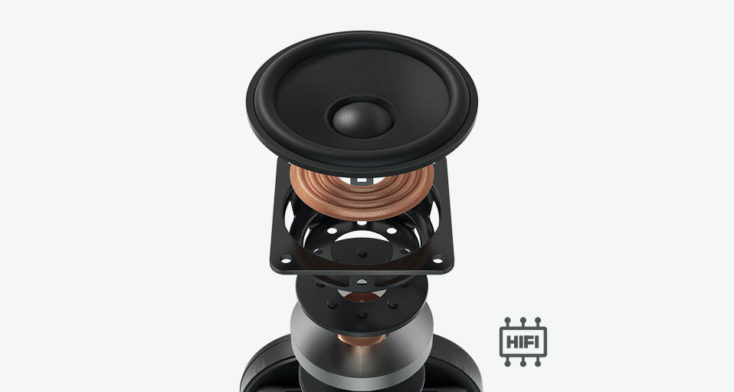 But what makes the speaker smart? It is equipped with the Google Assistant, which is also used in the Indian version. Just like on your smartphone, you can use it to set reminders, play your playlists or have your daily update played, the functions should be familiar to you. Xiaomi uses two microphones, which should work well even at a distance. The microphones should also be able to be switched off.

For this purpose, the Xiaomi Mi Smart Speaker is equipped with the AMLogic A113X quad-core processor and 512 MB RAM. To connect to the home network, it integrates dual-band WiFi, but also comes with the latest Bluetooth technology.

As was to be expected, Xiaomi seems to manage to undercut the competition once again. The Xiaomi Mi Smart Speaker is said to start soon for 59,95€ ($70.85), which is about 40€ ($50) cheaper than the Google Nest Audio. Of course, besides the smart features, the sound quality is also important, which we can only evaluate after a test. But as an intelligent speech assistant for your own Mi Home products, the Xiaomi Mi Smart Speaker could be very interesting.

Do you already use such a Smart Speaker at home and if so, which one?