3 Kommentare September 1, 2020by Timm
Hey, guys! Just a heads up: The linked offer is already a bit older and the price of the gadget might have changed or it might not be available anymore.

Now that almost all manufacturers offer wireless headphones, there is a clear trend: ANC headphones. Usually, Xiaomi is also very quick to join in, but this time they took a little more time after their first try with the Xiaomi Mi Air (Xiaomi Airdots Pro). Are two models even coming straight away? 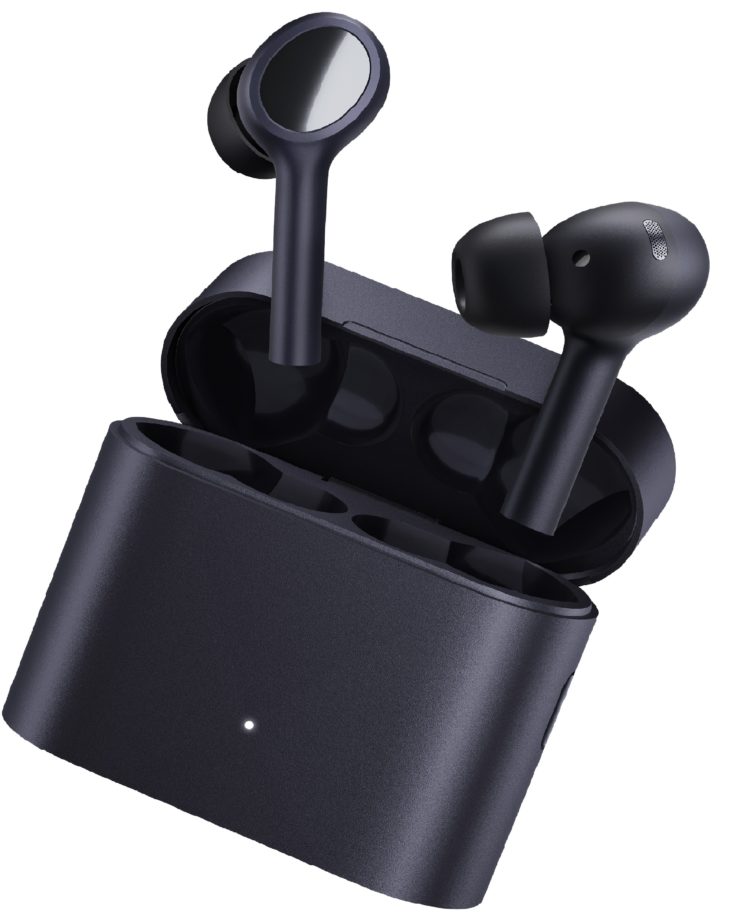 Actually, we don’t know that much about the Mi True Wireless Earphones 2 Pro yet, but some important information has already been leaked. If we go by the name, we will probably first see the release of the headphones in China under the name Xiaomi Mi Air 2 Pro, because the Mi TWS Earphones 2 are called Mi Air 2 there.

Since we already have a picture, we also know that this time the headphones have a black color option or come in black only. Up to now they have only released white headphones and of course they always had a similarity to the Apple AirPods.

But most important is of course the keyword ANC. After the predecessor Air 2 was stripped of the ANC, it is probably back in the game now. The Chinese manufacturers have not yet come up with a clear winner for the best ANC and maybe Xiaomi used her ANC break to improve her own system. An innovation that came with the Xiaomi Air 2s will also be back, according to a well-known Chinese leaker, because wireless Qi charging will be supported by the headphones.

On the picture you can also see a sensor. Probably it is an infrared sensor, with which a wearer recognition is implemented. Also we don’t see a physical button on the back of the headphones, so the control is probably realized by a touch field.

Unfortunately there is not much more information about the headphones, but there is another model which is supposed to come with ANC.

Unfortunately we don’t have a picture of the Mi Active Noise Cancelling Wireless Earphones yet, but the entry in the Launch Studio of the Bluetooth Special Interest Group tells us some specifications. At first sight we see that the earphones support Bluetooth 5 and besides the standard SBC Bluetooth codec there is also AAC available. So iPhone users will have a better audio experience. If aptX or similar is supported, we don’t know yet. But what we do know is that the headphones are IPX4 certified and thus protected against splash water.

Somewhat more inconspicuous is the information which allows us to deduce the type of construction. Due to the model number LYXQEJ05WM, it is most likely a Neckband Bluetooth headset, because if you look at previous products, Xiaomi uses exactly this designation for their Neckband headphones.

Two ANC headphones are definitely on the road and there will soon be more available from Xiaomi. Do you already use ANC headphones?