2 Kommentare July 1, 2021by Jens
Hey, guys! Just a heads up: The linked offer is already a bit older and the price of the gadget might have changed or it might not be available anymore.

The Xiaomi Mi TV 6 Extreme Edition, which has now been launched in China, comes in different sizes and actually has a camera. 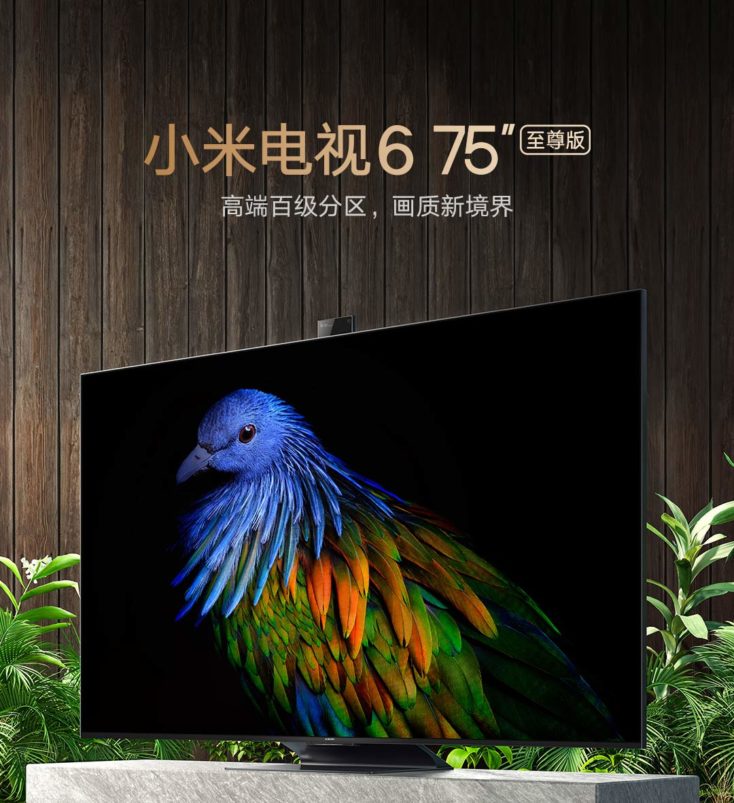 Xiaomi TVs are becoming more and more commonplace these days. A few years ago it was different, and every new model was a small sensation. In China, Xiaomi is now the best-selling brand for TVs and is also pushing more and more into other markets. However, China is still the first target and the Mi TV 6 will only be released there for the time being.

Xiaomi TVs that are already available in Germany include the Mi TV P1, which was tested on China-Gadgets.de, and the Mi TV Q1. However, Xiaomi also has quite unusual models, such as the completely transparent Mi TV Lux, which is not available for purchase here, though.

The TV comes in 55, 65 or 75 inches. Multiple sizes are, after all, quite common and allow you to choose the size that suits your home. There is a 4K QLED display with a frame rate of 120 Hz. One of the highlights is also the TV’s speakers, which have a power of 100 watts.

Also, the Xiaomi Mi TV 6 comes with a recommendation for the Microsoft Xbox. It gets this because of the Wi-Fi 6 support, HDMI 2.1 and AMD FreeSync Premium. Of course, it’s just as good for Playstation 5 or PC, though.

The most striking feature, however, is the integrated camera. It is a 48 MP dual AI camera that sits in a module in the center above the display.

Why do you need a camera in the TV? Xiaomi is probably thinking about video calls. Many people already use this function on their cell phones or laptops, so the TV is actually just the next logical step. Science fiction shows the way. Currently, most people will be able to do without it. 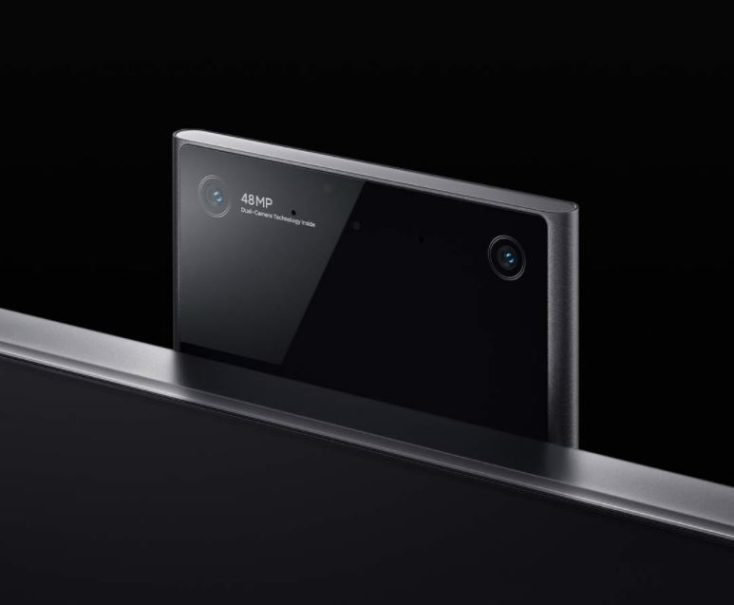 Besides that, “smart” functions are also in mind. Fitness programs that simultaneously monitor the correct posture are mentioned as an example.

There are certainly many possible applications, but it is still a feature that not everyone needs or wants in their TV. At first glance, I also don’t see if the camera module is retractable like a pop-up camera. First of all, if it’s constantly visible it doesn’t look quite as nice. And many people simply won’t want to have a camera in their living room, where they fear that a (Chinese) company could also watch unasked.

The TV will initially only be released in China. As always, a later release in the rest of the world cannot be ruled out. The price is the equivalent of 780€/$930 for the 55-inch variant and 1,040€/$1240 and 1,300€/$1550 for the 65 and 75-inch versions, respectively. Price-wise, this is again very interesting, even if the prices will again approach the competition with a global launch.

Presumably, the camera is not needed yet. But feel free to tell us what you think about it: Can you imagine a TV with a camera for you, or is that a no-go?