0 Kommentare February 9, 2021by Jens
Hey, guys! Just a heads up: The linked offer is already a bit older and the price of the gadget might have changed or it might not be available anymore.

Xiaomi has unveiled a new TV. The Mi TV Q1 75″ is the highest-quality one so far, which is also officially launched on the international market and will thus also be available for purchase in Europe. Xiaomi states 1,299€ as the starting price. 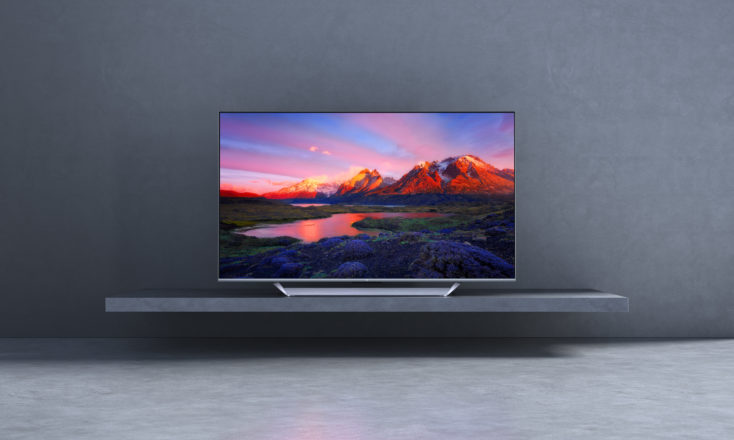 Everything one size bigger

Price-wise, the TV is a significant leap, at least as far as the global market is concerned. Here, Xiaomi has so far mainly attracted attention with its low prices for the Mi TV 4S, for example, which was the first model that could also be bought in Europe. However, the Mi TV Q1 75″ now plays in a different league. The TV has a 4K resolution and relies on Quantum Dot technology. This technology still works like a normal LCD display in principle, but achieves a higher brightness. It also comes closer to OLED in terms of contrast, but they are still the front-runners in terms of black value due to the complete deactivation of the LED. Xiaomi talks about a contrast of 10,000:1 here. The panel has a refresh rate of 120 Hz and 100% NTSC color gamut. Dolby Vision and HDR10+ are also on board.

Xiaomi installs six speakers with a total of 30 watts of power, two tweeters and four woofers. The TV also supports Dolby Audio and DTS-HD. It has three HDMI (2.1) and two USB (2.0) ports.

The size of the TV alone is striking. While TVs beyond 70 inches are no longer a rarity, for many this size should disqualify the TV for a purchase. So far, there has been no word of a smaller version, for example in 65 inches. Thus, the TV will probably mainly be placed in the living room for those who have the space.

Android TV 10 is used as the operating system. Many apps, such as Netflix, Amazon Prime Video and YouTube are preinstalled; more can be downloaded via the Playstore. The familiar remote control with special Amazon and Netflix buttons is also back. Beyond that, however, the TV can be operated with Google Assistant or Alexa via voice control. Chromecast is also integrated.

The TV is expected to be available from March 2021. The first 30 buyers on mi.com will get it for 999€, after that the price will be 1,299€. The presentation drew a comparison to the Samsung Q80T, which costs over €2,500 in the 75-inch version with mostly the same spec sheet. Compared to that, the Mi TV Q1 would again be a really strong offer.