1 Kommentare January 2, 2020by Tim
Hey, guys! Just a heads up: The linked offer is already a bit older and the price of the gadget might have changed or it might not be available anymore.

Shortly before New Year’s Eve, Xiaomi announced a new gadget at the last minute, the Xiaomi Mi Watch Color Smartwatch. Compared to the Xiaomi Mi Watch, the “color version” is round, not square and will be available in China as early as January 3rd. Find out what we already know about the new watch here!

Without much fuss, Xiaomi announced the new Mi Watch Color on Chinese social networks one day before New Year’s Eve. In addition to a relatively meaningless advertising photo, Xiaomi writes about the new Smartwatch that it will be released with many different interchangeable bracelets. 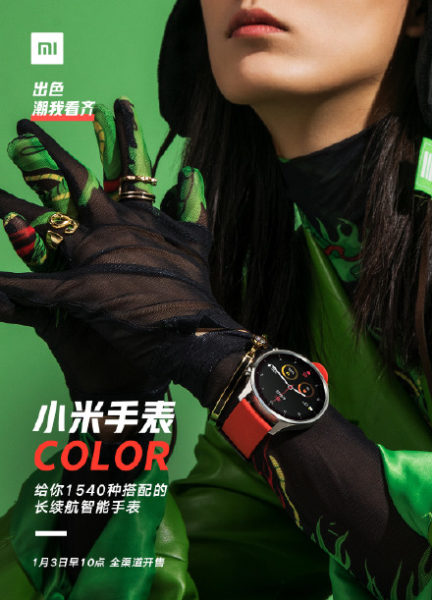 In total, there will be 1540 different combinations to make sure the watch always matches your clothes. The watch should appeal not only to men, but also to women. In addition, the advertising photo says that the intelligent watch offers a long battery life, what this means exactly in days remains to be seen.

Other apparently official photos, but posted unofficially, show that the case will be available in several colors. 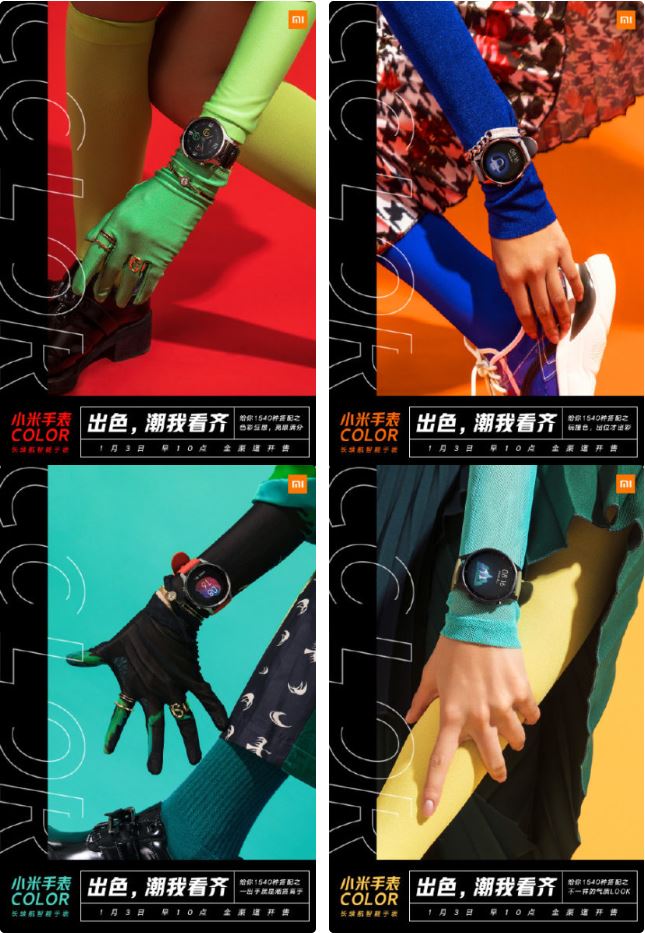 Apparently there are already some Xiaomi Mi Watch Color Smartwatches in circulation, so that several leaks have appeared right now. Since the watch will be officially sold in China on January 3rd, we consider the information as trustworthy. As always with unofficial sources there is however a “residual risk”.

As with the Amazfit GTR, the Xiaomi Mi Watch Color is equipped with a 1.39-inch AMOLED panel, also with an identical resolution of 454 x 454 pixels. It is therefore a 47 mm model, which is pretty big for Xiaomi to address ladies with this watch. 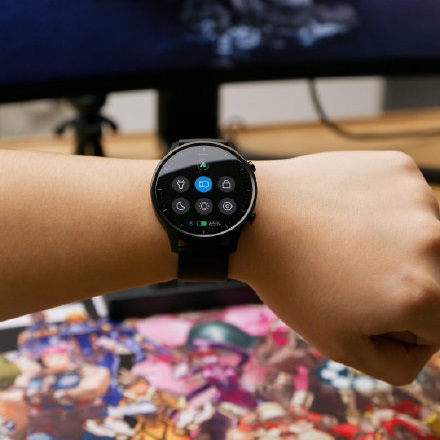 In the sports area, the watch seems to be at least equipped with the standard sports functions such as running, jogging and cycling. Furthermore, it complies with the 5ATM water protection classification, which suggests a swimming sports mode. 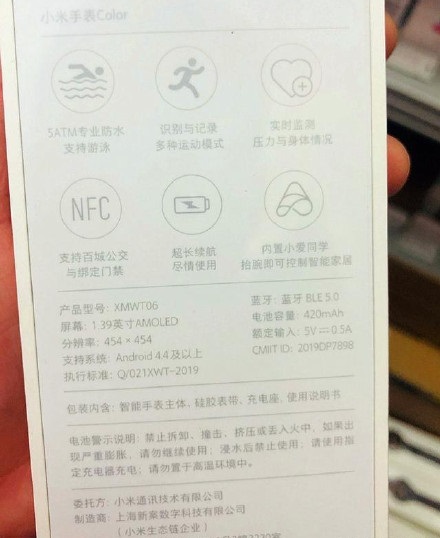 As always, there is a smartphone app, via which the Smartwatch communicates with the mobile phone, via Bluetooth 5. Android 4.4 is the minimum requirement for the app.

Google’s Wear OS as operating system on the new Xiaomi Smartwatch would be good for functionality (contactless payment), but bad for battery life. Whether the watch is equipped with Wear OS like the Xiaomi Mi Watch is not entirely clear. But we (unfortunately) consider it unlikely due to various indications. 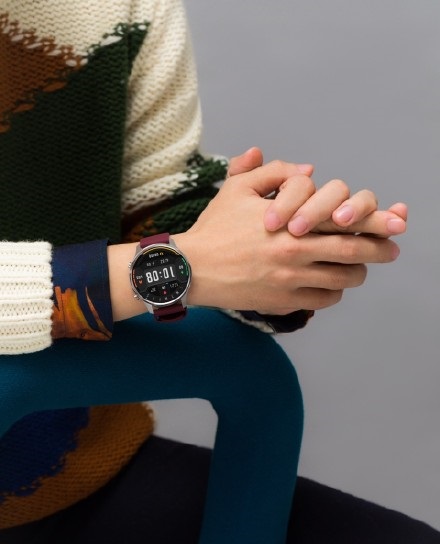 Furthermore, there is talk of a long battery life on the net, a user of the Chinese social network “Weibo” says that the watch still has 65% battery after a week. This is simply not feasible with this battery capacity and Wear OS.

So the Xiaomi Mi Watch Color is probably equipped with a proprietary system, similar to the Amazfit models. Again, we wonder what’s the point of that if there is already a similar model from Xiaomi/Amazfit?

Instead, Xiaomi focuses on the design or rather individualization of the design and on a strong battery life with the Mi Watch Color. In principle, the Xiaomi Mi Watch Color offers no technical added value compared to an Amazfit GTR.

Whether the new Xiaomi Smartwatch has a right to exist alongside the Amazfit GTR remains to be seen until the watch is actually launched on January 3. A European launch and a price for Europe is not yet in sight.