After Xiaomi announced the “new” Xiaomi Mi Watch for early 2021, it was quiet for a while. Now, the global version of the watch appears in the first Chinese stores. It is also already listed on the Spanish Xiaomi website. It is a bit cheaper in the import stores. At least, the watch is stated as the Global version in both cases.

Finally! Xiaomi today released its first global Smartwatch in addition to the new Xiaomi Mi 10T series. It is called Xiaomi Mi Watch, like the Mi Watch from China, but it is not a WearOS Smartwatch. Instead, it offers long-awaited features that the competition from Huawei and Amazfit does not yet have to offer.

It was only a matter of time before Xiaomi offered a more expensive wearable than the Xiaomi Mi Band 5. Instead of releasing the actual Mi Watch from China with WearOS, they reworked the Mi Watch Color. This means that the Xiaomi Mi Watch uses a round watch design. The focus is on the 1.39″ AMOLED display with a resolution of 454 x 454 pixels and a choice of over 100 watchfaces. With the specified brightness of 450 Nit you can even keep up with the display brightness of a Mi 10T Lite. In contrast to the Mi Color, the bezel, the edge of the screen, has been redesigned. Instead of the numeric strokes there is now only a hint to the two function keys “Home” and “Sport”. 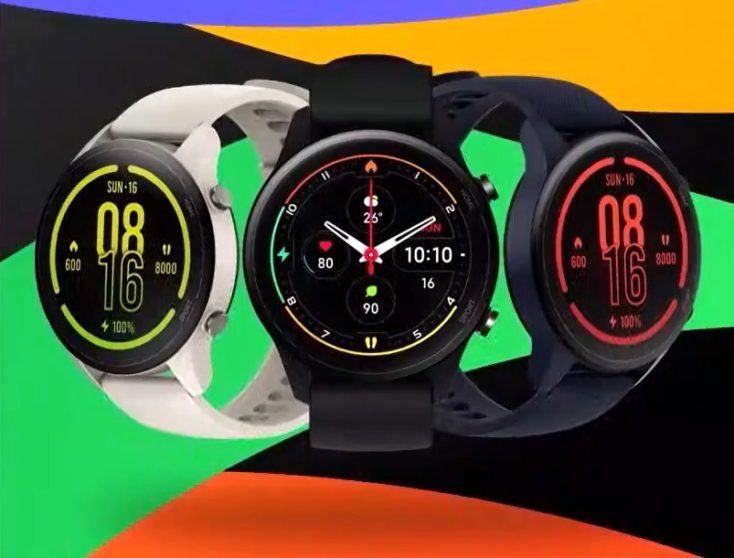 These are located on the right side of the clock. Due to the defined functions, it is unlikely that any of the keys can be freely assigned. The Mi Watch is available in several colors: Black, navy blue and beige, although the silicone strap seems to be available in orange, yellow and olive green as well. The watch weighs 32 g without the Band and measures 45.9 x 53.35 x 11.8 mm, making it roughly comparable to an Honor MagicWatch 2. Xiaomi focuses on athletes and therefore uses a silicone strap with an adjustable length of 130 to 220 mm. However, this seems to be easily changed by pin. The Xiaomi Mi Watch is protected against water according to the ATM 5 classification. So you can shower and swim with it. 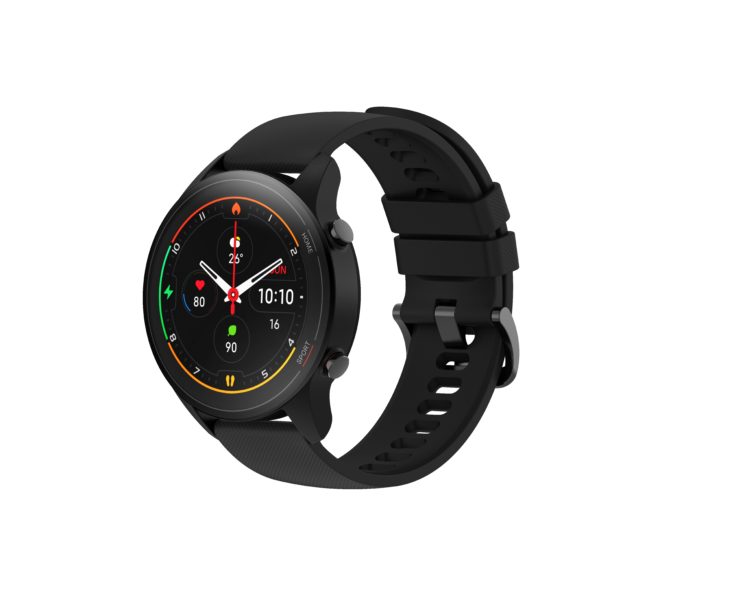 Unlike the Chinese Mi Watch, the global Mi Watch is not equipped with an open operating system (WearOS). Xiaomi’s own operating system does not allow subsequent app downloads or music storage, but still offers a wide range of functions. The focus is mainly on sports enthusiasts; after all, Xiaomi implements a proud 117 sports modes, which is why the dedicated sports button makes sense. In order to track and collect sports and health data, Xiaomi integrates GPS, a 3-axis accelerometer, a 3-axis gyroscope, an air pressure sensor, a geomagnetic sensor and a PPG heart rate monitor, which also allows measuring blood oxygen saturation (SpO2). This has been in demand since the Apple Watch Series 6, but was also possible before with a Huawei Watch GT2E, for example. 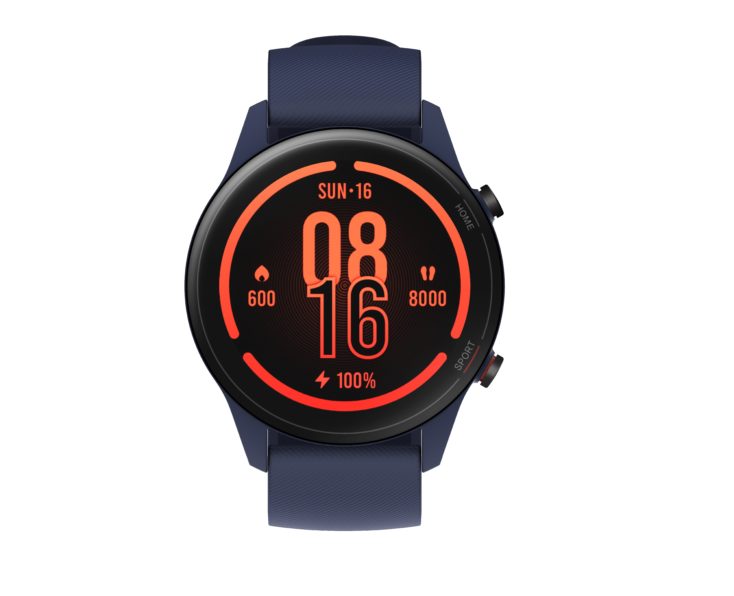 In addition to the sport modes, sleep tracking, step counting, heart rate measurement and stress level measurement are also possible. Since the Mi Watch does not have LTE, it must be connected to the smartphone (from Android 4.4/iOS 10) via Bluetooth 5. Then remote triggering of the smartphone camera and receiving notifications are also possible. An advantage over the Huawei watches: The Xiaomi Mi Watch comes with native emoji support! So these should be displayed on the push notifications. Another highlight is the support of Amazon Alexa by voice control. How well and exactly this works, we can only clarify after a test.

The Xiaomi Mi Watch is equipped with a 420 mAh battery. According to the manufacturer, this provides a runtime of 16 days, so you should only need to recharge twice a month. This is achieved with a magnetic charging cradle, which takes two hours to fully charge the Smartwatch.

Apart from the slightly confusing name, the Xiaomi Mi Watch sounds promising and is a good first step into the area of higher priced wearables. The good battery life, SpO2 measurement, Alexa and Emoji support and the many sport modes speak for the watch. They agreed on a design suitable for the masses at a reasonable price. Only after a test can we determine how well the watch performs against an Amazfit GTS or Honor MagicWatch 2. However, the Mi Watch will not be available until early 2021.

What do you think of the first global Xiaomi Mi Watch Smartwatch?