2 Kommentare August 20, 2019by Jens
Hey, guys! Just a heads up: The linked offer is already a bit older and the price of the gadget might have changed or it might not be available anymore.

Xiaomi has launched a new tool. This time it’s a battery-powered screwdriver that once again gets a completely unusual design. Is this what the future of do-it-yourself looks like? We have tried the screwdriver. 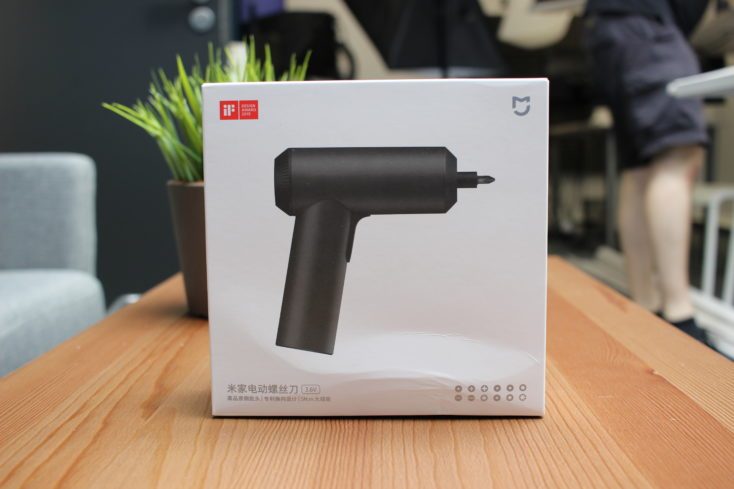 Xiaomi can also do tools

It is far from being the first product in the “Tools” category to be launched by Xiaomi. We have had the Mijia Precision Mechanic Screwdriver Set here for a long time, which regularly serves us well. In the broadest sense, the compressor can certainly also be counted in this product category. The cordless screwdriver is also one of the Mijia tools in terms of design.

Of course the question arises: Do you need it at all? Does my tool case have to look like a laptop, my bit cassette like a power bench and the cordless screwdriver like a hair dryer? More than with all other gadgets, the functionality of the tool is in the foreground. Most people don’t care if the drilling machine in the garage under the cable drum looks “nice” now.

The situation is different with smaller tools, which are also stored in the apartment. If space is limited, cordless screwdrivers and the like can be compact and also look a bit nicer. In the end it remains a matter of taste – some find it nice, others useless.

Processing and scope of delivery

Even the packaging is extremely space-saving. The white cardboard box contains a zippered pocket for cordless screwdrivers, bits, charging cables and instructions. The slightly padded fabric box is 16 x 16 x 6 cm small and completely neutral on the outside and cannot be recognized as a tool. 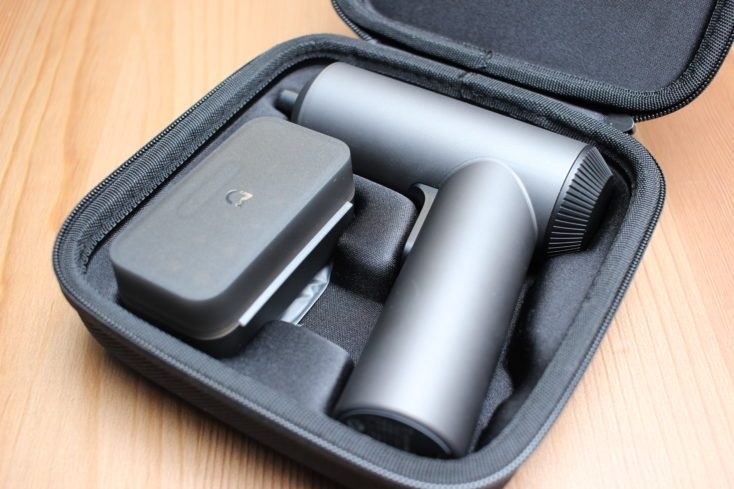 The twelve bits that are included are stowed in an additional box, along with an extension for the bits. The USB-C cable is only about 20 cm long, and an adapter is needed to charge the screwdrivers from the wall socket.

The appearance of the actual gadget is as minimalistic as possible. Two cylinders with a smooth surface form the handle and shaft and thus the complete gadget. The rear part of the shaft is not, by the way, a ventilation slit as originally assumed. Instead, it is an adjusting wheel that can be used to change between clockwise and counterclockwise rotation.

Under the handle is the USB-C port (very modern) and printed with the technical details of the cordless screwdriver, but in Chinese. There’s nothing more to see on the whole tool. All in all, it’s a bit smaller than we expected, as you can hopefully see on the pictures.

Working with the Mijia cordless screwdriver

You don’t have to explain anything here. For the screw you want to turn, you choose the right bit and get started.

The enclosed bits are as follows:

It is important to specify the torque of 5 Nm. For comparison: The popular and similarly expensive Bosch IXO comes to 4.5 Nm. That doesn’t take much, and even with the Mijia screwdriver you can’t really tighten all screws. For the typical IKEA shelf with pre-drilled components, however, it is sufficient. Altogether the cordless screwdriver is an aid to screw in many screws in a short time; but for a really firm hold you can always retighten them by hand at the end.

What I don’t like so much is the “trigger”, the button of the tool. It is very flat, which leads to the fact that the index finger is almost on the key with the third joint, due to the small size of the cordless screwdriver. To press the trigger in this way feels very unnatural. Alternatively, I can angle the index finger to reach the key with the fingertip. That again is unpleasant in the long run in the joints in the finger. It only feels really intuitive when you have really very small hands.

The built-in battery has a capacity of 2,000 mAh. The maximum battery life is always hard to quantify, Xiaomi himself speaks of 180 screws that can be installed with it. But how big are they? In which wood do you turn the screws; how well are the holes pre-drilled? So I can’t give an exact number of minutes, but in my experience I would say that the running time is good. A charging process takes two to three hours.

The Bosch IXO is a well known and popular model for us. I also have it – in the 5th generation – at home, which is why I will use it here as a comparison model. Both are similar in size and strength and come with about the same accessories. The IXO came with ten bits while the Mijia has twelve bits, and the IXO has a two meter long charging cable with socket connection.

The IXO is definitely better in the hand, which is mainly due to the ergonomically shaped handle and trigger. The latter is easier to reach and can also be pressed more comfortably. In addition, the Bosch device is somewhat quieter in use. The Mijia, on the other hand, is somewhat stronger; even the 10% difference on the paper is noticeable in a direct comparison. The Mijia attracts a little better.

The LEDs on both devices are also different. In the IXO there is a single lamp, which has a very small light cone, but is very bright. In the Mijia there are three LEDs, which are a little less bright, but illuminate a much larger area. Both are bright enough to work even in darkness, and I find the light of the Mijia screwdriver much more pleasant.

The third comparative model is the IKEA FIXA. With a torque of 3 nM it is considerably weaker, which is still sufficient for the intended purpose. Instead of a regulator for adjusting the direction of rotation, the trigger can be pressed here like a rocker on both sides – there is no neutral setting where nothing happens. The FIXA is slightly larger, but lighter than the other two models. It has no LEDs. But this all leads to the fact that it is much cheaper at IKEA than IXO and Mijia screwdrivers. 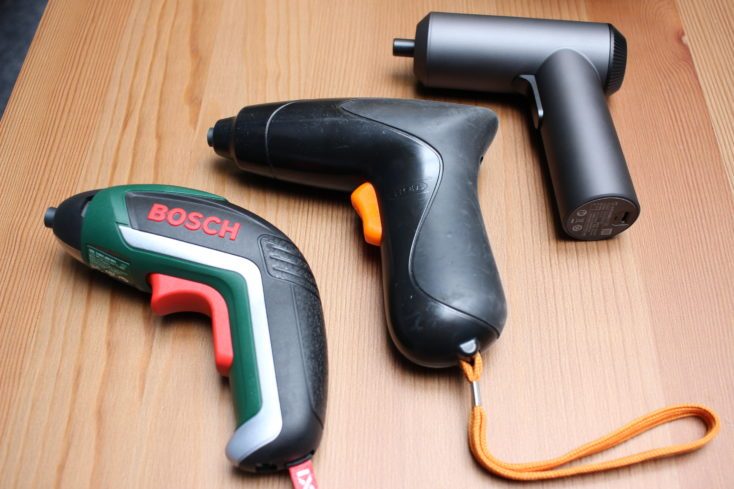 Since the Bosch IXO does not have the same popularity everywhere as with us, here a few other comparison models:

These cordless screwdrivers are all small, handy and practical. Nevertheless, the prices are often very far apart. Here everyone must decide for himself whether he prefers the cheap model or is willing to spend more. For smaller works in the household all are probably well suitable.

For me the Mijia cordless screwdriver is on the same level as the Bosch IXO – and that means something. From a standing start, you deliver a product that can compete with one of the best known tool manufacturers here. Unfortunately, Xiaomi is going one step too far in the direction of “design” and is moving too far away from the “tool” rating. Even if you like the look of the Xiaomi device, it just doesn’t fit well in your hand, which is extremely important with such a tool. In my eyes, the IXO looks better.

The fact that the LEDs are slightly better and the torque is slightly higher doesn’t compensate for the lack of comfort for me. And if you really want to get a cheap cordless screwdriver, there are also cheaper options like the IKEA FIXA and some models on Amazon.

Is the Xiaomi Mijia cordless screwdriver bad for that? Absolutely not! If the design appeals to you, you can think about a purchase, especially since it is usually a bit cheaper than the IXO.