The Xiaomi precision screwdriver set has been around for a few years now and not much has changed over time. But now there is a new version with an electric screwdriver, which Xiaomi has a lot of experience with. Is the Xiaomi Mijia Electrical Precision Screwdriver Kit 2 a sensible upgrade for a long-time favourite? 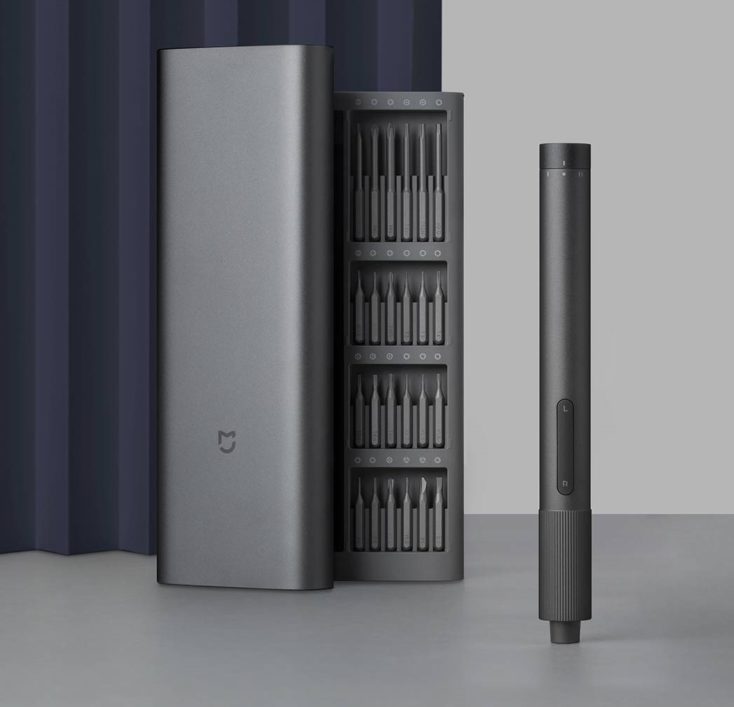 The big brother of the precision mechanic set

The design is consistently chic. Because the electric version also comes in an elegant dark grey metal housing. Actually, they are the same in terms of design, only the size makes you notice that they are not the same set. It has been enlarged by the new electric screwdriver, which now contains batteries and motor. 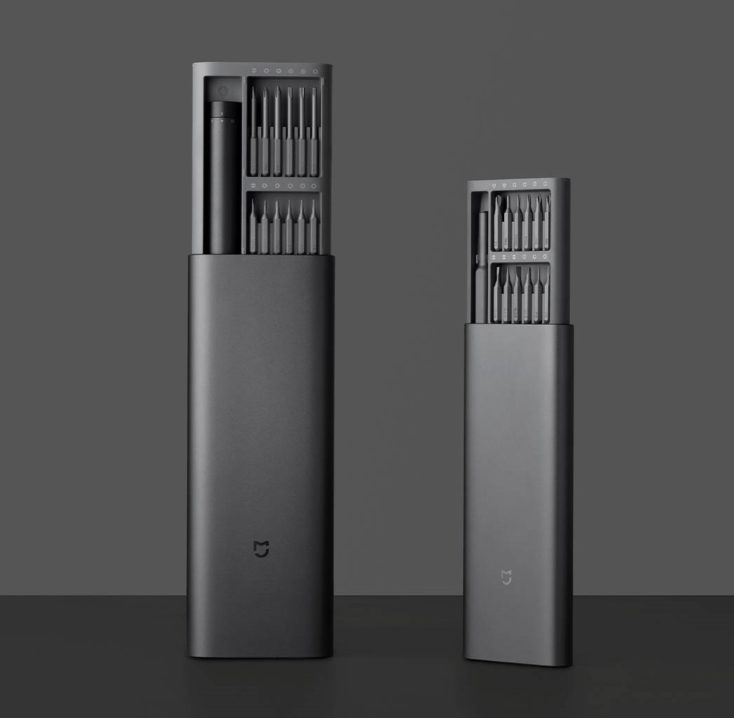 Like the manual version, the electric screwdriver set comes with 24 attachments. The following attachments are included: 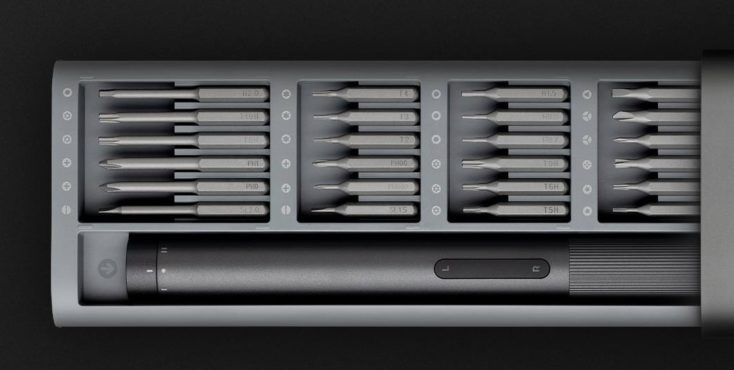 But the real innovation is the new electric screwdriver. With the Wowstick and the cordless screwdriver you already have devices of this kind in your portfolio. By means of an elongated knob you can turn the screwdriver to the left or right as required. 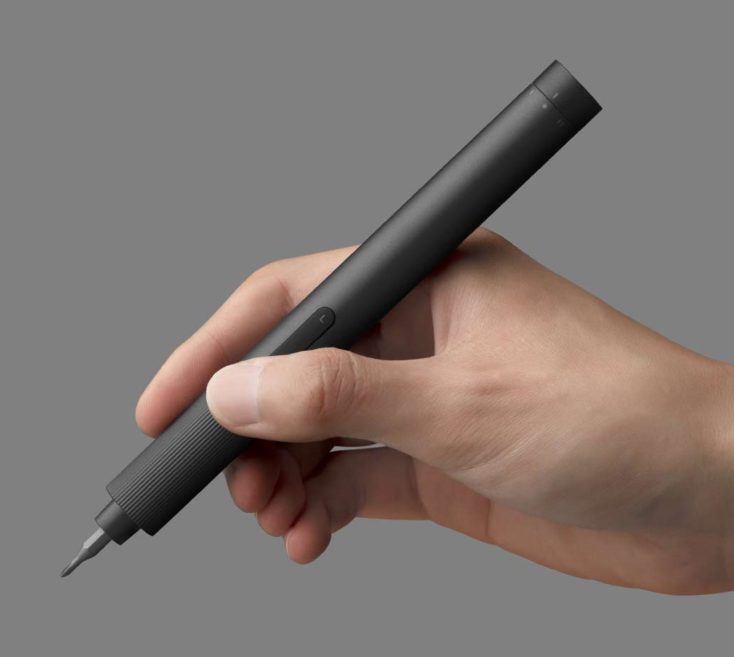 It reaches a maximum speed of 200 rpm and with a wheel at the bottom of the screwdriver the torque can be adjusted between 0.05N and 0.2N. This makes the screwdriver suitable for fine work, but of course you won’t build up a shelf with it.

You can even charge with USB-C

The screwdriver is powered by a 350 mAh battery, which is recharged via a USB-C connection. Xiaomi states that you can loosen or tighten up to 400 screws with the screwdriver. This number varies according to the length of the screw, so you may be able to achieve significantly fewer screwdriving operations. 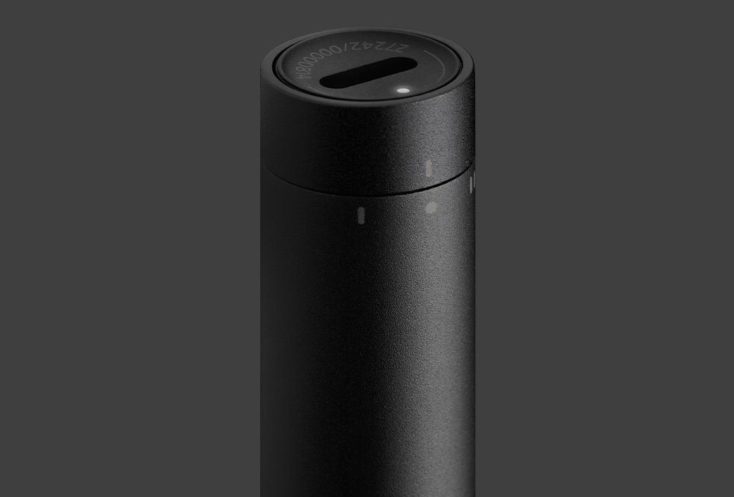 Giving the Mijia screwdriver set an electric screwdriver is of course the logical next step. If we assume the usual Xiaomi quality, we definitely have the next gadget for every hobbyist. The price is a bit higher than the manual version, but the electric version is probably much more comfortable to use and there will certainly be good deals for the Xiaomi Mijia Electrical Precision Screwdriver Kit 2 . What do you think of the new version?