1 Kommentare August 11, 2018by Thorben
Hey, guys! Just a heads up: The linked offer is already a bit older and the price of the gadget might have changed or it might not be available anymore.

The Xiaomi Mi Band 3 is currently on its way and a possible successor is already on the market. The new Fitness Tracker is named Mijia Hey+ and seems to be the better Mi Band 3. We just wonder why. 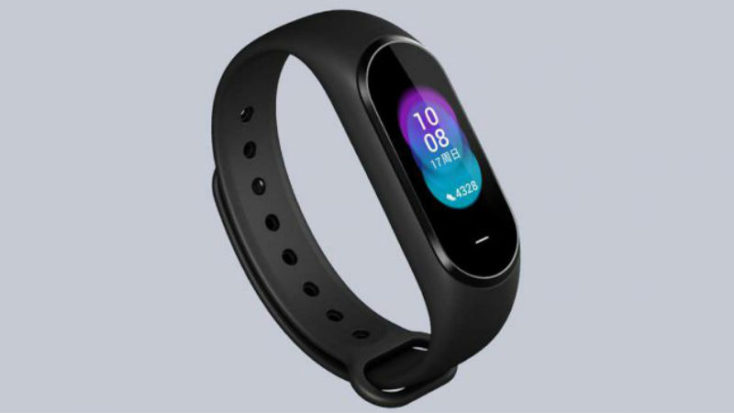 Xiaomi does not appear directly as a manufacturer but rather as a distributor of the Hey+ Fitness Tracker. Apparently RYEEX Technology is the official manufacturer, but the Hey+ is compatible with various Xiaomi services and devices. The CEO of RYEEX was also Head of Research & Development at Xiaomi until 2017, ensuring close ties between the two companies.

A Mi Band with color display

The Xiaomi Mijia Hey+ fits seamlessly into the Mi Band series. The capsule design is retained, the actual fitness tracker can be removed from the silicone strap if you wish. The actual tracker actually reminds us a little more of the Mi Band 2 than the Mi Band 3, and the shape of the silicone band and the closure have also been taken over 1:1.

The big difference lies in the display used, because this is even bigger with the Hey+. The version of Mijia is equipped with a 0.95 inch AMOLED display. The Mi Band 3 works with a 0.78 inch screen. The resolution is also slightly higher and is now 240 x 120 pixels. But it’s especially interesting that the Mijia Hey+ uses a color display. We haven’t had that with the Mi bands yet. In this price range we know this almost only from Amazfit Cor.

Apparently, this is not a touch screen. The operation is then probably done via the capacitive button under the screen.

This, of course, raises the question of battery life. Since the Mi Band 2 is a small marathon runner, you have to settle for a little less battery life with the Mi Band 3. The new Fitness Tracker from Mijia also works with a 120 mAh battery, but should offer the same battery life despite a larger screen. The target is a value of 18 days, which depends of course strongly on the individual use. 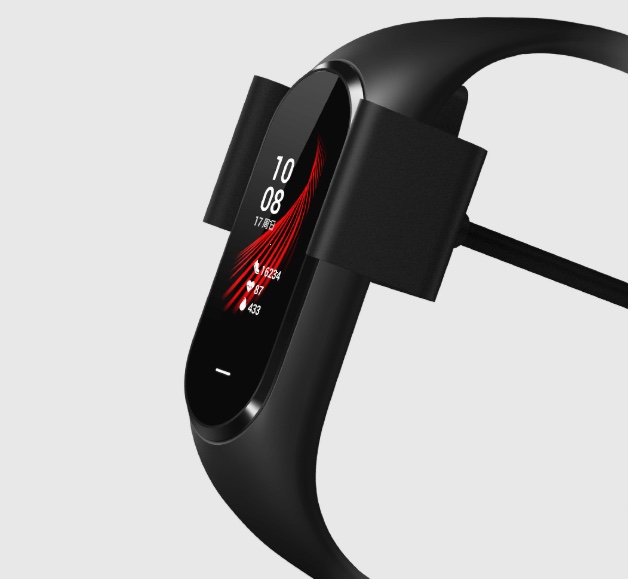 The NFC version of the Mi Band 3 is not yet on the market, the Mijia Hey+ offers this feature immediately. The chip is to be used mainly for payments via AliPay, or for the electronic bus ticket (in China). It also makes it easier to connect your smartphone to the Fitness Band. Alternatively, this connection can be established via the integrated Bluetooth 4.2.

Also with the Xiaomi Mijia Hey+ one apparently falls back again on the well-known Mi Fit app, which we already know from various Xiaomi/Huami fitness trackers. The usual range of functions is probably available. These include various sports modes, pulse measurement, pedometer or the integrated alarm clock as well as the popular notification function. To control your own Smart Home devices, you can probably also connect the band to the Mi Home app.

We haven’t been able to test the Xioami Mijia Hey+ yet, of course, but the sad truth is that it actually sounds better than the Mi Band 3. The only disadvantage compared to the Mi Band 3? The apparently missing touch screen. Is that the only advantage of the Xiaomi Mi Band 3?

We are simply amazed that Xiaomi has such a high release density in this area as in the Mi smartphones. You wonder why you don’t launch a product that does everything right. Interestingly, it will be marketed under the Mijia brand, which recently entered the wearables sector with the Mijia SYB01 Hybrid-Smartwatch.

What do you think of the Xiaomi Mijia Hey+? Would you rather stay with your Mi Band? You still have time to think, the China release is scheduled for September 20th, at a price of about $30. By the time the tape arrives in the China shops and is available to us, we will certainly have October. The price should also be slightly higher.