4 Kommentare December 17, 2019by Jens
Hey, guys! Just a heads up: The linked offer is already a bit older and the price of the gadget might have changed or it might not be available anymore.

Xiaomi has a new laser beamer in the pipeline. The new Mijia model is due to go on sale shortly. This is again a Full HD beamer, but this time it even supports 8K videos. 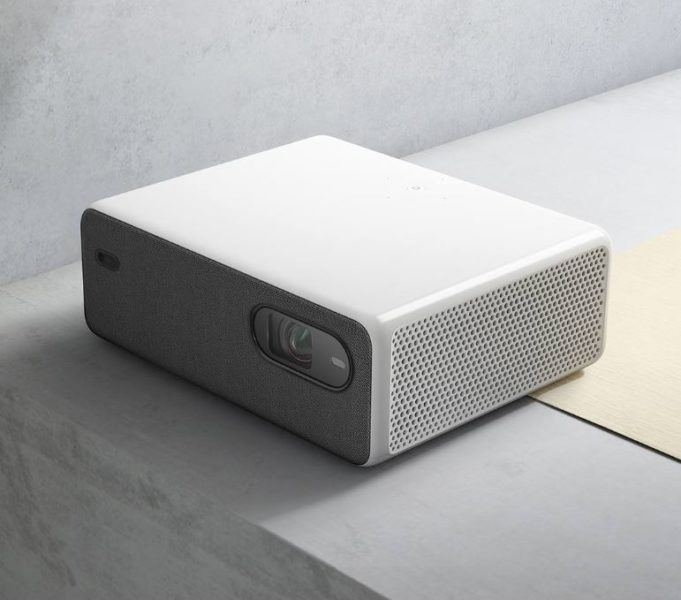 Mijia Laser Projector at Geekbuying for $1376.70

The new beamer again relies on laser technology, which is more energy-efficient and more durable (the 25,000 on the graphics stands for the service life of the LEDs in hours). With a measured brightness of 2400 ANSI lumens, the image is projected onto a screen of up to 150 inches. The specified throw ratio – the ratio of the distance to the screen to the size of the image – is 1.2. For a (more realistic) image of 100 inches, the beamer must be three meters away from the wall.

The image can always be smaller, because the beamer has a fourfold keystone correction, by which the image can be adjusted again. It is not a 4K beamer; the maximum resolution of the representation is Full HD (1080p). That 8K videos are supported is nice, but rather negligible – 8K content is still damn scarce. 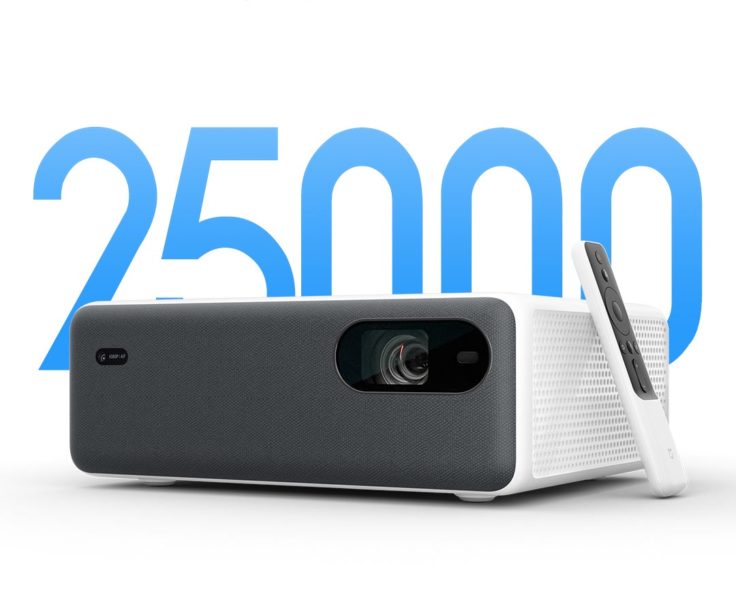 Externally, the beamer strongly reminds of the short-distance laser beamer of Xiaomi, which is now almost celebrating its second birthday. Apart from the size (the new one is a bit smaller, but higher) the two projectors are very similar with the ventilation at the side, the front speakers and the identical color.

Apropos speakers: Here again two 10 Watt loudspeakers are installed. Even when the projector is switched off, they can be controlled as jukeboxes via Bluetooth. According to the manufacturer, the projector itself is only 28 dB loud or rather quiet.

For the time being, the beamer will (as usual) only be sold in China and will cost 5,999 RMB – the equivalent of around $859. Like all Xiaomi beamers so far, however, it will probably appear in China shops in the foreseeable future. My tip: It will cost $1,000-1,200 there and will become cheaper after a short time. But it will only become really interesting when there will be an international version with at least an English operating system.

It remains to be seen whether the laser beamer will then also be worthwhile for an import. So far the projectors of the manufacturer were always satisfactory. What do you think: Do you have a beamer at home (or are you looking for one), or is your TV enough for you?