Xiaomi Mijia Microwave: How to heat your food in 2019!

2 Kommentare August 2, 2019 by Maike
Hey, guys! Just a heads up: The linked offer is already a bit older and the price of the gadget might have changed or it might not be available anymore.

*Ping* – Dinner ready! But an ordinary microwave either makes the leftovers of your last dinner too hot or doesn’t even thaw them. Will that change with the smart Xiaomi Mijia microwave? You can actually control it via App and Voice Assistant. 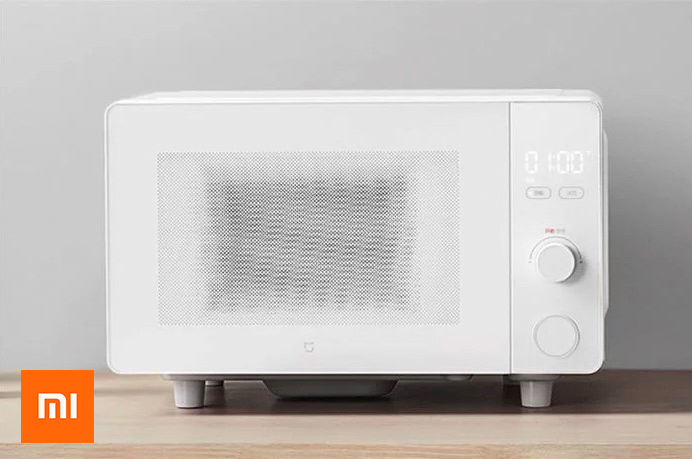 Xiaomi also remains true to its typical design concept for the microwave: minimalist, functional and yet stylish. The microwave weighs 10.8 kg and is kept in white with dark grey elements, just like the Xiaomi kettle. Fanboys of course immediately are struck by the Mijia-/Mi Home logo on the underside of the door. Above the door is the semitransparent glass pane, which allows a view of the meal. The capacity of the Mi crowave (haha) is stated by the manufacturer to be 20 litres.

To the right is the control panel, which is much more reduced than you are used to today. Two rotary controls allow you to set the time and power of the microwave, with a maximum of 700W. In addition there are two touch-sensitive buttons with which you can set different modes. Above it you implement a display which shows time and modes.

At first glance, the Xiaomi Mijia microwave is just an ordinary microphone, but as you would expect from the manufacturer, this appliance is smart. This means that thanks to the integrated 802.11 b/g/n 2.4GHz WiFi chip, the microwave can be integrated into the home network. So you can integrate it into the Mi Home app (Download: iOS | Android) and it is actually already selectable there. Sentences like “Alexa, heat up the soup” are probably no problem in the future. In combination with a language assistant, the gadget should also be controllable. But assume that she will only understand Chinese for now. 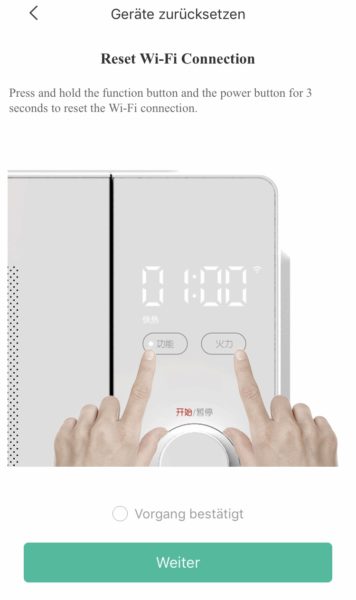 In addition to modes, temperature and time, the app should also provide information about new recipes – however these are to be implemented in a microwave oven. There are also enough options for the modes, Xiaomi wants to integrate 26 different modes.

Even though Xiaomi is gaining more and more ground in the West, it is still questionable whether the microwave will be available as a “global version” in a Xiaomi store and how well the household gadget works with the language assistants. But I have to say: So far I don’t have a microwave, but now I want one. The China price of 399 Yuan finally also converts into $56, from the import shops one could then be around 80 to $100, which is okay compared to other manufacturers in any case. Would the Xiaomi Mijia microwave also find a place in your kitchen?