0 Kommentare July 29, 2021 by Fabian
Hey, guys! Just a heads up: The linked offer is already a bit older and the price of the gadget might have changed or it might not be available anymore. 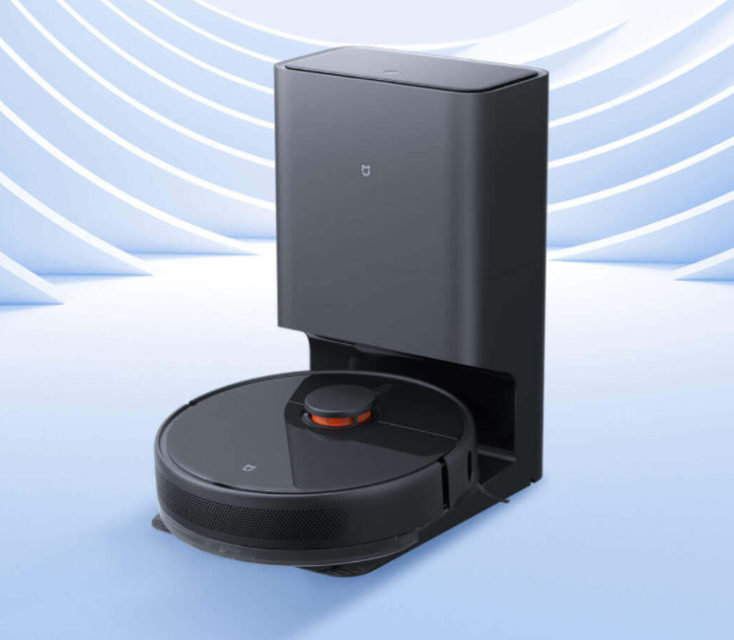 The important innovation is the extraction station, which should save you work. It replaces the typical charging station and vacuums the dust chamber of the robot vacuum cleaner after cleaning. This should allow you to run the robot vacuum for up to 45 days without emptying it. It uses 4l dust bags for this, there is no cyclone dust chamber like the Roborock extraction station has. So with the 400ml dust chamber, this equates to 10 complete empties. 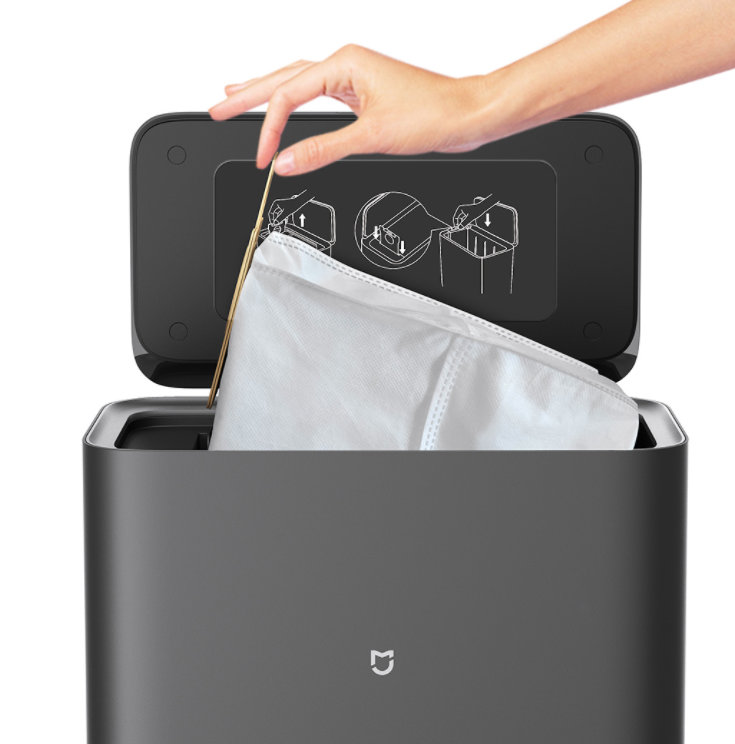 Here, you use a dual suction, which should prevent clogging. To ensure that there is enough power for this, the extraction station can draw on 16500 pa of suction power. Thus, it gets quite loud here, just like in the other extraction stations. 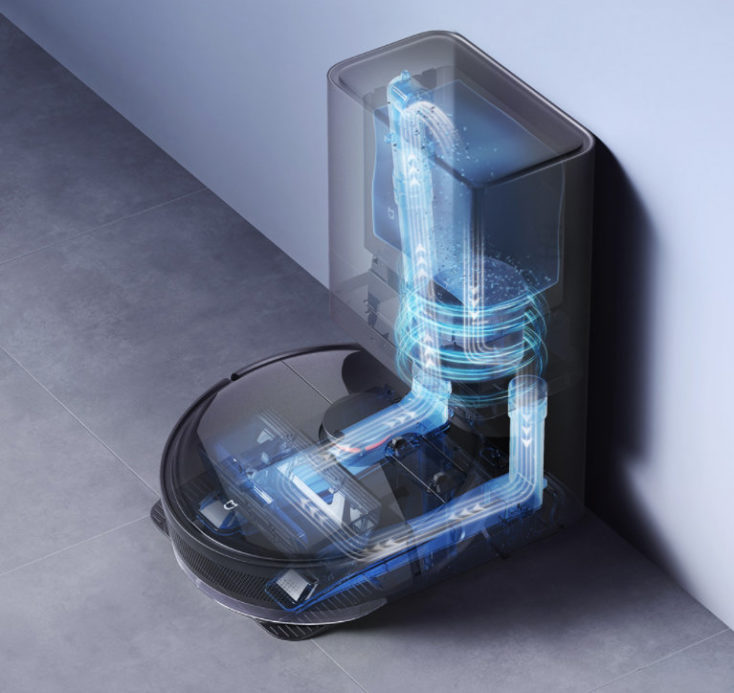 Many sensors for precise navigation

At the same time, it is the second model after the Mijia Pro that comes with 3D detection. Hopefully, we will soon be able to tell you about the 3D detection on the Mijia Pro. With this, even smaller objects that are not detected via the laser distance sensor are supposed to be detected and so the robot can recognize and avoid them. 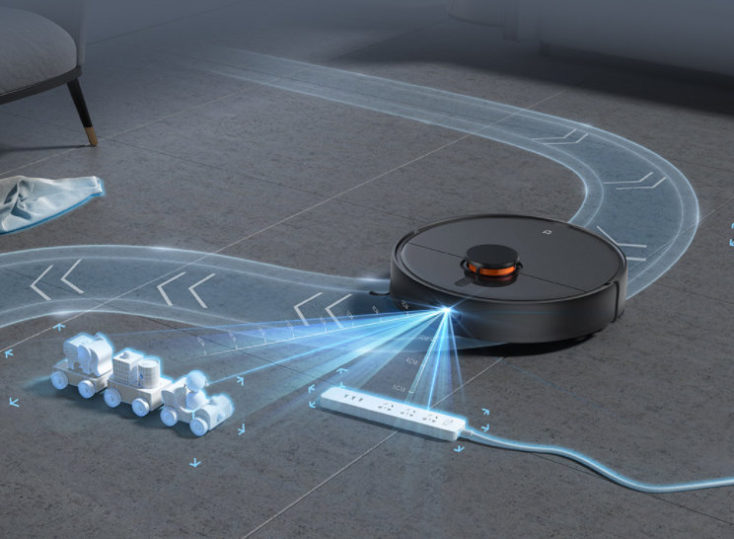 So, in theory, there is less to prepare for the robot vacuum. There is also a ToF sensor at the front, which should prevent unnecessary collisions. If that also fails, there is still the collision sensor as a last resort. The robot is also not supposed to fall down stairs, which is why there are more sensors on the bottom. 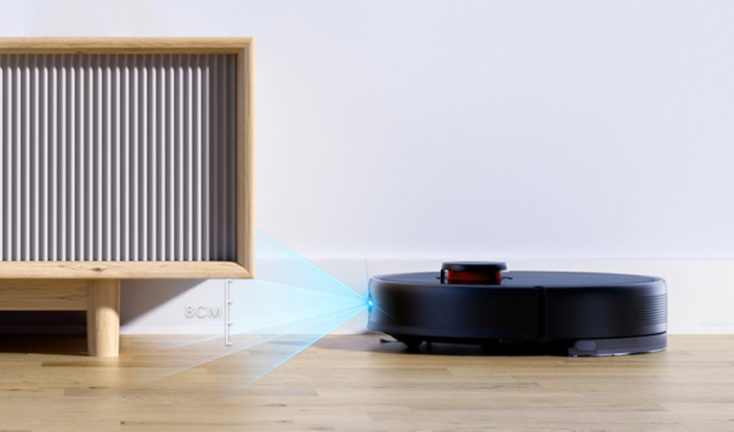 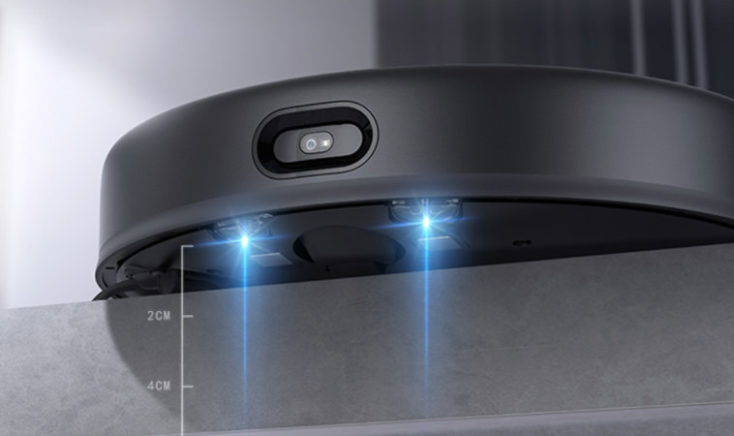 Likewise, the Mijia robot also offers a very good suction power of 3000 pa, which are divided into four suction levels. It collects the collected dirt in the 400 ml dust chamber. Thanks to the typical 5200 mAh battery, it is supposed to cover up to 240 m² of living space with one vacuuming tour. However, if it’s ever not enough, it can continue in the same place after charging. 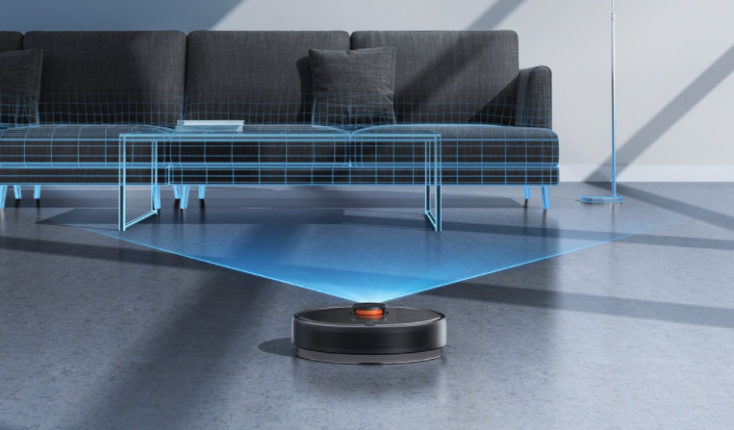 As an extra, there is also a wiping function. However, this is not solved via a vibrating water tank like in the Mijia LDS 2, but uses the conventional method. Thus, the vacuum robot will probably lag behind the aforementioned Mijia LDS 2 and Roborock S7, as they can exert more pressure on the floor. At least the water delivery is electronically controlled, which allows you to individually regulate the amount of water delivered.

As you would expect from Xiaomi, control and real-time mapping takes place via the smartphone app Xiaomi Home (Android, iOS). This has already proven itself several times and offers all kinds of functions. 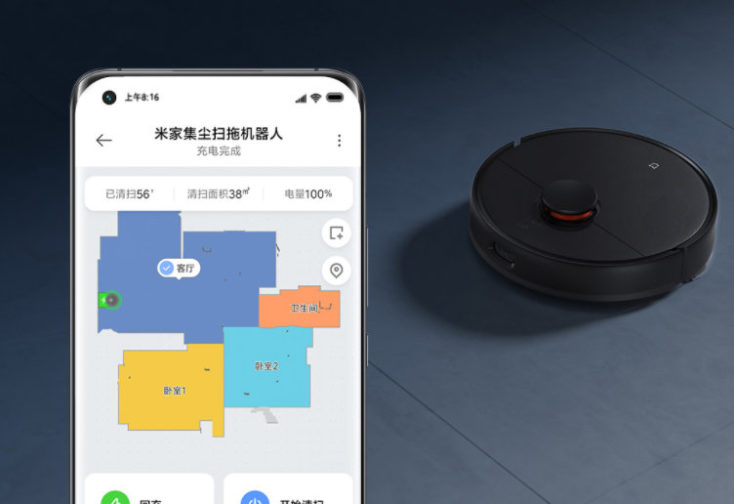 Among them, the room layout, virtual walls or no-go zones. You can get a detailed impression of the app in our previous reviews of the Xiaomi vacuum robots.

Relatively late, but now we have the first Xiaomi vacuum robot with extraction station. Here, you go the classic way via dust bags and do not get inventive like Roborock. They also seem to be focusing more on 3D technology now. In China, it is currently crowdfunding and costs 2499 yuan (~€325/$384) there, which puts it in a similar range as the Roidmi EVE Plus, for example. A release for us is not always given, however, we will find in soon in the China stores.

What do you think of the robot with extraction station?