12 Kommentare December 5, 2019by Tim
Hey, guys! Just a heads up: The linked offer is already a bit older and the price of the gadget might have changed or it might not be available anymore.

The Chinese tech giant never tires of developing: Xiaomi launches an improved version of the Mi Robot. It features minimally more suction power, a wiping function with a large water tank and an improved laser distance sensor (LDS). A sensible upgrade? Our review. 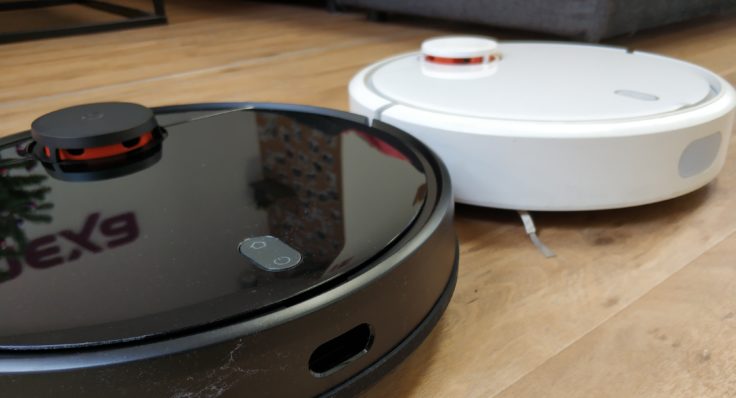 Scope of delivery of the Xiaomi Mijia LDS

The scope of delivery includes other than the robot:

The relatively large water tank for a hybrid model is a direct eye-catcher. You can also look forward to an additional brush head (works with one) and an additional wipe. Since the model is designed for China, there is no US charging cable, no operating instructions in several languages or CE mark. Whether there will be an international version of the robot is still unclear, we know the uncertainty of the Mi Robot 1S, for which there is still no international version.

Design and Processing: Comparison with the 1st Gen.

Compared to the new Mi Robot, the robot is barely noticeable to be slightly flatter (0.2 cm) and lighter (0.2 kg). With a height of 9.4 cm through the LDS (Laser Distance Sensor) on the upper side, you should check whether the robot fits under some pieces of furniture before buying. The Mijia LDS looks good, it looks flat, modern and also the workmanship is top. As with all Xiaomi generations to date, the plastic used is of very high quality.

The individual parts and accessories are compatible with those of the other models, allowing owners of another Xiaomi vacuum robot to apply their purchased accessory packages directly to the new model.

There’s nothing more to say here either, with this valuation factor you can only seldom blame the Chinese tech giant.

Laser room measurement via LDS, mapping, room division … The list of concentrated vacuum robot technology in the new version is long. In fact, the upgrade was only optimized, but nothing was functionally removed. Accordingly, we will deal with the differences here, for all further information we recommend a look at the Mi Robot review.

The suction power was increased from 1800 pa to 2100 pa – the current best value for vacuum robots. This is only 300 pa more than its predecessor, and is only marginally noticeable. The laser distance sensor has also been optimised and can now detect obstacles and contours up to a distance of 8 m. However, the navigation of the Mi Robot of the past days is already very mature and absolutely sufficient.

The new LDS is extremely precise

The new LDS, however, has it all: not only the distance at which it determines obstacles is impressive, but also the sensitivity. The Mijia LDS is almost too sensitive, so he hardly uses his bumper at all and docks almost no obstacles, but turns a few centimeters before. However, this also leads to some dirt and dust being kept out of the way around these obstacles. But if you own sensitive furniture, you should be happy about it. He even recognizes glass doors. 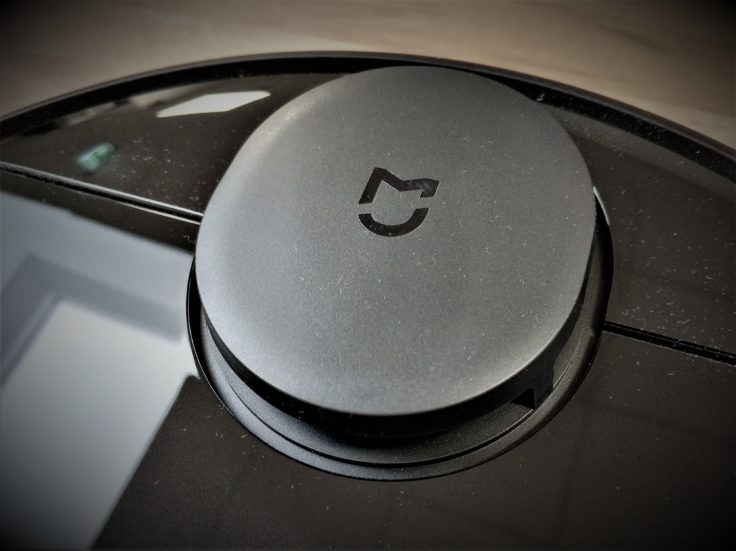 During some test rounds it is noticeable: The working speed is quite high, the working method is the same as with the previous Xiaomi models: First the outer edges, corners and walls are removed and then the inner area is worked off. So the robot works its way through the walls, the tester is satisfied until something unforeseen happens:

Although the robot approaches it smartly by trying it sideways over the cable cover, it gives up after two attempts, and no other new model has failed for several months. Bitter, that’s not enough for the top rating. After all, the cable cover is only 2 cm high and even rounded, which should be possible with a model above $250. Well, here the Mijia LDS gets a few minus points. The autonomous retrieval of the charging station is no problem.

Ladies and gentlemen, the well known Xiaomi Home App (Android, iOS) is back! Before we ask our robot to enter the WLAN stage, please pay attention to a short security checklist so that everyone can use the robot properly:

If the connection with the robot should cause difficulties, you can reset the WLAN – as with the other generations – by holding down both buttons at the same time (3 sec. for example). If there are any difficulties, just tell us your difficulties in the comments and we will help you.

Although you can use the vacuum robot in this country without any problems, you have to use Chinese servers with the app. This is a problem if you already have several devices on other servers in the Xiaomi Home App. Both servers can only be used simultaneously with one trick: Use two app versions (keyword Dual Apps).

Fortunately, the language set in the Xiaomi Home App is transferred to the robot’s interface, so English is available (although not always clearly named). The robot “speaks” Mandarin (at least I think so), but that can be expected. Generally you should know some settings and do them before the first cleaning, let’s have a look.

Within the app you have the choice between four suction levels. Here with operating volume and suction power information:

Depending on the suction level, the battery performance naturally decreases at different rates. Due to the high working speed, the robot can also be easily vacuumed on “turbo” up to 100 m².

An overview of the individual functions and setting options:

Firmware updates can be downloaded at the charging station and integrated into the WLAN. Xiaomi’s update policy has been exemplary in recent years, let’s see what’s coming for the Mijia.

Now what? Let the robot complete a complete journey through the four walls from the charging station (elementary for mapping and room division). Without interruptions, just let it go. Then you get a visual map of the rooms in the app, which you can use to get started. Different from the Mi Robot 1C.

Vacuum robot with LDS = Live mapping in the app. This looks very attractive on the Mijia LDS robot and is very detailed due to the strong laser distance sensor. Gradually, the robot also optimizes routes. In addition, it updates the map as soon as it detects changes, such as a ball or a toy being in the way.

The automatic room division after the map creation allows you to specify when the robot should vacuum or wipe which room (or both) – also in which order.

If you are dissatisfied with the robot’s room layout, you can simply rearrange, connect or change the dimensions of the rooms in the app. Fortunately, the rooms can be named by the user, otherwise we would have almost all difficulties with the Chinese characters (see screenshot above).

No-Go zones (areas that the robot should not move) and virtual walls (which only the robot sees and does not drive over) can be drawn on the map and saved as usual. Also works perfectly.

Wipe, vacuum or both?

Using an app, the user can manually set which of the three different working modes he wants to use: pure wiping, pure vacuuming and simultaneous vacuuming and wiping. The 0.55 l water tank is very large compared to other models and allows rooms above 150 m² to be wiped. The dust chamber comes in the same size, so it offers enough space for more elaborate cleaning.

The amount of water dripping from the water tank onto the microfibre cloth can also be adjusted in the app. In general, the water tank is very cleverly designed. It not only releases water, but also collects dust. This gives the user the choice of wiping and vacuuming at the same time, or just one of both.

Wiping is such a thing with vacuum robots, after all most are not able to remove more stubborn stains. This also applies to a certain extent to the wiping function of the Mijia LDS, which does not perform badly at all. If a stain is not stamped too deep into the ground, it will get rid of it. Definitely enough for weekly wiping, but not as effective as manual wiping with a mop – of course. But definitely a work relief.

The Mijia Robot LDS version is aimed at a target group with a smaller wallet who still don’t want to do without a high-end model with lots of functions. Exactly what the Mi Robot has been for more than three years. If you want a wipe function, you’ll be happy, otherwise the noteworthy differences are to be found especially in the room layout and improved navigation. A change from the Mi Robot to the LDS version is only worthwhile from our point of view if you miss the mentioned advantages of the first generation and don’t want to do without them anymore.

If you don’t own a Mi Robot yet, you can look at it and buy it with a clear conscience. After all, the price is absolutely reasonable and the Mijia LDS is once again a Xiaomi model that delivers exactly what it promises. However, we would like to point out that a missing CE mark, the mandatory purchase of an adapter and a Chinese operating manual (as of now) must be taken into account as factors in the purchase decision.

What do you think of the upgrade model?