0 Kommentare September 2, 2021 by Fabian
Hey, guys! Just a heads up: The linked offer is already a bit older and the price of the gadget might have changed or it might not be available anymore.

The next Xiaomi vacuum robot does not want to score with a suction station or new wiping functions, but relies on its size. With a height of 5.5 cm, the Xiaomi Mijia Ultra Thin is one of the thinnest vacuum robots on the market. Can the height reduction be achieved without compromising navigation? 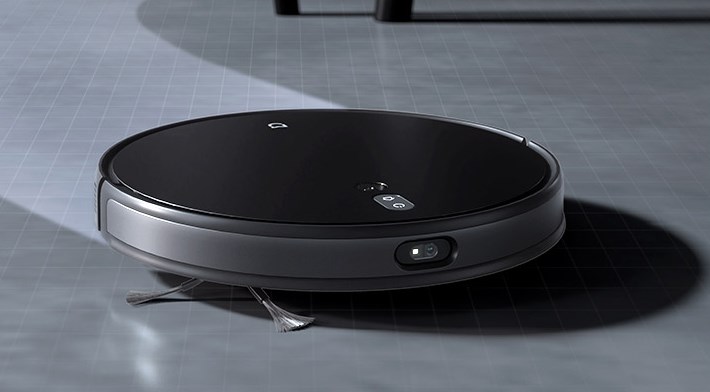 One element that takes up a lot of space is the tower for laser space measurement. That’s why this is left out and a camera-based navigation system is used. This is not an innovation in itself; numerous vacuum robots like the Dreame F9 and many more already rely on such a system.

The Mijia Ultra Thin also features 3D recognition on the front, which can also be found in a similar way in the top model Mijia Pro. The combination of both systems is intended to create a reliable navigation system. First impressions of the Mijia Pro also suggest that this could work without problems.

Despite size with suction and wipe function

Despite the low height, however, you don’t have to do without functions. In addition to the normal suction mode with 2000 pa suction power, the Mijia Ultra Thin also has a wiping function. The suction power is not the highest now, we even have models with 4000 pa by now, but it is sufficient for hard floors. 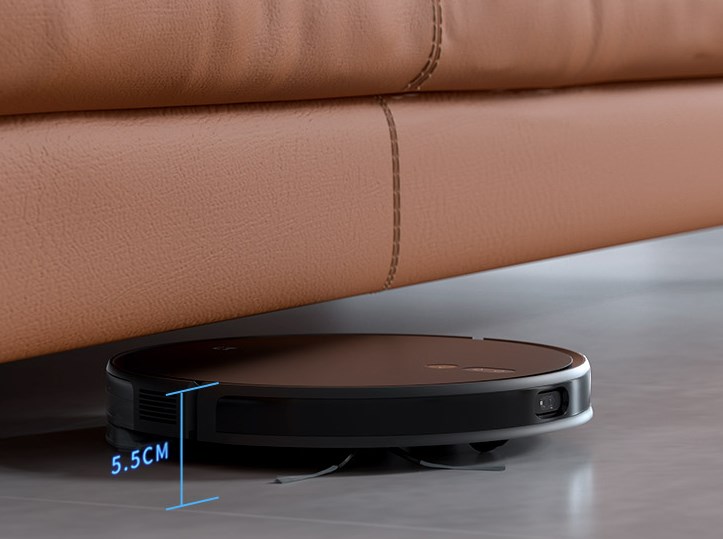 Depending on the carpet, you have to see in practice whether the suction power is sufficient. Presumably due to its size, Xiaomi only installs a 3200 mAh battery, whereas 5200 mAh are common by now. Thus, the robot vacuum achieves a runtime of 100 minutes according to Xiaomi.

One advantage that the robot vacuum has over many of its competitors is that it can also get under sofas and other low furniture, allowing it to clean there. This allows you to have another place in the home cleaned automatically. 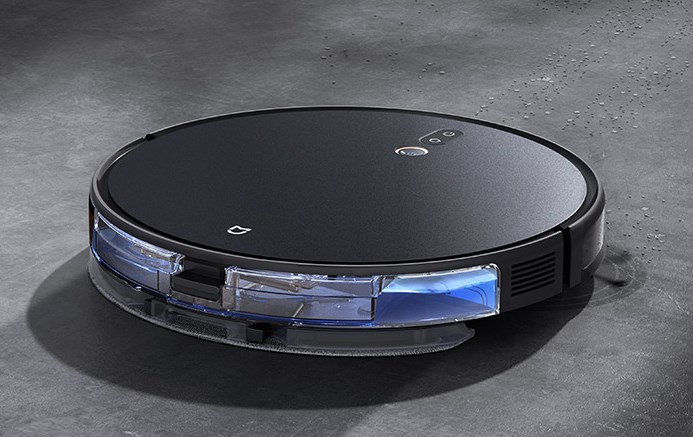 The dust tank turns out differently depending on the use. During mopping, the container (225 ml) is shared with the fresh water tank (200 ml). In normal suction mode, you can plug in the 500 ml dust chamber.

Of course, the Xiaomi vacuum robot is integrated into Mi Home app (Android/iOS). At the moment, this will only work via the China servers, but should it appear in the global version here, then of course also on the European servers. 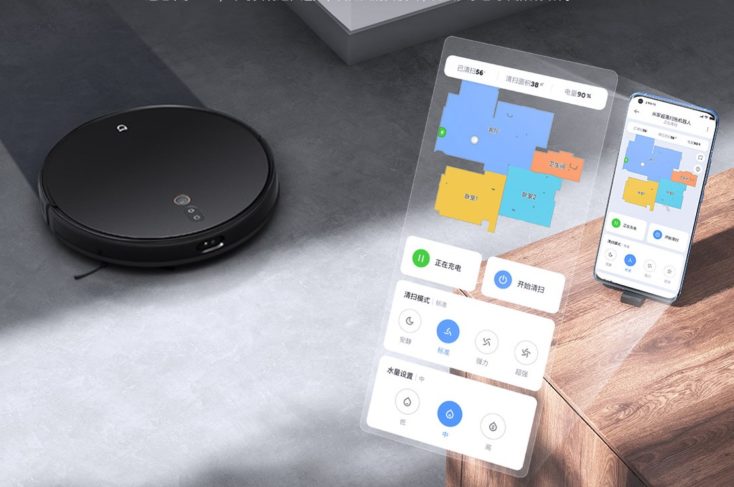 You have a lot of settings options in the app, and the Mijia Ultra Thin also creates a map. You can customize this map by creating virtual walls or defining no-go zones. This way, you can individually set what the robot vacuum should vacuum or mop.

Xiaomi has confidence in their development in 3D recognition, allowing them to launch the ultra-thin Mijia Robot Vacuum Cleaner. In China, it is currently available for 2199 yuan (~289€/$340). At AliExpress, there are already some stores with prices around 400€(~$472), where you have to pay customs & tax yourself. It is certainly worth waiting for Banggood & Co. if you are interested.