1 Kommentare April 26, 2019by Jens
Hey, guys! Just a heads up: The linked offer is already a bit older and the price of the gadget might have changed or it might not be available anymore.

This small box from Xiaomi is not only a simple Bluetooth speaker, but also supports Xiaomi’s own AI: the Xiaomi Mini AI Bluetooth Speaker. Does that make the speaker “smart”, and with what other features does it have to convince? 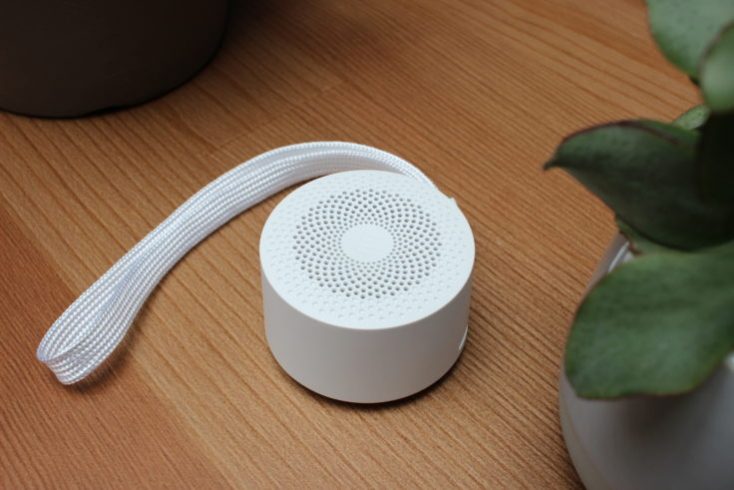 My first own product I got from Xiaomi was the mini Bluetooth speaker in 2015. It was the smallest speaker I had ever seen. Even today, there are few that are smaller, but still sound good. The AI speaker described here looks like the successor to the 2015 model at first glance and is similarly compact.

Design – A round thing

The round loudspeaker measures 6 x 6 cm and is only slightly higher than the old model. With a weight of 52 g it is also very light – half as heavy as a bar of chocolate. The holes on the upper side are no longer even, but arranged in a pattern, and a Mi logo in the middle reveals at first glance where the speaker comes from. Instead of metallic silver or gold, there is now only white as a selectable colour. But that suits the small box well. 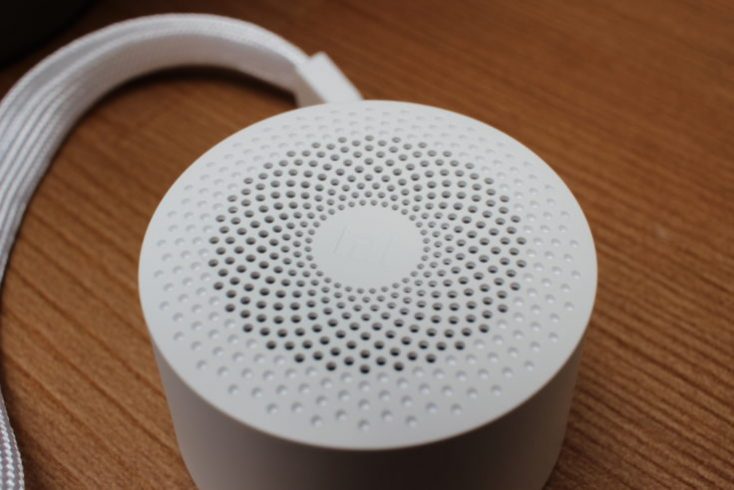 The only controls are two push buttons on the bottom: one to turn on and off and one for the microphone or voice control. Finally, I just want to say a few words. Due to the lack of keys, the volume can only be adjusted on the mobile phone. But a simple press on the power button pauses the running track.

There is a micro-USB connection for the power supply; this is not a real disadvantage, but I would have liked to switch to USB-C, since this standard micro-USB is also slowly replacing smartphones.

All in all, the Xiaomi Mini AI Bluetooth Speaker is very well processed. There are no gap dimensions, the surface feels very pleasant and the keys can be pressed pleasantly. The package also contains a fabric loop that can be attached to a small eyelet.

Of course you can’t expect too much from the sound. It’s still a 3 watt speaker, which can’t be used for your house party just because of its size. But it doesn’t have to hide either. The sound is clear, especially in the midrange, and doesn’t get “scratchy” even at maximum volume. Only the bass is a little weak, which is hardly avoidable. Especially outdoors, in the park or in an outdoor pool, the Xiaomi AI Speaker is a pleasant way to listen to music. 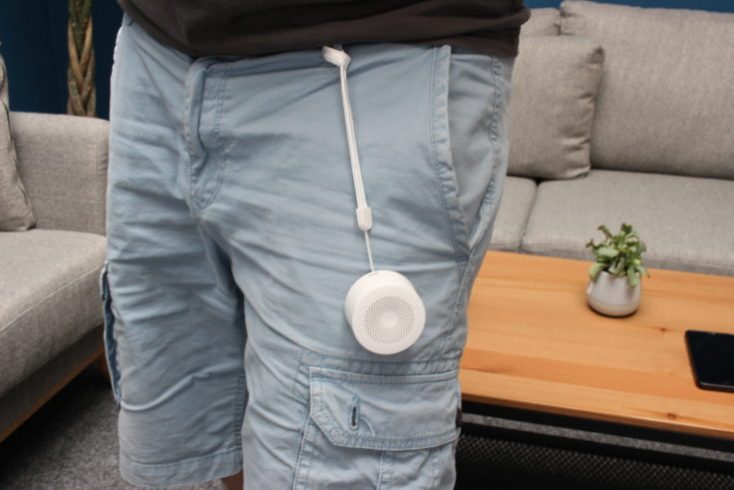 The box uses Bluetooth 4.2 for the connection, which as usual remains stable up to a range of about ten meters. The built-in battery lasts about four hours as promised by the manufacturer.

The actual killer feature here is of course the AI support. Xiaomi uses the same AI as in their other AI speakers. But so far they were all uninteresting for the same reason: The AI “Xiao Ai” only speaks Chinese. Thus it disqualifies itself practically automatically completely for the western market, which already offers many alternatives with Siri, Alexa and the Google Assistant.

It is therefore not really worth going into the many versions advertised. Whether it’s just a short voice message that you send, or integration into your own Smart Home – we are denied these functions. If you briefly press the microphone button, the speaker (in Chinese) will tell you to install the corresponding smartphone app. But you won’t find it in the Playstore, and the scanning of the QR code in the manual didn’t lead to any result for me. So let’s just tick off the whole point “AI” and treat the speaker as an ordinary Bluetooth speaker.

My conclusion here is essentially the same as with the first Mini-Speaker. For a price of a little more than ten dollars you get a really nice and compact Bluetooth speaker. Measured by its size, it also offers an excellent sound. If you sit outside in the sun in a small group, it delivers just the right volume. 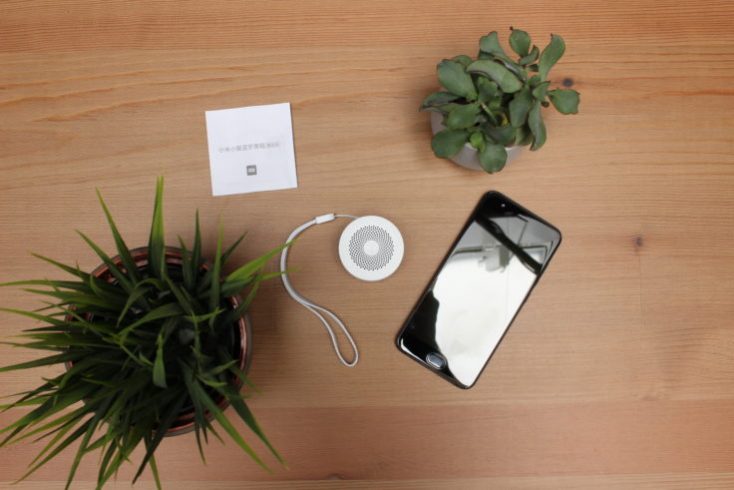 I don’t have any real criticism of the Xiaomi Mini AI Bluetooth Speaker, except that the use cases may be a bit special. Not everyone will really have use for the speaker. If you want really loud and powerful music, you have to look for a bigger model.

But the Xiaomi Mini-Speaker is unbeaten in terms of portability. Where you actually need at least one small pocket for each speaker, the Mini-Speaker simply fits into your trouser pocket.