0 Kommentare December 8, 2019by Jens
Hey, guys! Just a heads up: The linked offer is already a bit older and the price of the gadget might have changed or it might not be available anymore.

Shortly after two Mitu racing cars, another model from Xiaomi’s building blocks module series caught our attention. It is again a quite large model (almost 1,000 bricks), which again has many moving parts. The Xiaomi Mitu excavator. 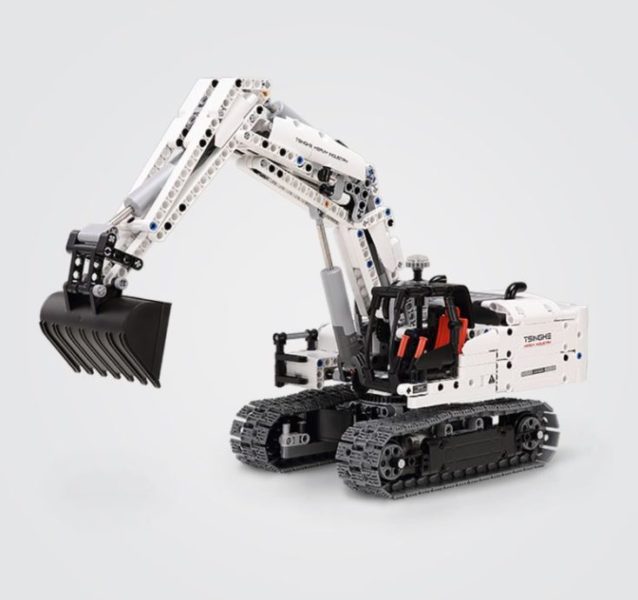 Xiaomi Mitu Excavator at AliExpress for $54.88

Like the two models mentioned above, the excavator is apparently only available on AliExpress. Xiaomi also sells it in China via Xiaomiyoupin. Interestingly, the models there are no longer called “Mitu” – it is conceivable that Xiaomi would like to remove the building block modules from the brand. Because of the obvious similarity we stick to the name until a new brand is recognizable.

All good things come in threes

After the truck and the crane it is the third construction vehicle, so slowly a pattern becomes recognizable. Especially to the truck the excavator fits thematically well, whether you play with it or show both next to each other in the showcase.

On the outside, of course, the similarity to all other Mitu buidling blocks is noticeable. The excavator is mostly white, single elements are in Xiaomi orange. I don’t know how you are feeling, but I like the model right away 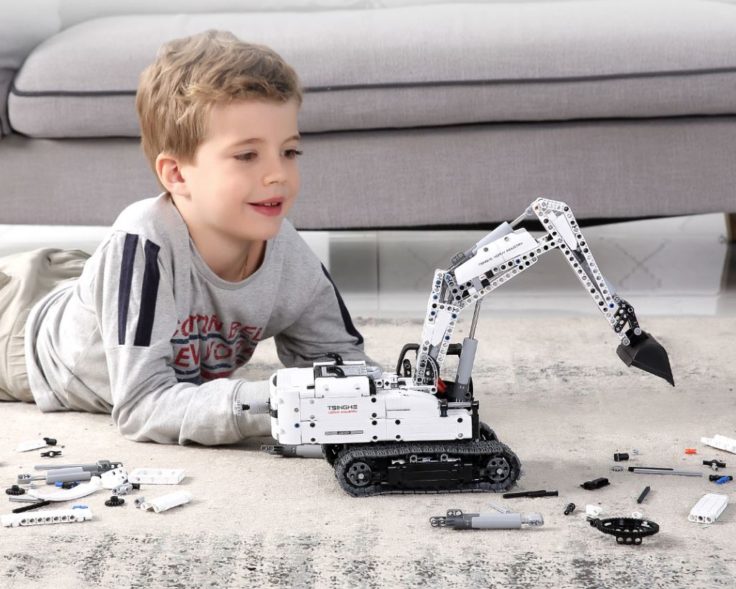 The chains are the same parts as the Rover, but unlike the Rover the excavator is not motorized. But there are a lot of movable elements. The tower can be turned and the shovel can also be moved by hydraulic components.

At least measured by the price per single part, the excavator is the cheapest model to date. $50-60 for 1000 stones is a really good price. It remains to be seen when and whether other China shops will sell it and the other, relatively new models and whether the price might even be better.