2 Kommentare January 15, 2020by Thorben
Hey, guys! Just a heads up: The linked offer is already a bit older and the price of the gadget might have changed or it might not be available anymore.

Admittedly, we have deliberately avoided smart watches for children here in the past. It’s a controversial topic because you don’t necessarily want total surveillance of your children. However, a quick look at the shops confirms a fundamental interest of many parents, not only in Asia. But apart from its intended use, the Xiaomi Mitu Rabbit 4 Pro also seems to be an interesting Smartwatch, not least because of its two integrated cameras. 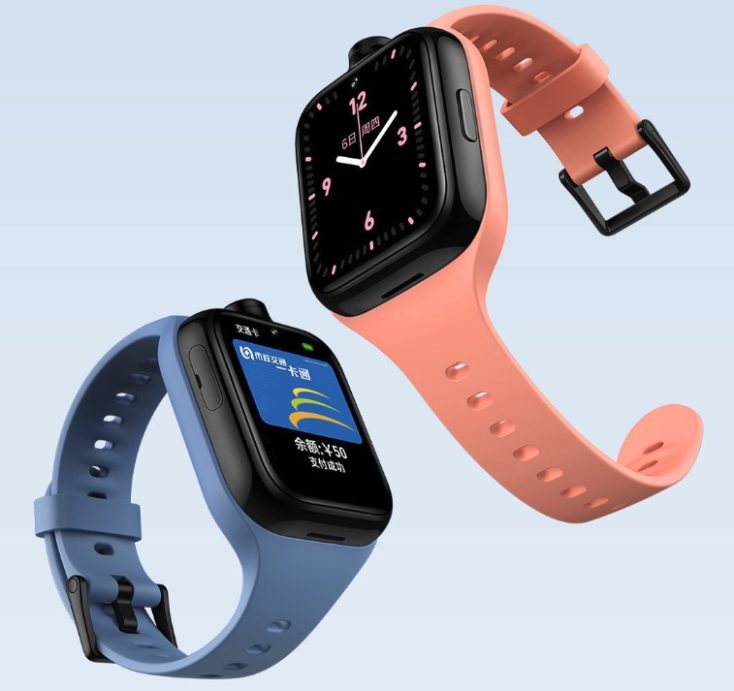 To be honest, I didn’t expect in advance that the latest generation of the kids’ Smartwatch would be given such a high-resolution AMOLED display. A screen diagonal of 1.78 inches results in a pixel density of 326 ppi. This makes the display as sharp as that of an Amazfit GTR. However, as children tend to be less careful with such a gadget, the panel should be protected with Gorilla Glass 3. 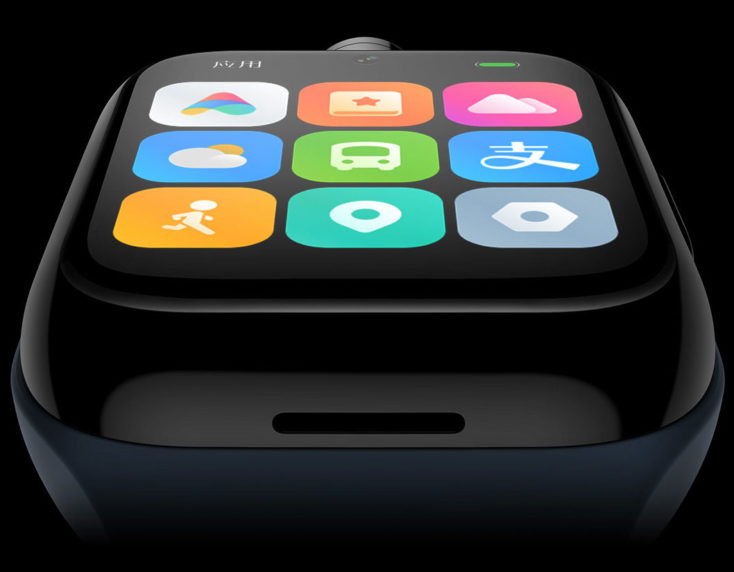 In general, Xiaomi opts for a square design here, which makes the watch very similar to an Amazfit GTS, even though the Mitu Kids Smartwatch 4 Pro is considerably thicker. Of course, Xiaomi has opted for a silicone strap here, which is available in two colors: blue and pink. On the watch itself, there is a function key on the right and a SIM slot on the left. Although the manufacturer does not give an official water-resistance classification, it claims that the watch is definitely water-resistant.

The elephant in the room are of course the two cameras already mentioned. The Xiaomi Mitu Rabbit 4 Pro Children’s Smartwatch could be the first Smartwatch with Notch, actually with Waterdrop-Notch. It has a 5 megapixel front camera inside. With a recording angle of 82° and a ƒ/2.4 aperture, this camera is intended for video telephony, “unfortunately” not for Face Unlock as it seems. The other camera is located almost directly above it, but is directed outwards and can record with 8 megapixels. This is intended to help parents recognize their surroundings during a video call, for example if the child is lost. 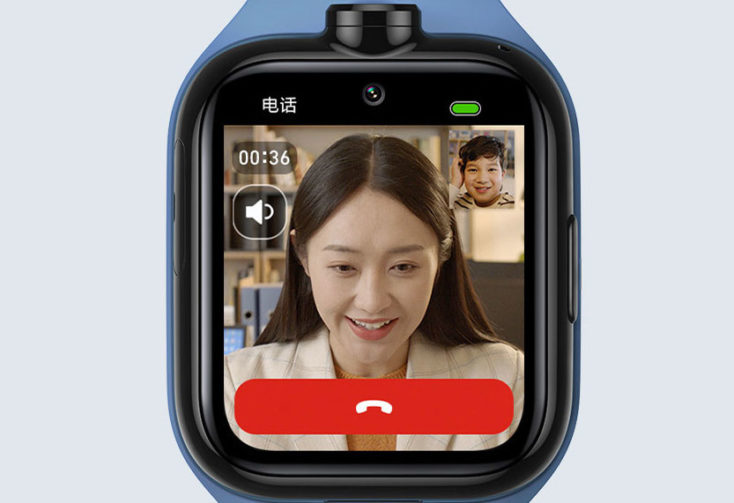 In general, both cameras are apparently not only supposed to be suitable for taking photos, but only to record videos that can be viewed in the gallery afterwards. For this, there is at least 8 GB memory for a Smartwatch. A 920 mAh battery, which should allow a runtime of 5 days, provides enough power. The watch should therefore be sufficient for a whole school week. 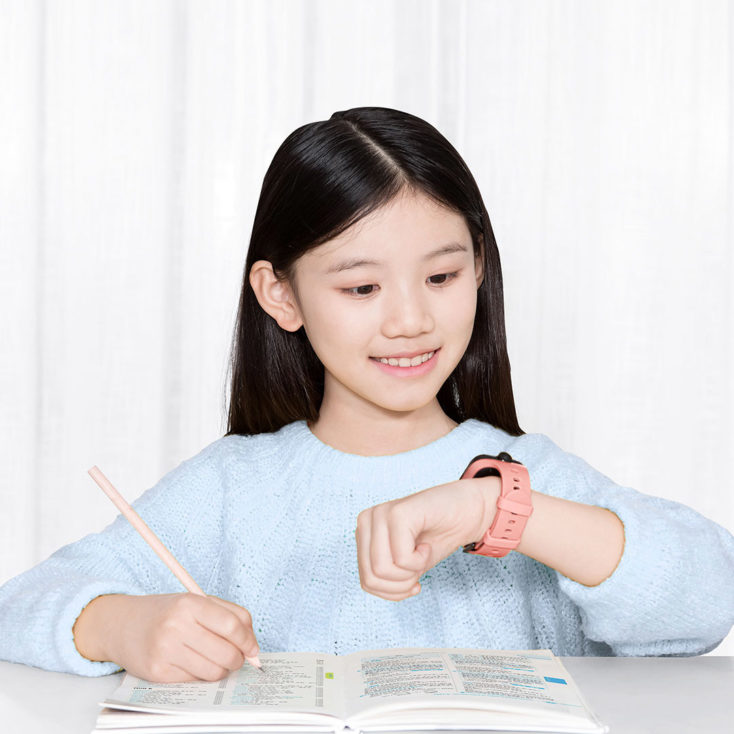 The Xiaomi children’s smartwatch works with the Qualcomm Snapdragon Wear 2500 processor, which is not the latest watch CPU, but it does have four cores. This is combined with 1 GB RAM. But more importantly, the watch of course has dual GPS, which is indispensable for accurate positioning. To enable (video) telephony, LTE support is also provided, hence the SIM slot on the side. In fact, even NFC is integrated, so that children can use not only public transport but also AliPay for contactless payment. 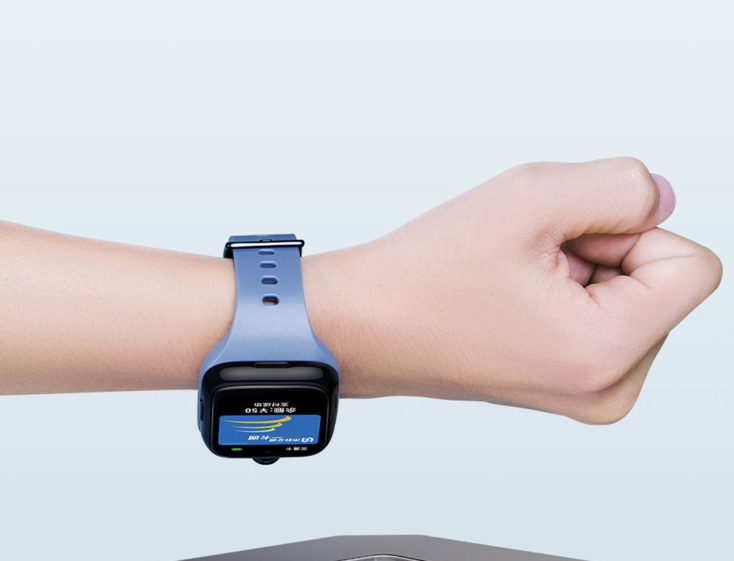 The app overview reveals even more, quite interesting features. For example, children can pair Bluetooth headphones, use one-click navigation and an SOS function, but they can also be woken up and have their steps counted. Parents can also switch off the clock remotely. For this, a highly adapted Android 8.1 operating system is used.

As mentioned at the beginning, a children’s Smartwatch is quite controversial. Apart from its intended use, the watch itself actually sounds pretty good: AMOLED, 1 GB RAM, large battery, NFC, LTE and an adapted Android 8.1 operating system. All this for a price of around $190 from China is quite justified. However, there is only a China version of the Mitu Children’s Learning Smartwatch 4 Pro available so far, for us the watch is not interesting for the time being due to the Chinese language. The same applies to the Mi Watch.

Your opinion is requested. Would you let your (potential) child buy and use such a watch? I am very ambivalent. For an emergency, the watch is certainly practical and can theoretically make all the difference. Also features like the one-click navigation home can be quite practical, as well as the possibility for parents to deactivate the clock remotely. But I don’t know whether this necessarily requires two cameras and integrated NFC.