The thinnest (folding) smartphone in the world: Xiaomi Mix Fold 2 with Leica camera

After Samsung presented two new foldables at the Unpacked event, Xiaomi has not let itself be left behind and also presents a new foldable smartphone. The Xiaomi Mix Fold 2 is not only the second foldable from the manufacturer, but also the thinnest (foldable) smartphone in the world.

The thinnest smartphone in the world

The Mix series from Xiaomi has always stood for experimental design. During the Xiaomi keynote, Lei Jun not only reflected on his life, but also on the Mix smartphones such as the legendary Mi Mix Alpha. The new Xiaomi Mix Fold 2 is the successor to the Xiaomi Mi Mix Fold, which could also be described as a Galaxy Z Fold copy. However, the vertical folding is retained and an inner and outer display is offered again. The housing in particular has been redesigned. 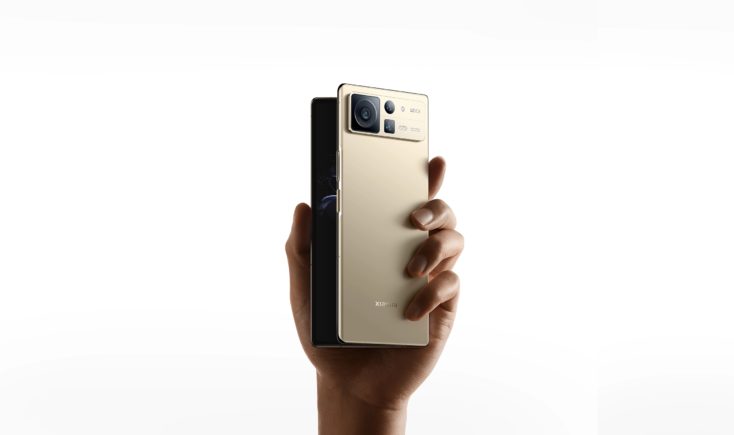 When unfolded, the Xiaomi Mix Fold 2 is now the thinnest smartphone in the world. At least, if you only include halfway current models. It measures just 5.4 mm thick, if you exclude the camera module and the hinge. This makes it 0.9 mm thinner than the new Samsung Galaxy Z Fold4 or Vivo X Fold. But even when folded, it has a maximum thickness of 13.2 mm at the hinge and 11.2 mm at the edge of the casing. This makes it barely thicker than an iPhone 13 Pro Max – a comparison that should not be missing from a Xiaomi keynote. At the same time, the weight is supposed to be well distributed and it should be comfortable to hold. That’s only possible because they’ve redesigned the hinge and come up with their own micro waterdrop design, which is also 35% lighter.

The Xiaomi Mix Fold 2 comes in at a weight of 262g and is available in black and gold. Unfortunately, the IP68 rating, which would protect the phone from water, has to be waived once again.

The Xiaomi Mix Fold 2 is also a tablet

The outer display now measures 6.56″ diagonally, making it minimally larger than its predecessor, and the pixels are arranged in a 21:9 aspect ratio. Like the inner display, the AMOLED E5 display from Samsung offers a refresh rate of 120 Hz, which is protected with Gorilla Glass Victus. At 1000 nits, the brightness is slightly lower than that of the main screen. Apparently, Xiaomi uses an Eco OLED screen here, which is less reflective thanks to POL-Less technology. 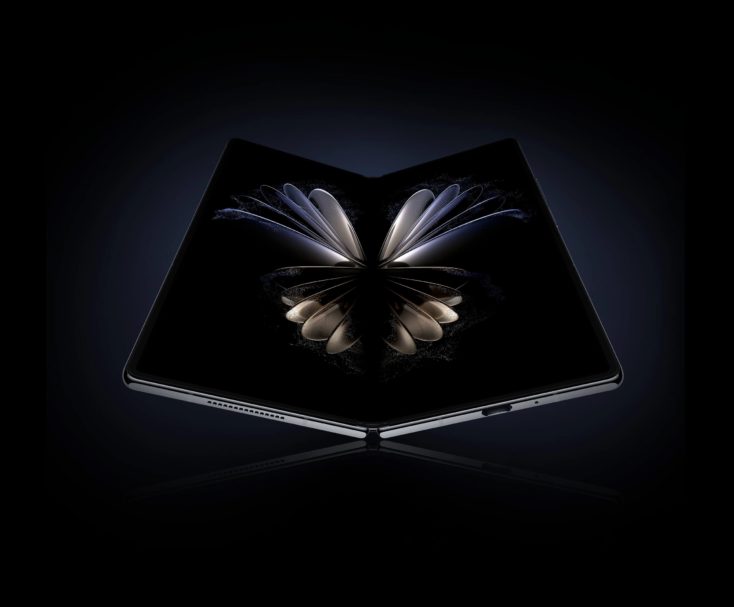 The inner screen is 8.02″ diagonal, almost half an inch larger than the Galaxy Z Fold4, but only marginally larger than its predecessor. For comparison, the current iPad Mini measures 8.3 inches. So in the case of the Mix Fold 2, one can definitely speak of a tablet (replacement). The resolution of 2160 x 1914 pixels results in a pixel density of 360 ppi, a good value for a tablet! This is an LTPO 2.0 AMOLED display, which can automatically adjust the refresh rate between 1 and 120 Hz. An important lever for good battery life. The maximum brightness of 1300 nits is relatively high, but this only applies to HDR10+ content.

Not so surprising is the choice of processor. As in the Xiaomi 12S Ultra, the Qualcomm Snapdragon 8+ Gen 1 processor is inside the foldable. The manufacturer’s new top chip offers a clock frequency of 3.2 GHz and is 10% stronger in CPU & GPU with 30% better performance per watt. The chip is also in the Galaxy Z Fold4, so performance-wise they are on the same level. However, this is also due to the storage, the Mix Fold 2 is the first Xiaomi smartphone with up to 1 TB storage capacity like Samsung. But there is also a 12/256 GB and a 12/512 GB version. Since the Xiaomi Mix Fold 2 was only released in China, the Xiaomi MIUI Fold operating system is only available in English. This is based on Android 12 and features some new multi-function tools.

With 4,500 mAh, the battery is somewhat smaller than Samsung’s; the particularly thin design was probably more important here. On the other hand, it can be charged quickly with 67W via cable, for which the battery was also divided into two cells here. Unfortunately, wireless charging is not possible. Charging is done via the USB-C port on the bottom, and there is also a dual-SIM slot with support for 5G and LTE Band 20, which means that the Chinese version could also be used here almost without restrictions. WiFi 6 Plus, Bluetooth 5.2, NFC and dual GPS are also on board. 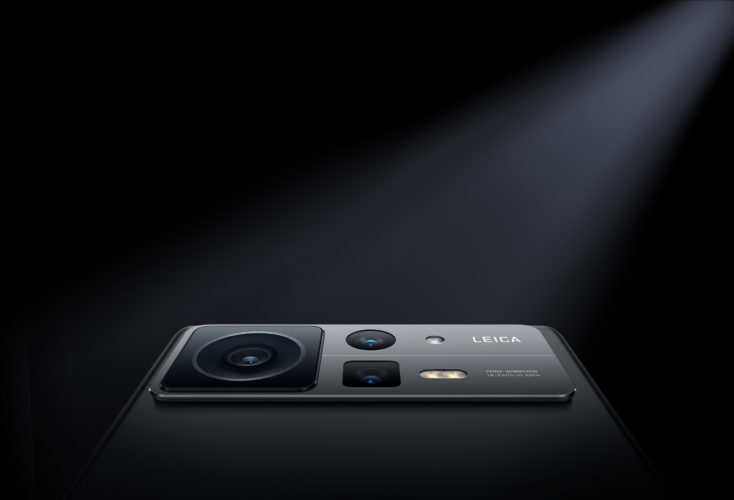 After the Xiaomi 12S series was the first one in which the cooperation with Leica was lived up to, the Xiaomi Mix Fold 2 now follows. Funnily enough, it “only” works with the 50-megapixel Sony IMX766 sensor with ƒ/1.8 aperture, which is also found, for example, in the 300€ OnePlus NORD 2 or Xiaomi 12. Hopefully, however, they will also benefit from the cooperation with the German camera manufacturer. This also applies to the 13-megapixel ultra-wide-angle camera with ƒ/2.4 aperture and 15 mm focal length. In addition, there is a 2x optical zoom with a focal length of 45 mm. A 20-megapixel selfie camera is on the front, but unlike the Z Fold 4, it is not under the screen.

Xiaomi Mix Fold 2: Is it too late?

The fact that the Xiaomi Mix Fold 2 is the thinnest smartphone on the market is impressive. The revised design suits the device well and yet you hardly have to do without battery. In addition, there is now even 1 TB of storage and a powerful processor. You can certainly also be happy about the Leica collaboration, but the main sensor is a downgrade. The Xiaomi Mix Fold 2 will probably never make it to Germany either, which is why we can refer to the Galaxy Z Fold4 at this point. Of course, the Fold 2 is cheaper in China with a starting price of just under €/$1300, but in Europe it will probably be as expensive as the Z Fold4.