0 Kommentare October 4, 2021by Alex
Hey, guys! Just a heads up: The linked offer is already a bit older and the price of the gadget might have changed or it might not be available anymore.

One of the most popular features of wearables is contactless payment. This is usually reserved for more expensive smartwatches like the Apple Watch or Samsung Galaxy Watch 4, but it will soon be available for the Mi Band thanks to Mastercard Pay. Xiaomi wants to make contactless payment even more affordable and introduces the Xiaomi NFC Mi Pay Strap – a watchband with NFC. 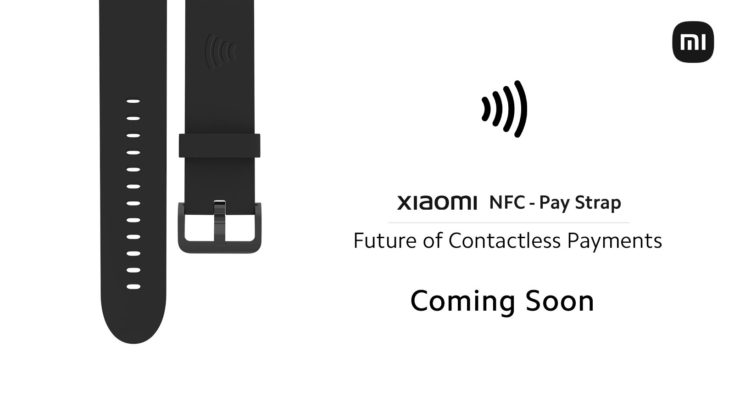 We don’t know much about the Xiaomi NFC Pay Strap yet, in fact there isn’t really any more info than the image that was shared on some social networks by Xiaomi. There you can see a black silicone strap, like the ones found on almost every smartwatch or fitness tracker. On one side, you can only see an NFC symbol, which indicates that there is an NFC chip there that is supposed to enable contactless payment with the wristband. Thus, it would theoretically not be necessary for the smartwatch or the watch to have NFC. 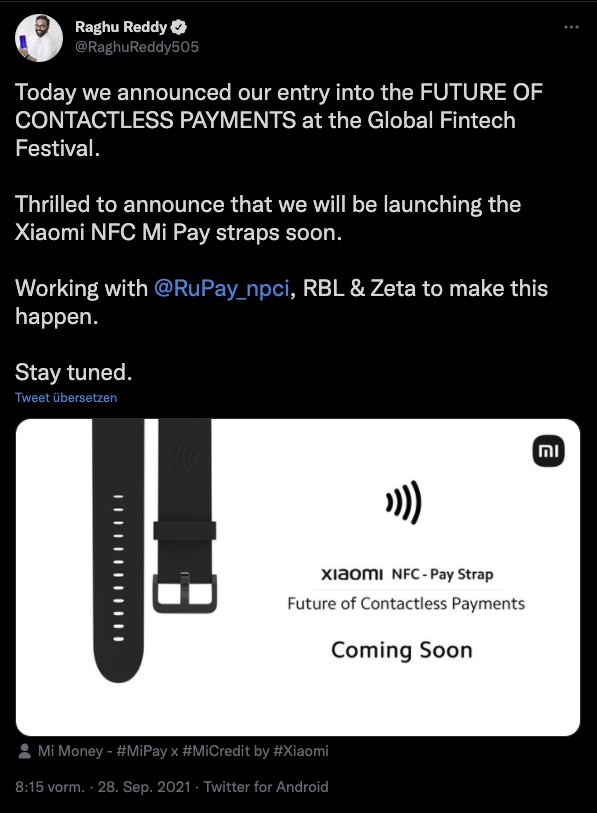 Nevertheless, there is still the question of implementation. After all, only NFC is not enough for contactless payment, since it also has to be integrated on the software side. If the wristband is to be attached to any smartwatch, the NFC tag must first be paired with the cell phone in order to be connected with Google Pay, for example. The question is then whether Google Pay is even an option, probably the service is only limited to Mi Pay for now, which is not yet available here. Theoretically, something like that would also be possible with Fidesmo, but it is questionable whether Xiaomi will work with it. 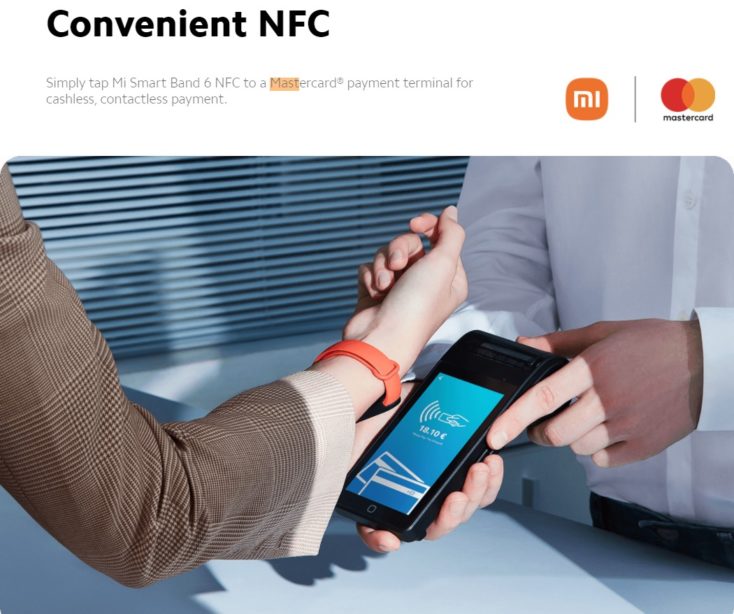 For now, the Xiaomi NFC Pay Strap only seems to be launched in India. The company is working with Indian providers like RuPay for this, but an exact release date is not known yet – “Coming soon” is the motto here. Since the Mi Band 6 with NFC payment was announced for Europe and Germany, we at least have some hope that we will also see this interesting idea in Germany. However, we also expect some restrictions; the Mi Band will probably only allow payment via MasterCard.