4 Kommentare July 25, 2018 by Maike
Hey, guys! Just a heads up: The linked offer is already a bit older and the price of the gadget might have changed or it might not be available anymore.

The Xiaomi M365 E-Scooter has already created enthusiasm in our office and is an integral part of it. A similar model is the Ninebot ES01, which is the result of a cooperation between Ninebot and Segway. 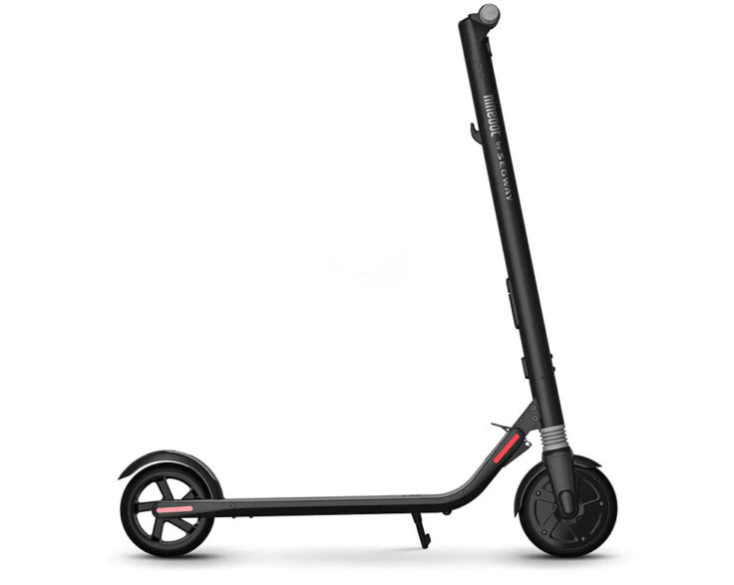 The company Ninebot belongs to Xiaomi and bought Segway. Segway will certainly be known to most of you. The Ninebot ES01 is available under the name, in China Xiaomi apparently takes over the distribution. For example, you will find the reference “from Xiaomi Mijia” in the article name. That’s why Xiaomi appears here in places as a reference.

If you have ever driven a scooter yourself or given your children this pleasure, the design of the Ninebot ES01 should not be new either. Like the Xiaomi M365, the ES1 comes in black with a few bright red accents. At first glance, the Ninebot looks a bit more compact, but this is only partially true. It is 6 cm shorter in length than its big brother, but just as wide. However, the Ninebot ES01 looks a bit more modern overall. This is also due, for example, to the curved transition from the running board to the front wheel. 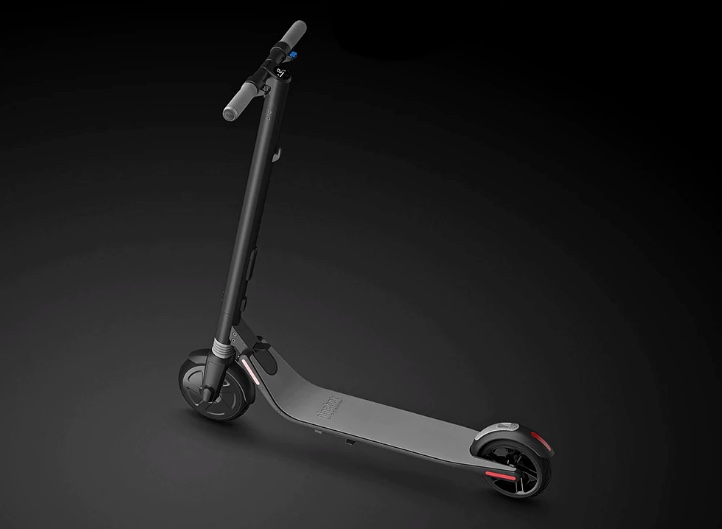 The tyres vary in size. The front wheel measures 8 inches diagonally, the rear wheel with a 7.5 inches diameter is slightly smaller. They are equipped with an anti-slip surface and are also shockproof. In between is the footboard, which allows a maximum load of 100 kg. The whole e-scooter is made of aluminium and protected according to the IP54 standard. This means that the Ninebot is protected against internal dust deposits and water jets.

For good transport the Xiaomi Ninebot ES01 is of course foldable again. Who intends to hold it over longer distances in the hand, however, should have seen a gym from the inside in the last 8 weeks to build up some muscles. At 11 kg, it is 1.5 kg lighter than the M365, but that’s still a proud weight. If you are familiar with the name Ninebot, you may remember the Ninebot Plus Scooter, which looks like a small Segway.

The weight, of course, is no accident. The electric scooter has a 500W motor. This brings the so-called E-Floater to a maximum speed of 20 kilometers per hour and is able to ascend to a gradient of 10°. The maximum range is specified as 25 km. This is due to the 5.2 Ah Li-On battery. Interestingly, there is even an additional battery for the Ninebot, which brings the range to an astonishing 45 km! But you have to pay accordingly. It takes 3 hours to fully charge the scooter. The battery also serves for the front LED and the LED screen in the handlebars. 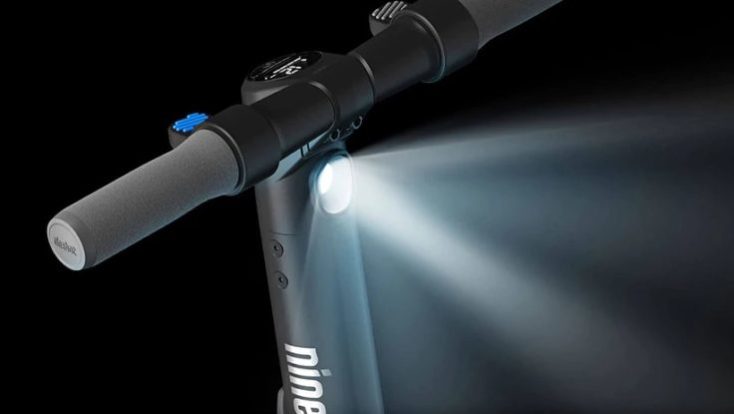 20 km/h is already a decent speed for a scooter. Accordingly, a brake is of course important. Both an electrical and mechanical brake are used and ensure a braking distance of four metres at full speed. 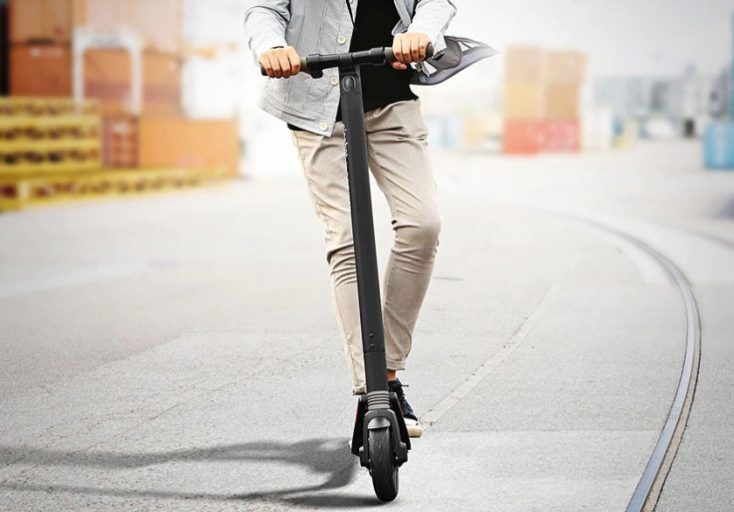 Similar to the M365, an app is also available for the Ninebot. You can use it to set cruise control or lock the scooter, for example.

The Xiaomi Ninebot ES01 now offers a more powerful motor with 500W, but not at the same maximum speed. The loading speed is faster and the weight has also changed a bit. This is ultimately reflected not only in the design, but also in the price. The Xiaomi Ninebot ES01 is currently the cheapest scooter in the Xiaomi fleet.