0 Kommentare September 17, 2018by Thorben
Hey, guys! Just a heads up: The linked offer is already a bit older and the price of the gadget might have changed or it might not be available anymore.

With the Xiaomi Piston Pro 2, the Chinese manufacturer has launched a new hybrid in-ear with jack plug! Although Xiaomi itself hardly carries any current smartphones with jack cables, the business with the jack connection still seems to be worthwhile. Find out here how the new Xiaomi Piston Pro 2 differs from its predecessor and what makes it better! 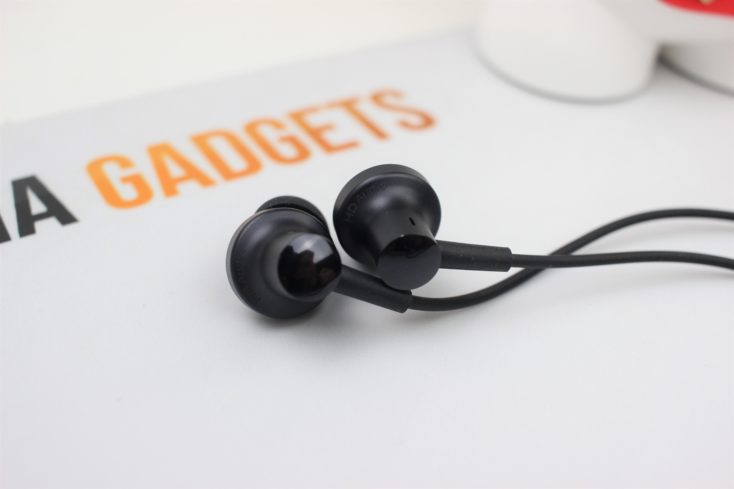 At first sight I am a little disappointed by Xiaomi’s latest in-ear. The second version of the Xiaomi In-Ear, the Piston V2, was our first Xiaomi gadget! Even then the In-Ear, which was shipped in a hard plastic case, looked quite high-quality! For each in-ear cushion there was a fixed place and also the headphone itself is neatly wound up in this version.

With the new Xiaomi Mi Piston Pro 2 or Xiaomi In-Ear Headphones Pro 2 (QTEJ03JY), they behave unfortunately like the Xiaomi Mi Hybrid IV. The In-Ear has arrived in a boring shelf plastic packaging. Inside there is no high-quality hard plastic case and also no tidy accessories.

The Xiaomi Mi Piston Pro 2 is wound up lovelessly, three pairs of in-ear cushions are mixed up in a plastic bag and a carrier bag is not included. While older Xiaomi in-ear headphones have seemed much more expensive than they actually are, the Xiaomi Piston Pro 2 af unfortunately only seems to correspond to its real price at first glance.

In contrast to the unloving packaging and the poor scope of delivery, the in-ear itself is once again strong! The design of the Piston Pro 2 features various Xiaomi in-ear models from recent years. Handset, control and jack plug are covered with metal elements similar in colour to the Xiaomi ANC in-ear with jack plug. In addition, the design of the control element is confusingly similar to that of the Xiaomi Mi IV Hybrid or Piston V3.

As with some Xiaom In-Ear models, the cable of the new Xiaomi Piston Pro 2 is also equipped with textile insulation. For the first Piston Pro, only rubber insulation was used at this point.

The Chinese manufacturer has not disappointed us in terms of workmanship for a long time now, and with the Xiaomi Piston Pro 2 this does not change either. Metal elements are cleanly milled and processed, the plastic used does not look cheap and the ear cushions included in the accessories also make a good impression.

With a total weight of only 14.5 g, the in-ear is very light. Almost too light to maintain the high-quality first impression. However, a weight of about 3g per earpiece should allow a comfortable wearing of the in-ear. 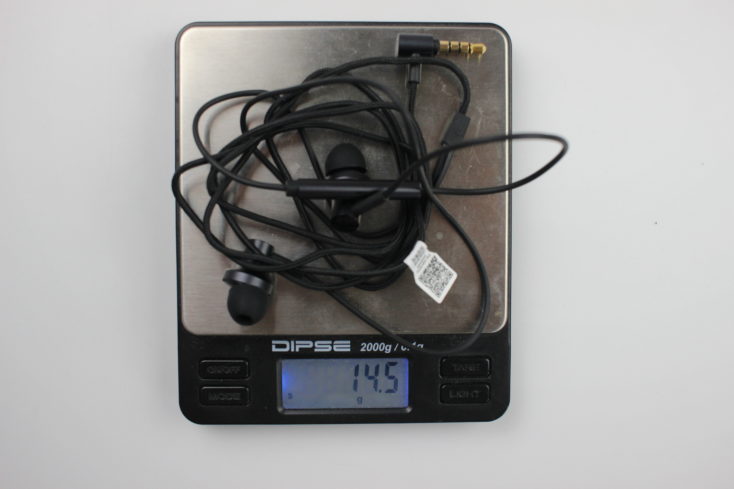 Sound of the Xiaomi Piston Pro 2

This is probably the most important innovation of the Xiaomi Piston Pro 2, which is also a Xiaomi Hybrid In-Ear with dual drivers. Like its predecessor, it uses both a dynamic driver and a balanced armature driver. The small fine difference is the material of the membrane of the dynamic driver, which consists of graphene. 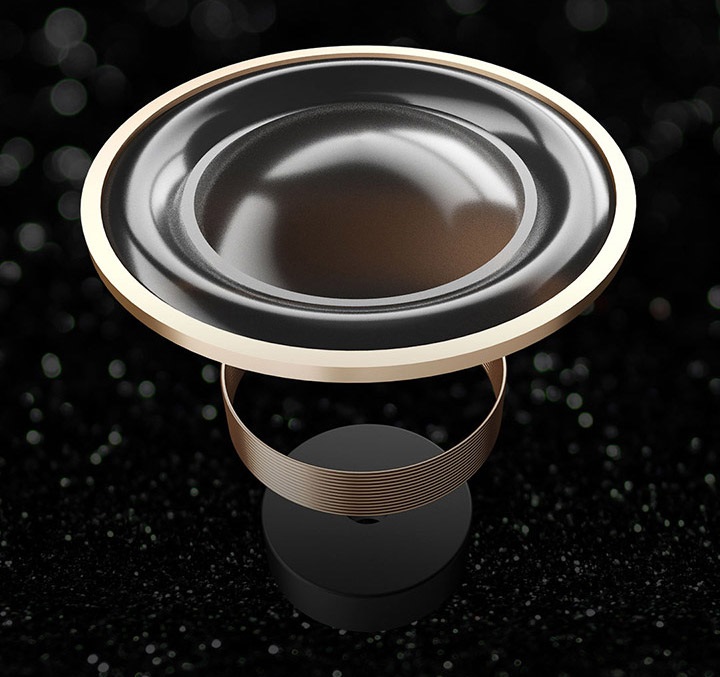 Xiaomi seems to have just discovered this rather new material for loudspeaker membranes, because graph drivers are also used in the new Xiaomi Mi Gaming Headset. These are characterized by the fact that the diaphragm oscillates very well compared to other materials and is 100 – 300 more tear-resistant than steel. This results in a better quality in the frequency response.

While the Xiaomi Mi IV Hybrid were considered a real “bass miracle”, the Xiaomi Piston Pro 1 were thought of a more balanced sound with a significantly reduced bass. On the other hand, the sound is more differentiated, especially in the high and medium range.

On the other hand, the sound is more differentiated, especially in the high and mid-range, and the detail is impressive for a headphone of this price range. With the Xiaomi Piston Pro 2, the manufacturer combines the best of both headphones. It has very precise high and mid-range, which, to my taste, is in very good proportion to the powerful basses.

Personally, the Piston Pro 2 flashed me really hard and I think that this is Xiaomi’s best in-ear in terms of sound. It’s just so much fun to listen to music! One wonders all the time how the hell such a clear and at the same time bass intensive sound can come out of a 14 gram ~$22 in-ear?

As always, there are three buttons on the control. Unfortunately, the function of this is again limited under iOS and only under Android is the full range of functions usable.

The functions of the buttons 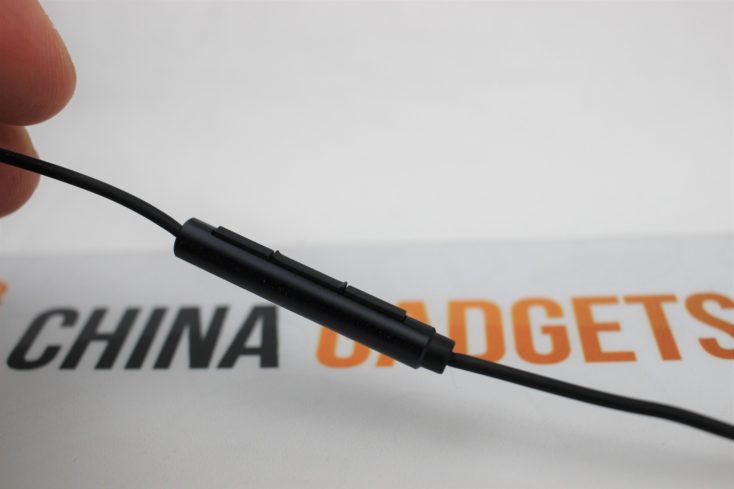 Under iOS only the multi-function button can be used, unfortunately the volume cannot be adjusted. But also under Android an important function is missing. Unfortunately, the previous title cannot be selected with the control.

The microphone built into the control element achieves the usual good results. When we tested it, the person I was talking to generally understood me well. Disturbing noises were rare, for example due to wind or friction on clothing.

Even though the first impression was not the best, the Xiaomi Mi Piston Pro 2 turned out to be a direct hit. It was influenced by various predecessor models. In the field of design, elements of the Xiaomi Piston V2/V3, Xiaomi Mi IV Hybrid and the Xiaomi ANC In-Ear can be found. The overall processing is very good, there are no production or material weaknesses.

For some time now the sound of a Xiaomi In-Ear has flashed me right again. The Xiaomi Piston Pro 2 is a brilliant mix of the Xiaomi Mi IV Hybrid, which became famous for its powerful bass and the Xiaomi Piston Pro 1, which set new standards in this price category with its high-resolution high and midrange. Speaking of price, the price-performance ratio is unbelievably good here, the in-ear easily takes on brand in-ears for ~60-100$, such as the Sennheiser Momentum.

If you like full bass, you will love the Xiaomi Piston Pro 2! If you’re more of a fan of classical or live music, the Piston Pro 1 could be the better choice.