0 Kommentare June 15, 2018 by Maike
Hey, guys! Just a heads up: The linked offer is already a bit older and the price of the gadget might have changed or it might not be available anymore.

Xiaomi Piston Pro is the name of this new headphone from Xiaomi. The sound quality of the hybrid headphones is to be further improved here. We have now tested the in-ears for you and how they performed! 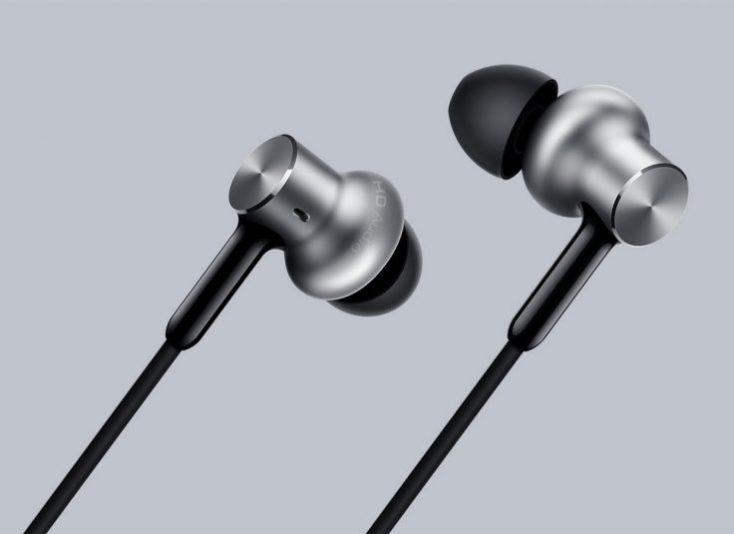 Unlike the Mi Hybrid, the headphones come in the usual packaging for the Xiaomi Piston series. In addition to the in-ears themselves, a small transport bag, instructions in Chinese and ear cushions in 4 different sizes are included in the delivery.

Most manufacturers only include ear cushions in three different sizes, Xiaomi traditionally adds a fourth size.

If you unpack the Xiaomi Piston Pro, you get the feeling that the headphones could have cost far more than $30. They are very well processed and feel simply high-quality. These in-ear headphones do not have to hide next to my Sennheiser Momentum, at least visually and in terms of the materials used.

The outside of the driver unit itself was only slightly modified, so the Piston Pro are also made of a metal alloy in the typical piston design, only the cable routing directly on the headphones was slightly adapted.

In addition, the microphone unit on the right earpiece of the Piston Pro is now made entirely of metal, and Xiaomi has given the three control buttons more space in between. It is much easier to distinguish the buttons by simply touching them. Unfortunately, under iOS only the middle Play/Pause button still works.

Last but not least, Xiaomi (finally) also removed the often criticized fabric coating. This often tended to twist and warp with the Mi Hybrid. Slightly small nodules were formed, which made the cable look wrinkled. You won’t have that problem with the Piston Pro.

Sound of the Piston Pro

The Piston Pro are like their predecessor hybrid headphones. Xiaomi no longer advertises this explicitly on the Piston Pro, as it is no longer a rarity. Xiaomi has used a combination of BA (Balanced Armature Driver) and dynamic drivers for both the previous model and the Piston Pro.

Here too: Please note that this is an assessment based on my personal opinion and not a generally valid fact. Please keep in mind that the headphone costs about $20 and you must see my assessment in relation to the price. Of course there are better headphones, but they don’t cost $20, but a few $100.

In my opinion, the Xiaomi Piston Pro is very difficult to compare with its predecessor. Here it clearly depends on what you personally prefer. The Piston Pros convinced me with crystal clear highs and a strong midrange, the basses are also clear and powerful, but not as dominant as the Piston Hybrid IV – in my opinion very pleasant! People for whom only the Bass Boost of In-Ears counts may be disappointed. Especially in the field of electronic music or in other genres, where overly intensive basses play a strong role, one hears that the low frequency is not so dominant.

On the other hand, the Piston Pros cut a much better figure in all other, non-bass-dominant genres. Even classical music is a pleasure with these in-ears. In the right audio quality there is no background noise even with very quiet song passages and you can listen to the sounds undisturbed, for example from a solo piano. Also songs from the pop/rock genre can be heard very well with the Piston Pro. I especially liked recordings of a live concert in good audio quality, with my eyes closed I almost had the feeling of standing in the crowd.

Unlike dynamic drivers, BA drivers are designed in such a way that they cannot displace external air and are therefore less bass intensive. They are ideal for clear and precise heights. Many premium class headphones are equipped with several BA drivers, which are designed for different frequency ranges. However, these are correspondingly more expensive than dynamic drivers. Thus Xiaomi has made a compromise with hybrid technology and uses a BA driver for the high frequency dynamic drivers for mid and low frequencies.

Xiaomi Piston Pro can be used as a headset microphone?

With the Xiaomi Mi Hybrid, some users reported that the built-in microphone had some weak points and we also had some problems with the call quality during our tests. However, we had no problems with the Piston Pro, both under Android and iOS.

During my test phone calls, my counterpart confirmed that he understood me very well. “It’s like having your cell phone right in your ear.” Rubbing the microphone against your clothes will cause minor noise, but not to the extent that the person you are talking to no longer understands anything.

The Xiaomi Piston Pro in-ears have grown significantly in the high and mid-range. The sounds are very clear and authentic. Even “more demanding” recordings from the field of classical music can be heard pleasantly, as there is hardly any background noise.

Mainstream” music can also be listened to very well. Here, too, the sound is clearer than the previous Piston models. Although the basses are not as dominant as the Mi Hybrid IV, they fit better into the overall sound.

Music lovers who listen to music according to the motto: “The main thing is the bass bang” make the better decision with the Mi Hybrid IV, because of its bass dominance. I can recommend the Piston Pro to users who attach more importance to the overall concept.