Xiaomi Populele 2 – successor of the popular smart Ukulele for $97.88

1 Kommentare April 27, 2019 by Maike
Hey, guys! Just a heads up: The linked offer is already a bit older and the price of the gadget might have changed or it might not be available anymore.

One of the surprise gadgets of the last years is certainly the Populele. A “smart” ukulele was probably missed by only a few, but the instrument met with a lot of interest and many fans. Now the successor, which is simply called “Populele 2”, comes onto the market. Are there some new features besides the redesigned look? 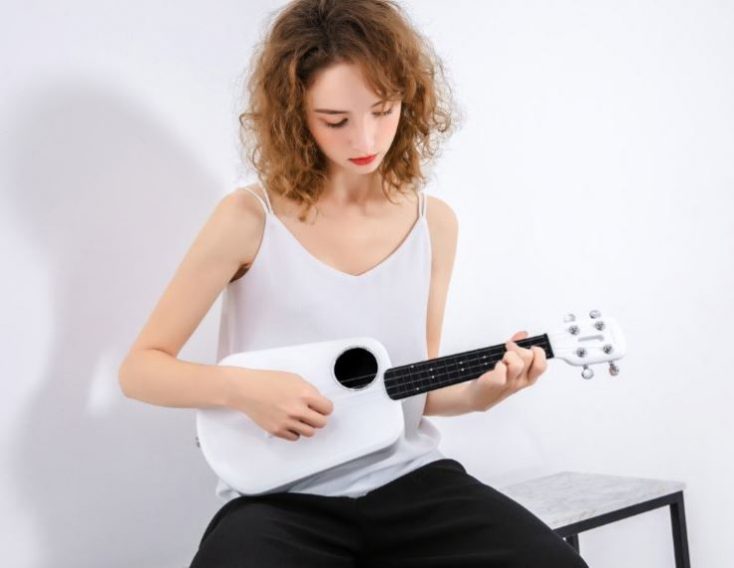 The name “Xiaomi Populele” quickly became established for the ukulele, even though the Xiaomi or Mijia logo cannot be found anywhere on the instrument. Instead, it is produced by PopuMusic, but sold via XiaomiYoupin in China.

Changes to the Populele

Instead of being made of wood as before, the new Populele is now made of plastic, or more precisely of SAN (styrene-acrylonitrile copolymer). Instead of light wood, the populele is now available in black or white. The sound hole moves to the left side and the shape of the body has changed significantly. Probably one wants to achieve a modern appearance, but we are not yet convinced by the changes; we liked the more classic look of the small guitar better. The strings of the mini guitar are carbon strings, in contrast to the nylon strings of the first Populele.

But beauty is in the eye of the beholder. Please tell us what you think of the design decision in your comments.

Another innovation is the power supply. As before, the ukulele can be connected to your smartphone via Bluetooth, and there are LEDs in the fingerboard (which will help you learn/practice later). This of course requires energy. Unlike before, the ukulele is no longer charged via a micro-USB cable. Instead, there is a small, removable battery compartment for two AAA batteries. There is also the power button. 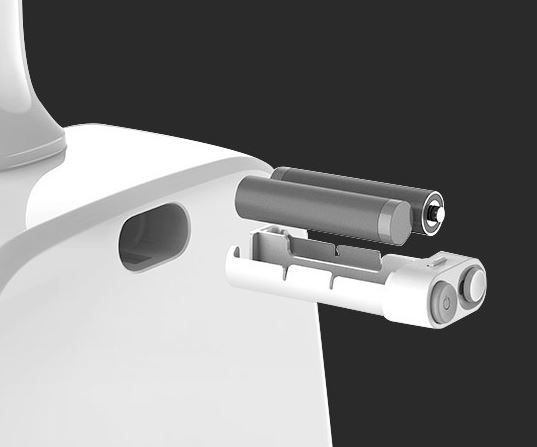 There is no real information about changes to the app. The Populele 2 can be used again with the Populele Smart Ukulele app. Here you can learn in single lessons the different chords and later first songs. The Populele 2’s illuminated fingerboard will help you learn how to grasp. If you practice long enough, you might make it to the lady’s level below in the video soon.

For more information about the app, just have a look at our review of the first Populele, where we explain the features in detail. Since both instruments use the same app, nothing changes here.

After the apparent success of the first generation (and already a model with a new design) the Populele 2 is probably the next logical step. But there are no real innovations. The sound should differ considerably due to the other material, the changed shape and the carbon strings, but how the Populele 2 really sounds can only be judged if you play it yourself.

Are the new features enough for you? Do you like the new design, or do you prefer the more classic look of the first Populele? We’re still hesitant whether it’s worth trying this version of the ukulele for yourself. So tell us what you think about it.