2 Kommentare March 10, 2020by Tim
Hey, guys! Just a heads up: The linked offer is already a bit older and the price of the gadget might have changed or it might not be available anymore.

After Roborock launched the H6, the first Chinese cordless vacuum cleaner with a built-in display, Xiaomi is now following suit with its subsidiary Shunzao. The Shunzao Z11 Pro, however, costs a lot less and is even said to have more suction power. It was financed by Xiaomi’s sales and crowdfunding platform “Xiaomiyoupin”. 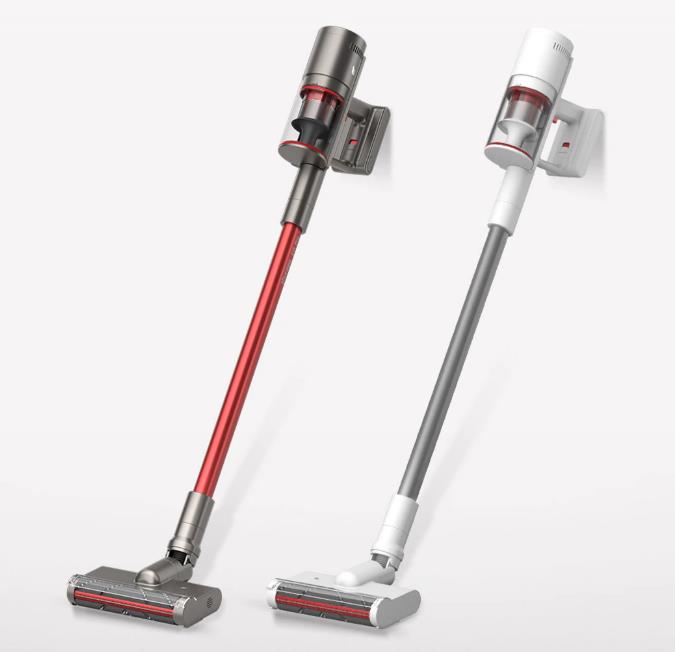 Some of the values given in the shops are highly questionable, especially the dimensions and weight of 6 kg. The vacuum cleaner will be much lighter than stated there. It’s also strange that information about the size of the display is missing: This will also result in about 1.3 inches like the H6.

We haven’t seen Xiaomi’s own brand, Shunzao, too often, although they have already launched some products in the household sector. Even if the manufacturer’s name doesn’t make you want more, it’s the technical data that makes you want to know more – even if it has to prove itself in practice.

The Shunzao Z11 Pro’s motor works at 125,000 rotations per minute (Roidmi NEX: 120,000), just like the Dyson V11, which we are currently having compete against the China models as a comparison model (test report coming soon). Both the Dyson V11 and the Roborock H6 have a lower suction power than the Z11 Pro with 26,000 pa. Of course, suction power isn’t everything, but it is more relevant for battery-powered vacuum cleaners than for vacuum robots, where navigation is also very important.

Unfortunately there is no LED light on the floor nozzle. But instead of this you can see a motorized mite attachment, which allows you to free textiles from house dust mites. The battery is also replaceable, which can significantly extend the life of such a device. Shunzao states that the 2500 mAh battery can be replaced seven times before its life is over.

Personally, I find the Shunzao Z11 Pro very interesting, even if you can’t be 100% sure that the technical data is correct. I’m also not yet completely convinced of the display, whether it is really necessary and shows as many values as the Roborock H6. The H6 still leads our Top 5 of the best battery vacuum cleaners. In comparison to the H6, the Z11 Pro has advantages in some points, but disadvantages in terms of working time, for example. Could be a tighter race than one would generally expect from a so far rather unknown manufacturer.

As we haven’t had a Shunzao product for testing here yet, the assessment of workmanship and material is not so easy, but normally the products of Xiaomi subsidiaries are good to very good. Especially tempting is the price in relation to what the Z11 Pro brings with it. A bit more expensive than Dreame and Jimmy, but cheaper than Roidmi and Roborock. Oh, a promotional video is also available if you are interested:

What do you think: Is the Shunzao a serious contender for the established manufacturers?